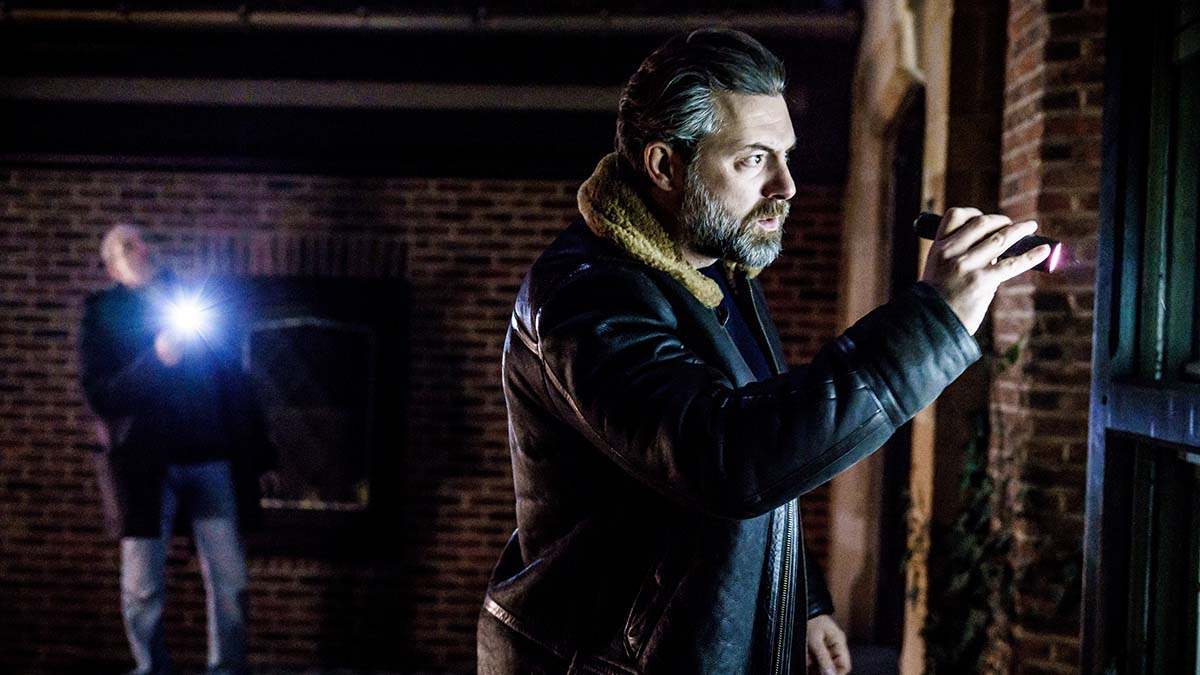 Sadly, this is nothing to do with the iconic Scorpions album from 1982 of the same name. Instead, it’s a Belgian thriller involving a nationwide power cut, a kidnapping and political intrigue.

‘Blackout’ stars the excellent Sara de Roo as Annemie Hillebrand, the Belgian Prime Minister. She’s speaking in the Parliament one afternoon when she receives an anonymous video on her phone. It involves a cryptic message that doesn’t make sense at the time, until – a short while later – the whole country (and some of its immediate neighbours) is plunged into darkness. Then the penny drops and Annemie fully realises the very personal threat involved.

Annemie calls up Michael Dendoncker (Geert Van Rampelberg), an officer with Belgium’s elite security force and a close friend, to help her and her husband. She’s reluctant to engage the police at this stage, worried that involving them could backfire on her family’s safety.

Michael’s investigations into the cause of the power cut soon expose sabotage at a nuclear plant in Westerdonk and weaknesses in Belgium nuclear power security. When employees at the plant are discovered to have been pressured into assisting the saboteurs, involving threats to their own families, the stakes are raised as it becomes a race to restore power and secure the safety of innocent lives.

There’s lots to like in this thriller. There’s little preamble – you’re almost immediately drawn into the drama as you witness Annemie’s heightened anxiety about the welfare of her family. It’s no-nonsense, thrill after thrill entertainment – quite old-fashioned (in a good way) in its delivery.

The script is good quality and the acting – particularly from de Roo and the award-winning Van Rampelberg – is impressive. The storyline flirts close to the line of unbelievability, to be honest – for example, would an entire country’s power go out because of an issue at one nuclear station? And would the PM really decide to exclude her police force in her situation? But it’s not meant to be a factual story, so you can forgive some stretching of realism along the way. Some of the peripheral characters are a bit two-dimensional too, but it’s unfair to judge on the strength of just one episode.

In all, there are ten episodes of this series, and a lot seemed to happen in just the first one. I’m expecting plenty of twists and turns along the way, before we finally learn what has happened, why and by whom – and I’m looking forward to seeing how it all pans out. It won’t change your life, and you might find yourself scratching your head from time to time saying “really?”. But if the idea of a bit of low country thrilling escapism floats your canal boat, this will tick the box.

Walter Presents: ‘Black Out’ is available as a boxset on All 4 now.

In this article:Blackout, Walter Presents