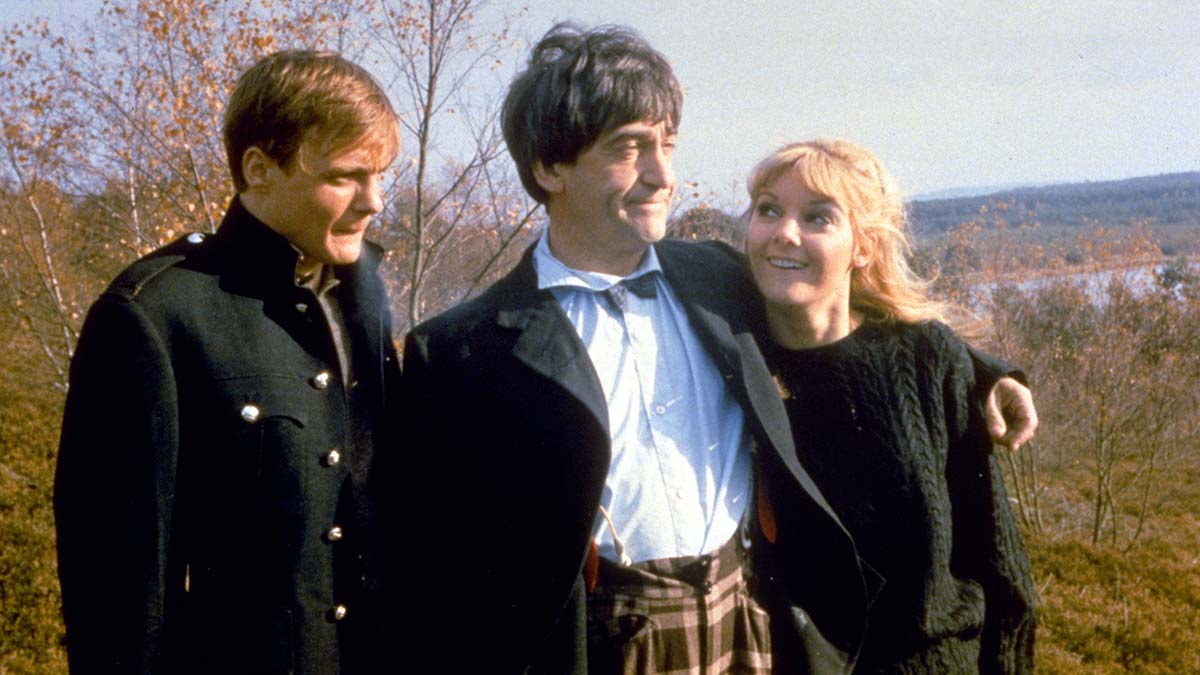 The making of classic ‘Doctor Who’ is a fascination that continues to endure among fans of the show. Back in the late 1960s, the science-fiction programme underwent a tumultuous period with much chopping and changing of the production team. Lead actor Patrick Troughton provided continuity. He came to be regarded as one of the greatest of all the Doctors, though declining viewing figures at the end of his tenure left the long-term future of the series in some doubt.

‘The Doctors The Pat Troughton Years Behind the Scenes Vol. 1’ is your chance to hear from the people who were there about what exactly went on during the making of the show. Missing episodes and grainy black and white prints lend this period an ancient and enigmatic quality that is ripe for mythologising, much of which is uncovered here. These interviews span almost twenty years – 1986 to 2007 – but this collection brings together insights from many of those responsible for bringing the show to our television screens, and almost all of whom are sadly no longer with us.

My favourite interviewee on this release is Victor Pemberton (who died in 2017). He served as script editor for part of Pat Troughton’s era and contributed the missing classic ‘Fury from the Deep’ – that’s the one with the seaweed! Pemberton is caught three times on this release. The bespoke instalment finds him in 1989 at his home, intercut with later during 1996 in studio. Perhaps uniquely, Pemberton had also enjoyed a minor role as an actor in Troughton’s ‘The Moonbase’, though he’s sheepish when talking about his acting credits and changes the subject quickly. Yet there is a strong element of performance in his interviews that makes him so engaging. He’s also confident enough to excoriate the Paul McGann television movie (new at the time), and much of ‘Doctor Who’ from the 1980s. Whether or not one agrees with his views, such candour is rare, especially these days when we are so used to banal luvvie love-ins. Bless you, Victor!

Pemberton later worked with Tom Baker on the audio adventure ‘The Pescatons’, which he recalls here. You’ll also find him later on a panel at a convention, holding court alongside a surprisingly shy and awkward Michael Craze (an early Troughton companion). Usually it’s the other way around for writers and actors! Filmed in 1986, the instalment later brings onto the stage producers Peter Bryant and Innes Lloyd. Here’s why we must be eternally grateful that there was a camera rolling: Lloyd talks about the casting of Pat Troughton and Bryant spills the beans on casting his second choice for the next Doctor – Jon Pertwee! Thankfully, some of the other guests are on hand to remind him of who his first choice was, but that particular actor had bigger fish to fry… The picture quality is slightly poorer for that instalment, but the sound is good, and the possibility of being able to revisit Panopticon VII, some thirty-eight years on, makes it all so special.

Other interviewees similarly straddled different eras of the show and worked with multiple Doctors. Shaun Sutton, the first contributor (who died in 2004), relates the key role he played as the BBC’s Head of Serials in the casting of Patrick Troughton as the Doctor, much to the chagrin of Sydney Newman. Not only that but he had input into the casting of Jon Pertwee and Tom Baker (which he denies here), and turned down an offer to be the show’s very first producer! Recorded in his home in 1998, he is relaxed and informative, and gives a very affectionate account of his long involvement with the show. He describes Pat Troughton’s Doctor as a 1,000 year old leprechaun with the secret of eternal age, which is just perfect. He’s also the man who asked Barry Letts to take over as producer. Shaun Sutton is one of the largest influences on ‘Doctor Who’, yet his contribution is often overlooked. Finally he’s offered the limelight here.

You can also enjoy an hour-long interview with the show’s shortest-serving producer, Derrick Sherwin (who died in 2018). As he straddled the Troughton and Pertwee eras, producing the former’s final story and the latter’s debut, he’s qualified to talk about the Troughton era, though much more of the interview is taken up with Pertwee and the recording of ‘Spearhead from Space’. Reading between the lines, Sherwin seems to have more fondness for Pertwee’s Third Doctor than Troughton’s Second. Even though this interview might have been a better fit on a Pertwee release, his insights into the reality of making television (and his personal reasons for quitting ‘Doctor Who’) are sure to enthral any fan.

As with some previous releases in this series of interviews, this volume rounds out with two instalments from ‘Doctor Who’ conventions in 2007 that brought together less celebrated guest artists. Names on this collection include Red Whitehead, Ralph Watson, Anthony Colby, George Layton and Sonia Markham. A highlight is actor Peter Roy recalling playing 006 in ‘Thunderball’ opposite Sean Connery. His contributions to ‘Doctor Who’ are usually ‘blink and you miss them’, but if you enjoy actors’ stories, then these segments will draw you in. For more casual viewers, they may prove a little niche.

Despite some of the focus being pulled from the era of the Second Doctor, most of this release is a solid celebration of early, vintage ‘Doctor Who’. The stories are affectionate and insightful. Enjoying these reminiscences now always comes with an enormous sense of debt and gratitude for the labours of Keith Barnfather and Nicholas Briggs in having the foresight to set these down for posterity. These collections will enormously enrich the collection of any ‘Doctor Who’ fan, and embellish the insights on offer from the extras on the BBC’s commercial releases. In many ways, these DVDs are the most in-depth analyses of the making of ‘Doctor Who’ you will ever experience.