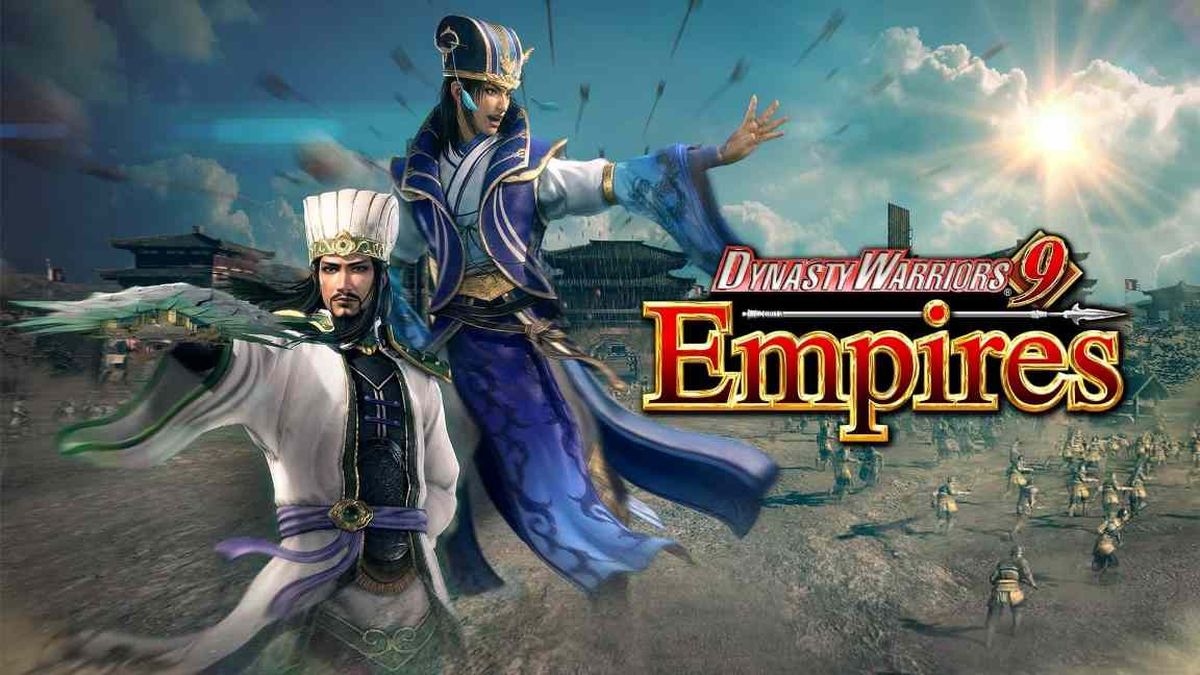 I might be standing alone on this hill, but I love the Warriors saga. Yes, they’re janky games and yes, there’s an element of copy-paste to each title, but every time I play a game in the saga, I have a blast. The Dynasty and Samurai series in the WU (Warriors Universe), typically have a mainline title, an expanded Xtreme version and a strategy version called Empires. I’ve played every single title and spin-off to some degree but even as a die-hard fan, I really didn’t like the 9th entry in the Dynasty Warriors series. Today, we’ll be looking at the Empires spin-off of the 9th entry, typically one spin-off I don’t like, but you never know. This might win me over.

Like every other title in the series, this game takes place during the Three Kingdoms era of China. Following Empires tradition, the game puts the plot on the back burner to focus on its gameplay systems. There are opportunities for you to forge emergent stories based on where you conquer and who you talk to, but there’s no meaty plot here. That’s totally fine for a spin-off, so I can’t knock the game down for that.

The Empires titles break down into two game modes, let’s call them Conquer and Combat. The Conquer system is where you’ll choose to either be a ruler or a general and your goal as both is to dominate all of China. As a ruler, you have control over the finances and strategies your army will make and every month you’ll pick an action. You’ll ally with other armies, you’ll break allegiances, you’ll trade and yes, even battle.

The more interesting position is the general. As you rise in ranks, you’ll be able to suggest certain actions each month and sway the ruler into going with your suggestion. Here, you can be a Wormtail and slowly inject your influence for an eventual betrayal, or genuinely try to help your ruler succeed. A general is more likely to battle than a ruler, though both have plenty of opportunities to let blood. You can also be a freelance fighter, but your options are very limited. Month to month, there is light resource management and you’ll have to make sure the castle have good defence levels as well as ensure each general has a full amount of troops. You’ll be invaded every so often, or asked to help another army. There’s always something going on each month and the game does a great job keeping things easy to follow.

This brings us to the second gameplay system, Combat. The series staple of smashing thousands of enemies to paste is true here and it’s so satisfying. The Empires games give you the same large maps as the main title, though due to the open-world nature of DW9 these are large segments of that map, and both armies are given bases to protect or attack. From there, you’re essentially just attacking enemy bases and destroying supply lines until you can access the main camp and kill the leader.

To keep things fresh, the game has a litany of strategies you can use which have their own benefits and drawbacks, and you may need to hit certain milestones in the level in order to enact them. There’s a risk/reward system here that works surprisingly well because if your strategy backfires you’re in trouble and of course the enemy army use strategies themselves. One of the main criticisms I have with the Empires spin-offs is how repetitive they are battle to battle and DW9:E does a great job making battles feel kinetic, protecting battering rams and using grappling hooks to get over castle walls gives the player options as opposed to rushing the enemy main camp and waiting for the commander to turn up.

Combat and Conquer are the main gameplay systems, but this game also introduces the ‘Stroll’ feature. This takes up an action per month but allows your character to walk around the open world and recruit new generals, or build bonds with others. Previous titles have had similar concepts and you even get a little upgradeable room, whereas in previous games there was an upgradable town. This is nice and all but there’s a really bizarre design choice in this system.

The entire Dynasty Warriors 9 map is available and it’s completely empty. I don’t know exactly how big it is, but Assassin’s Creed: Odyssey comes to mind when I think about its insane size. There’s nothing to do in this massive map at all, not only does its inclusion not make sense, the fact you can do everything in this system via a menu just breaks my brain. Other smaller features include a character creator and a ton of lore information which is equal parts historical and fantastical. With a campaign that can easily last 30 hours, there’s probably close to 200 hours of content if you’re going for 100%.

On a visual front, this game is lacking in many areas. The Warriors games generally don’t look the best but there are games from 5 years ago in this series that looked better and I can only assume the open-world concept is what’s hampering the visuals, despite the character models being solid. The soundtrack is pretty good but previous entries were much better. It’s worth noting all dialogue is in Japanese. PC players may have to root around the config file to enable higher resolutions and as far as bugs go…nothing to report.

Okay, so the Empires titles aren’t my thing. They’re weirdly at odds with what makes the series so good and maybe going to an RTS style would help this spin-off. The issue is that when you’re battling you may be defeating thousands of soldiers but the battles still feel empty. I will definitely give credit to this game for streamlining some systems and making battles feel more spontaneous but there’s still a lot missing. It makes me wonder who these games are for. Are they for fans of the hack and slash genre or fans of the strategy genre? Why the need to add the entire open world with fast travel but no actual side content or have the battles take place there?

DW9 had a poor reception so this spin-off had to fight an uphill battle but, to add to the confusion, as an Empires game it’s probably the best. I’m left with a confusing mess of a game that’s kind of decent but I’m also frustrated with this long-running series still not having a clear vision. Maybe it’s a budget issue, but there is potential for something incredible and they never quite hit that mark. All I do know is the series is best when it’s stripped down and can only hope developer Omega Force go back to the drawing board.

Dynasty Warriors 9: Empires was reviewed using a digital code provided by the publisher.