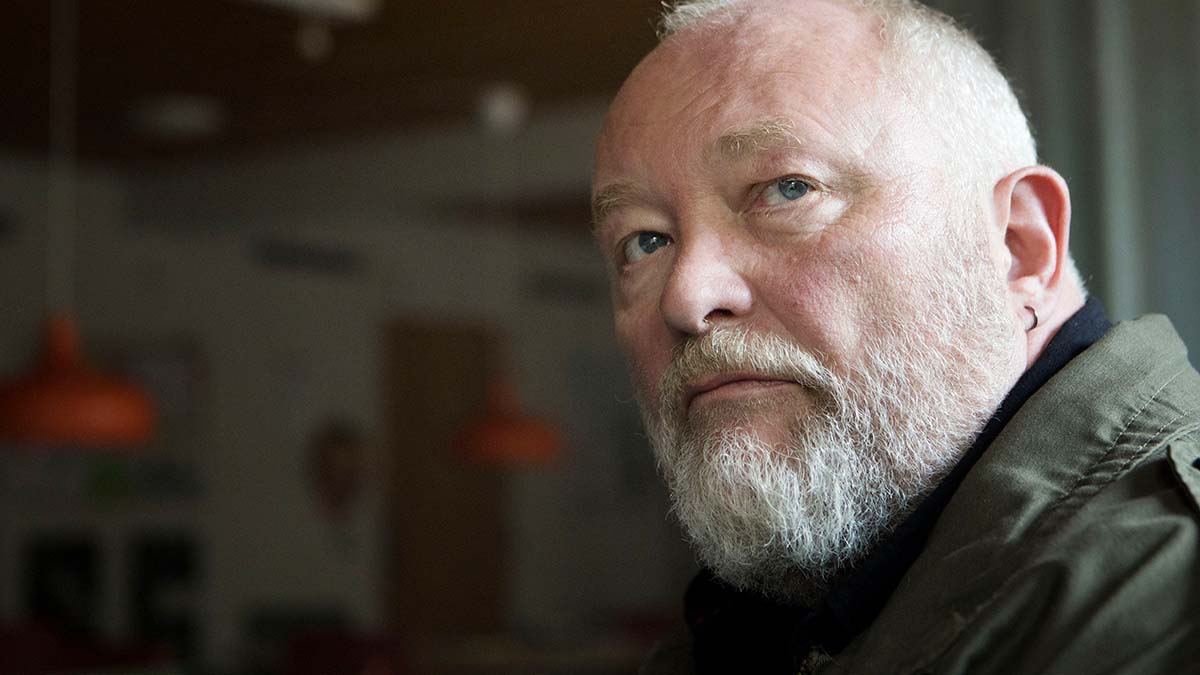 Every now and again you find a series that makes you sit up and take notice. Something a bit special. ‘Cry Wolf’ – on the strength of the opening episode, at least – is a bit special. That shouldn’t come as a surprise as it features Denmark’s finest in Bjarne Henriksen, who many of you will undoubtedly recognise from such Nordic Noir favourites at ‘The Killing’, ‘Seaside Hotel’, ‘Borgen’ and ‘Trapped’.

In ‘Cry Wolf’, Henriksen plays Lars – a popular and experienced social worker asked to investigate the case of Holly, a fourteen-year-old girl whose essay rang alarm bells with her teacher. In her writings, Holly has accused her stepfather of abusing her and her younger brother, Theo. But how much of it is true, and how much of it is the fertile imagination of a teenager? Lars believes there’s enough evidence – Theo’s arm is in a cast, for example – for him to remove the children from their parents’ care and move them to a foster home whilst the claims are investigated. But has he been too impulsive?

The mother, Dea, played by Christine Albeck Børge, doesn’t believe her daughter and tells Lars that she is a troubled child who likes to make up stories. Could it be that Holly – who witnesses her mum and stepdad having sex shortly before the essay is written – is trying to split up her mum and her husband?

A lot of dramas coming out of Scandinavia rely on the scenery to embellish what can sometimes be a rather flimsy storyline. ‘Cry Wolf’ doesn’t need to do that – it’s all about the characters and narrative, and it really is a first-rate drama.

Henriksen is superb as the likeable social worker; a big bear of a man with a heart to match. But credit should also go to the younger ones in the cast. The wonderfully named Flora Ofelia Hofmann Lindahl plays Holly, the disturbed and slightly Carrie-esque teenager at the heart of the drama. Her performance is quite exemplary and entirely believable – she’s a star in the making. And even Noah Storm Otto, who plays seven-year-old Theo, puts in a fabulous performance as the youngster who has trouble focussing and appears to be struggling with ADHD. It’s wonderful to see such mature performances from two such young actors.

But it’s the old stager, Henriksen, who is the real draw here. Has Lars been hoodwinked by the fragile and vulnerable Holly; or is she truly the victim of horrific abuse from her stepdad – a man with a criminal past? We shall find out – although I hope the title isn’t a spoiler. It’s a strange title to go with given that it seems to suggest she has fabricated the whole thing – unless it’s a double-bluff, of course.

This is a superb character-driven drama of the highest calibre.

Walter Presents: ‘Cry Wolf’ is available as a boxset on All 4 now.

In this article:Cry Wolf, Walter Presents