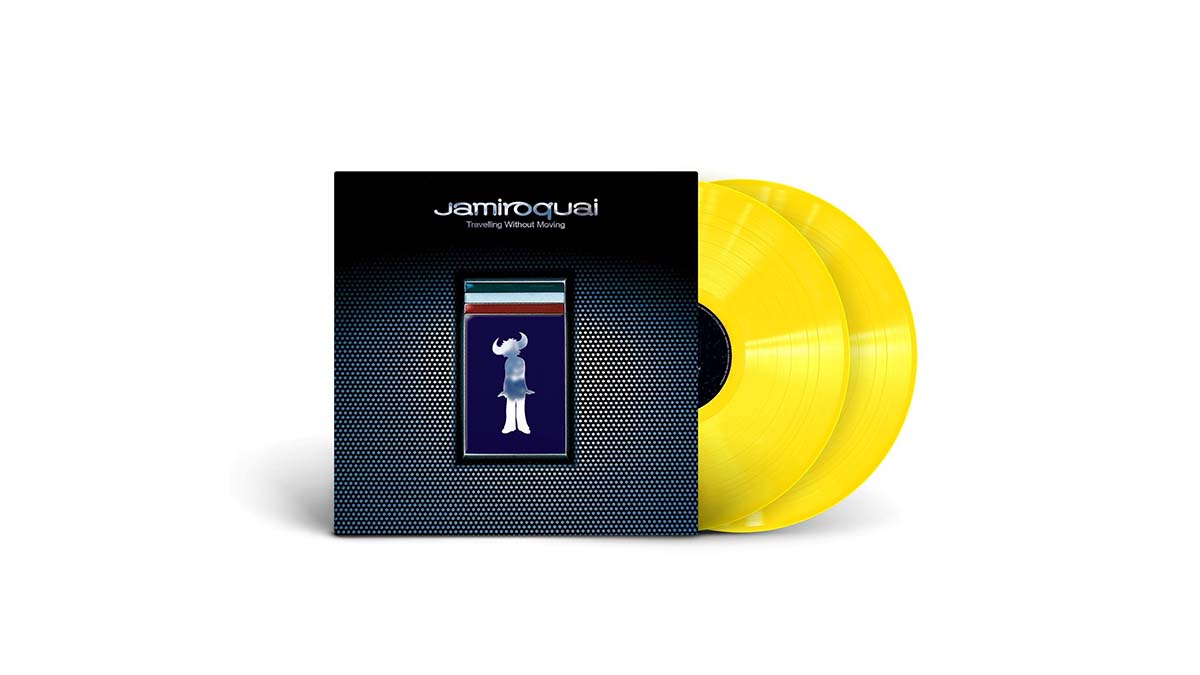 In celebration of the 25th anniversary of Jamiroquai’s huge third album ‘Travelling Without Moving’, it is to be reissued as a double heavyweight 180g yellow vinyl set with a new updated cover for 2022 and brand-new sleeve notes from the band’s frontman and creative force, Jay Kay.

Set for release on 21st January 2022 through Sony Music, this edition includes a Dimitri From Paris Remix Radio Edit of ‘Cosmic Girl’, previously only available physically in very limited numbers on Dimitri From Paris’ own label, Le-Edits Records. The package also includes a unique download code for the album.

Originally released in September 1996, ‘Travelling Without Moving’ is one of Jamiroquai’s most popular albums and considered the best-selling funk album of all time, selling in excess of 8 million copies to date. A timeless classic, the album features seminal hits such as ‘Virtual Insanity’ and ‘Cosmic Girl’, the former of which catapulted the band to global success, cementing them as one of the UK’s most important and successful bands internationally.

Now, 25+ years on from when the band entered the studio to create the record, the inspiration and messaging in the music still stands true and could be argued to have even greater meaning today. Considering it was written at a time when the internet was just starting out, a decade before social media took a grip of society and smartphones were a thing of sci-fi movies, the chorus of ‘Virtual Insanity’ really strikes a chord – “Future’s made of virtual insanity now, Always seem to, be governed by this love we have, For useless, twisting, our new technology, Oh, now there is no sound – for we all live underground”.

“I’m not sure how much this is going forwards, it seems to be going backwards in a lot of senses, and I can’t see us lasting a thousand more years, with mass over population and total destruction of our forests and oceans and the wasting of all our natural resources, fueling massive machines of war, for the sake of pointless posturing by tyrannical, corrupt leaders.”

To celebrate the release, we’ve got one copy to giveaway on vinyl. Enter below for a chance to win… a Rafflecopter giveaway