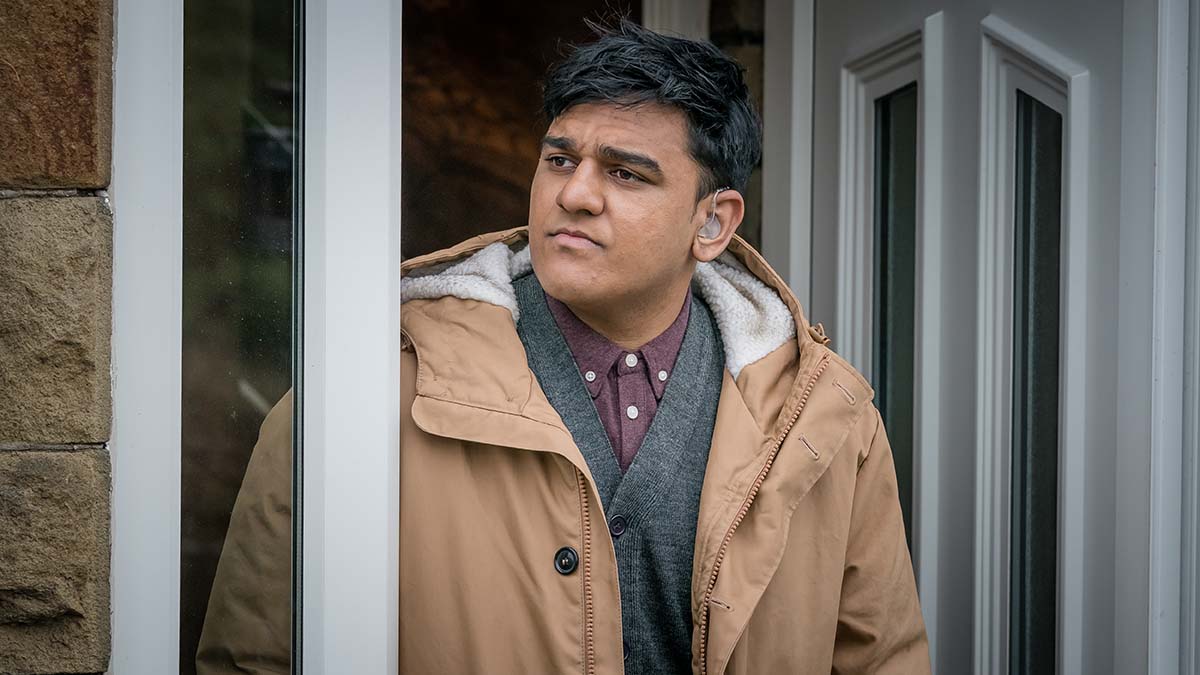 With plenty of twists, surprises and a gripping crime to solve, viewers are going to be hooked for the next six weeks. Another new addition to the cast this series is Nadeem Islam, an actor who has been making waves both on screen and stage.

Ahead of the first episode airing tonight, I caught up with Nadeem to discuss the new series, talk about joining the hit drama, and find out about the importance of representing the deaf community…

You’re starring in series 3 of ITV’s smash hit series ‘The Bay’. You play Jamal Rahman. What do we need to know about him and where does he fit into the story?

Jamal is the good son of the Rahman family, always loyal to religion and family. He’s also Deaf and a BSL user, so he expects a level of access within the family but struggled to get this. But he does see everything, and he knows something that DC Karen Hobson (played by Erin Shanagher) wants to know so he’s definitely a character of interest.

‘The Bay’ has picked up such a big audience, not just here in the UK but across the world. What was it like to join the series and how did you prepare?

To join the series is a huge privilege. I was speechless when I was offered the role to join this legendary cast and crew. The production company Tall Story Pictures has done so much that I have watched and admired, and I just thought “How am I gonna match up to that?”. When I first got to set, they told me that they just wanted to see the Jamal that I had prepared for, and they loved it! It was an adventurous and thrill-seeking journey to be in ‘The Bay’, as I explored and represented the Deaf and Asian community which is an honour too. I made lots of friends throughout the job, so it’s a job to remember for life. Coffee helped me to prepare too!

What would you say was the biggest challenge when playing this role?

I would say, putting myself in the mentality of such a dramatic role. I had to think of the family’s loss and how it would affect me, so it was very emotional. Pushing yourself to that level of grief is never very nice but it’s important for the story telling and for the representation to show that we, as Deaf Actor, can do anything.

As an actor who is deaf, how do you feel about being able to bring that representation to the mainstream through this role?

These stories have been brought to the mainstream for many years, so I’m very proud to be part of the people who have been changing history. I’m so blessed to also have a lot of insight into this important story. This shows that in the mainstream we can do anything, and that we can be in situations like this in real life. We’re just like everyone else, we don’t have the ability to hear, but we can still see and express ourselves.

Why should viewer tune in for series 3 of ‘The Bay’?

The story has a lot of plot twists and shocking bombshells, if you’re a fan of that! It also contains a lot of beautiful scenes where we’re battling with our inner selves. Every single character has a story – I don’t know how the genius writers, Daragh Carville and Furquan Akhtar, fit so much into these episodes. You’re in for a ride. I’m also starstruck, have you not seen the talent in this show?!

Later this year you’ll feature in ‘Then Barbara Met Alan’. What’s that project all about and how did you get involved?

It’s a great project that’s based on a true event – you will be meeting two cabaret performers that decided to stand up for what they believe and created the famous campaign DAN, Direct Action Network to protest for Disabilities Rights. They recruited many people to support their cause and the rest is history. The production knew about the importance of having Deaf actors, and also these events show that Deaf people are fearless. I was offered a role and I had such an amazing time filming this. You’re going to love it too, it’s our time to shine.

As well as your work on the small screen, you’ve got a background in theatre. How does theatre compare to television work?

The acting stayed the same, but the surroundings were very different. As for the theatre, you’re on this one stage, you can see who’s watching you. The camera is your friend but for the theatre, you can see how many eyes are on you. I love both of those experiences, you also get rehearsals for both but with theatre, it’s longer and you get a chance to really dig into your character development. You could do the same for filming, but it’s more about the natural instincts, so I love both of them.

A big theatre production to be revealed soon so definitely give me a follow if you’d like to know more – watch this space. This project is very rewarding and very close to me.

‘The Bay’ series 3 begins tonight at 9pm on ITV.

Advertisement. Scroll to continue reading.
In this article:ITV, Nadeem Islam, The Bay