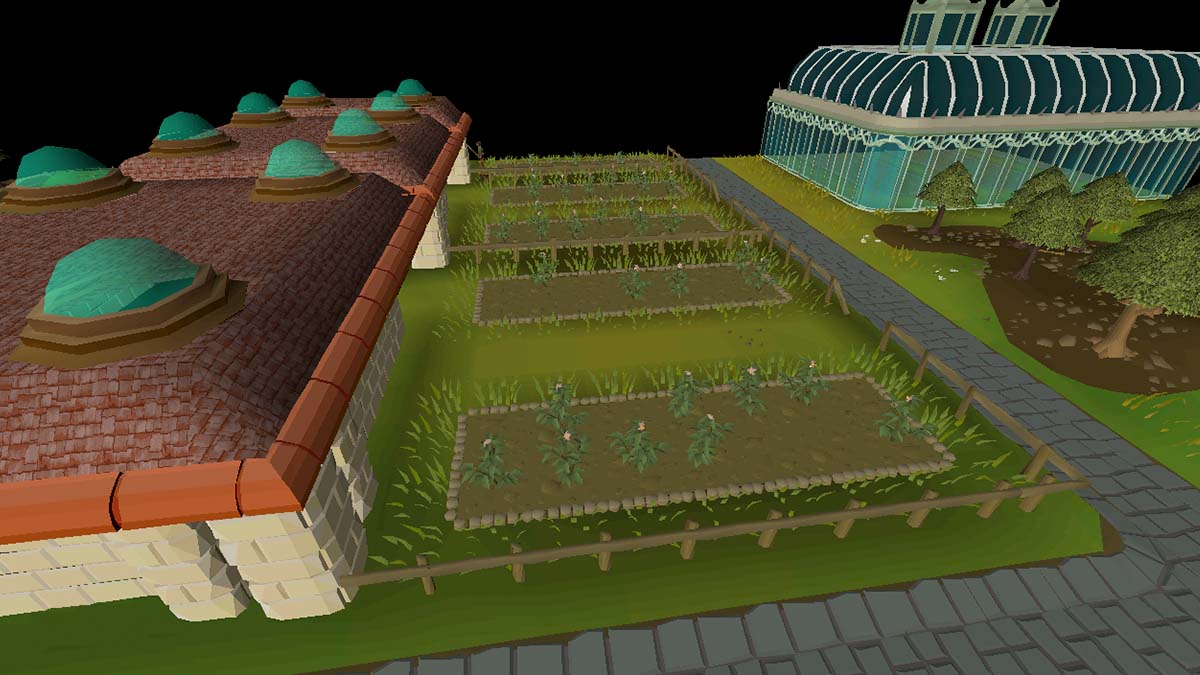 Hosidius is a key location in Old School Runescape.

Those players that have been searching for how to reach it should read on, as we look closer at what makes this place so special.

So rack up your OSRS GP and whatever items you may need, as we make our way to Hosidius.

In OSRS, Hosidius is located in Great Kourend, and serves as one of the five cities based in that kingdom. The city is led by the head of Hosidius House, Lord Kandur Hosidius. The predominant export that comes out of the city is cooking, farming and agriculture. They are tasked with supplying food to the inhabitants of Great Kourend, which includes the Shayzien Army too. In terms of who to worship, there is a slight division here. The majority of the citizens worship Saradomin, though there’s a few who are considered outcasts by worshipping Zamorak.

Given it’s status as a place that grows crops and such to provide food, there is a massive demand for it in Hosidius. There needs to be a wide area of land so that the crops can be grown. With that in mind, it is easy to see that it has more land than the other four cities in the kingdom. Even though it was one of the recent cities that was founded in the kingdom, it is an area that is actually made up of half of the other cities. This is due to a famine that struck Great Kourend, in which Lord Hosidius IV decided to use this additional land to produce food.

How to Get to OSRS Hosidius

We have a bit of background now when it comes to Hosidius, but we still need to figure out how to actually get there. Thankfully we are not short of ways in which we can find where it is. For starters, if you have garnered enough OSRS gold to get your own house, then you can use a player owned house portal.

Certain OSRS items for sale might come in handy to get your there too. If you have purchased a Xeric’s Talisman online, or you have acquired you own, then use it for Xeric’s Glade Teleport. This will take you to a location that’s nearby the farming patch in the area. Another choice would be to use either the Book of the Dead or Kharedst’s memoirs. Doing so allows you to get to Lunch near through the lancalliums teleport, though you will need to have finished The Depths of Despair quest first.

On the subject of teleports, there’s the Kourend Castle Teleport to use as well. To get there, from Kingstown go to the east, before heading south until you get to the coast. The Tithe Farm minigame teleport is another option, but you need to have gained 100% favour with Hosidius, and have tried to visit the minigame area beforehand.

If you find yourself near the Forthos Ruins, then go to the south-east. Here you will find a spirit tree patch, where naturally you’re able to plant a Spirit Tree. This is another thing that will require Hosidius favour, though you only need 35% in this instance.

To earn Hosidius favour, there’s a few different tasks to participate in. Though we won’t need to find OSRS gold for sale to complete the tasks, they still take a bit of work. Essentially you will be finding ways in which you can produce food for soldiers to begin with.

Eventually, you’ll be granted access to the kitchens in the city, meaning you won’t have to worry about burning food as much. Going forward you will then have access to the previously mentioned spirit tree patch, plus guilds for farming and woodcutting. We’ll then be able to check out the Tithe Farm minigame as well, which is especially useful if you’ve been looking for ways in which you can get your farming levels up. The Architectural Alliance miniquest can be done too, though 100% favour with Hosidius is needed. After you have this, head to the Kourend Castle courtyard to speak to Hosa.

Don’t forget that if you do want to advance in these skills quicker, you can try and buy OSRS gold. There are many websites out there that are dedicated to helping you find OSRS gold for sale in a safe manner. Though it isn’t guaranteed to see you avoiding a swing of the ban hammer, it is still an option that players choose to use from time to time.

Have you visited OSRS Hosidius? Have you gained 100% favour? Let us know in the comments section below!

Advertisement. Scroll to continue reading.
In this article:OSRS