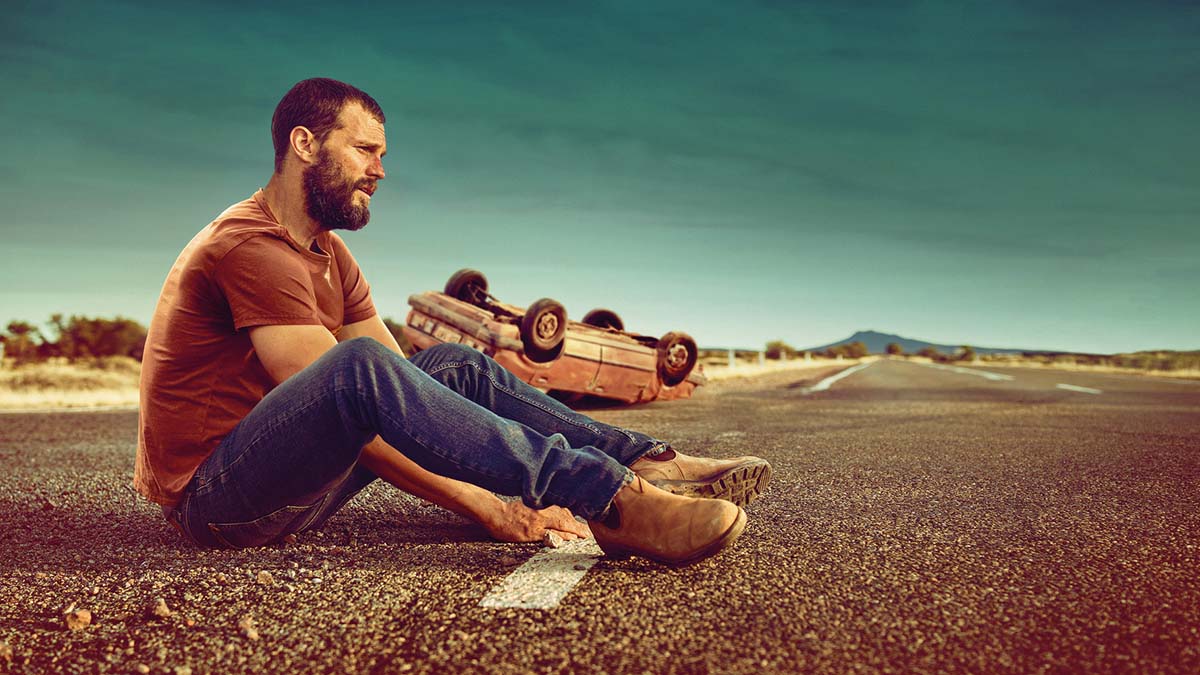 ‘The Tourist‘, starring Jamie Dornan, is coming to BBC One and BBC iPlayer in January and you can preview it with the trailer.

Jamie Dornan (‘Belfast’, ‘The Fall’) stars as a British man who finds himself in the glowing red heart of the Australian outback, being pursued by a vast tank truck trying to drive him off the road. An epic cat and mouse chase unfolds and the man later wakes in hospital, hurt, but somehow alive. Except he has no idea who he is. With merciless figures from his past pursuing him, The Man’s search for answers propels him through the vast and unforgiving outback.

Full of shocking, surprising, funny and brutal turns, ‘The Tourist’ is set in a world populated by quirky, enigmatic characters, with off-beat comedy punctuating high-stakes action. At its heart, however, is a story of self-discovery with a ticking timebomb underneath: as The Man starts to uncover the mystery of who he was, he’s also forced to ask who he is now – and fast. Will he unlock the secrets of his identity before those who are trying to kill him catch up with him?

In this article:BBC One, Jamie Dornan, The TOurist