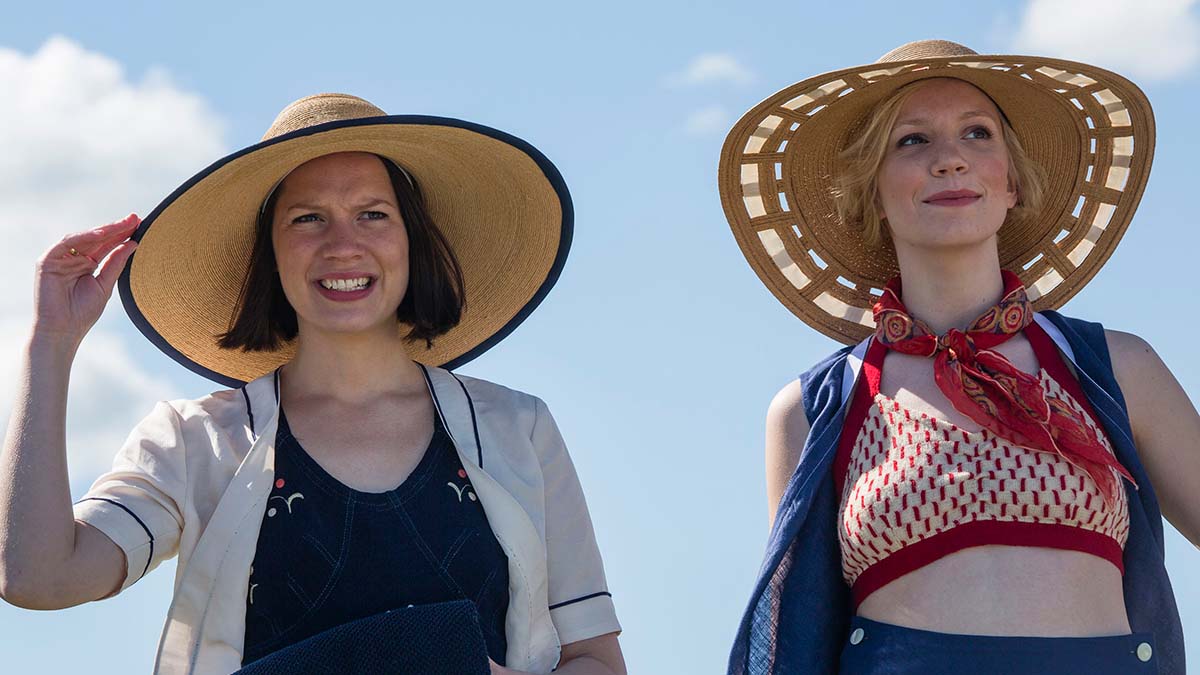 Here in the UK, we’re up to season three of this nostalgic Danish drama, but back in its homeland (where it’s known as Badehotellet) they’ve just complete eight hugely successful seasons, where it remains the highest rated show on TV2.

If you want to avoid all spoilers then please stop reading this article.

And I can totally understand that success – this show is utterly delightful and engaging. There are elements of light comedy, like something out of a PG Wodehouse story; and one half expects Hercule Poirot to turn up unannounced to investigate the crime, Hastings, most mysterious.

But actually, unlike most Walter Presents offerings, there is no crime (certainly not in the opening episode, anyway) to investigate. It’s simply a beguiling insight to the between-wars class system in Denmark, where just south of the border in Germany, rumblings of discontent are starting to brew – with the newly formed Nazi party starting to make inroads in the face of mass unemployment. It’s a stark reminder that just beyond the idyllic seaside retreat, with its bridge games and lobster suppers, lies the dark and menacing threat of invasion.

At heart, though, this is a warming, enthralling and witty piece of escapism. Set in a small family-owned hotel in 1930 (and shot on the west coast of North Jutland), where regular visitors turn up each year to swim, sunbathe and leave their city lives behind. This is the story of those guests and the people who serve them. Each season moves on a year, so Season 1 was set in ’28, Season 2 in ’29 and so on. Therefore, it really is a good idea to start at the beginning, because there are a lot of storylines that are common to each season.

There are a variety of characters that share the billing (rather that one or two main protagonists), so the narrative jumps about a bit – but it’s a fun ride. There are various infidelities, people who aren’t who they say they are, illegitimate children and Nazi sympathisers – so plenty to get your teeth into. And then there’s the hotel itself, which is in danger of losing its vegetable plot!

But underpinning all drama this is a truly uplifting tale of good people doing good deeds, where the baddies are mostly banished and the honourable triumph. And it’s all wrapped up in some beautiful costumes of the period and some very fine acting performances from the likes of Amalie Dollerup (she plays Amanda, trapped in a loveless marriage and having an affair with the reclusive Max) and Lars Ranthe (the bankrupt businessman Georg, who struggles to accept he’s not the wealthy man he was).

A heart-warming and joyous journey – and not a dead body in sight.