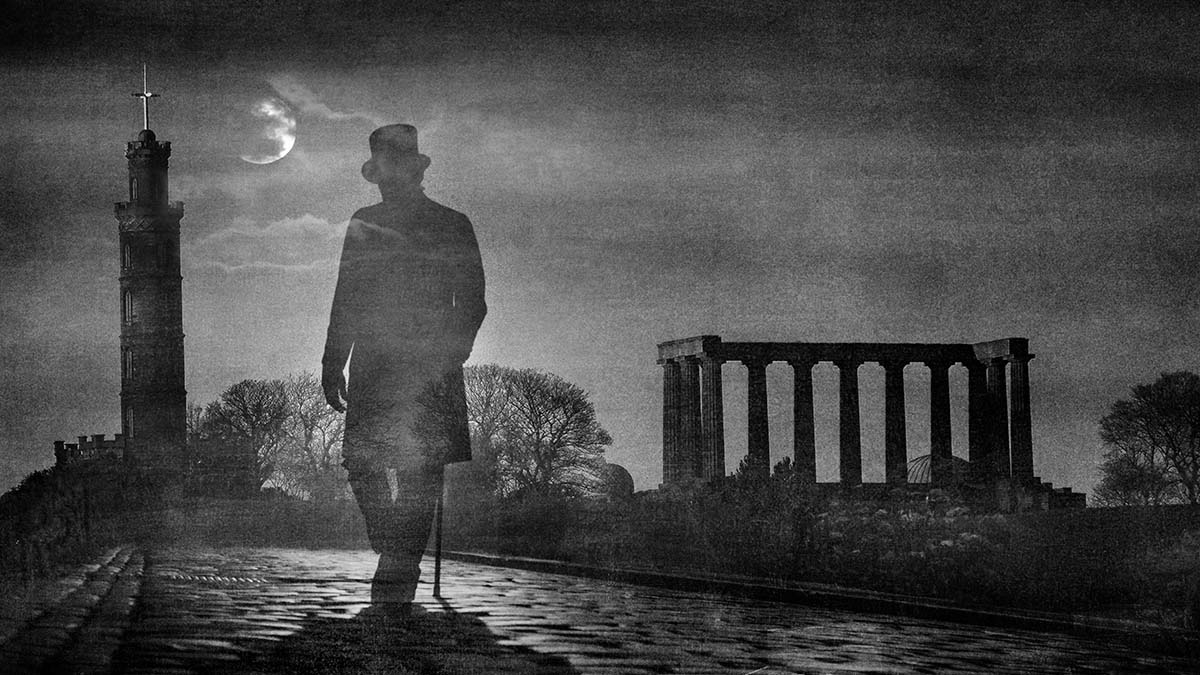 A thrilling new hybrid version of Robert Louis Stevenson’s ‘The Strange Case of Dr Jekyll and Mr Hyde’ is coming to Edinburgh and the big screen in 2022.

Conceived and directed by Hope Dickson Leach, the production is adapted from the original novella and relocated from London to Edinburgh. Presented by the National Theatre of Scotland and Selkie Productions in association with Screen Scotland and Sky Arts, this unique new retelling uses innovative theatrical and cinematic techniques to create a live filmic and theatrical experience.

Entering a live filmset built within the atmospheric setting of Edinburgh’s historic Leith Theatre, audiences will witness the simultaneous creation and screening in this one-off experience.

Following the final performance on 27th February 2022, ‘The Strange Case of Dr Jekyll and Mr Hyde’ will be live-streamed to selected Scottish cinemas. The show will then be screened ‘as live’ during the week of 28th February in UK cinemas. The footage captured during the performances will subsequently be edited into a full feature film, which will be broadcast on Sky Arts in 2023.

This will be the first livestream film, created and set in Scotland, to be seen by audiences in Scottish cinemas.

‘The Strange Case of Dr Jekyll and Mr Hyde’ by Hope Dickson Leach and Vlad Butucea, returns to Edinburgh born writer Robert Louis Stevenson’s original story which was published in 1886. This gripping new adaptation has been developed with theatre dramaturg Rosie Kellagher.

The drama follows Gabriel Utterson as he enters a world of dark duplicity to uncover the identity of the mysterious Mr Hyde and the hold he has over Utterson’s old friend Dr Jekyll.

In this version, Utterson’s journey is set against the background and backdrop of Victorian Edinburgh, where the wealth of the breweries is contrasted with the poverty of the Cowgate Vaults, exposing an underbelly of dark truths and corruption. Bewitched by the society of Edinburgh’s rich and powerful, Utterson soon discovers that behind the glossy façade of power there is a grim and brutal reality. This is a Jekyll and Hyde reworked for a contemporary audience with the themes of power, class and masculinity brought to the fore.

Embracing the duality of the storyline and the period authenticity, the film will be shot in black and white. Both the film and live event will feature new electronic music by DJ and music producer Hudson Mohawke, acclaimed for his genre-smashing” creative approach.

‘The Strange Case of Dr Jekyll and Mr Hyde’ offers audiences the opportunity to experience a film being created around them, gaining insight into the theatre and filmmaking process. Audience members will wear headsets while watching the drama unfold live on a large screen in the auditorium.

A gothic tale of double lives and inner demons, the storyline is mirrored not only in the hybrid format of the production but in the audience experience at the venue, where they will be able to enjoy bespoke cocktails from the Jekyll and Hyde theatre bars.

Casting for ‘The Strange Case of Dr Jekyll and Mr Hyde’ will be announced in January 2022.

Jackie Wylie, Chief Executive and Artistic Director (NTS) said: “We are thrilled to be kicking off 2022 with The Strange Case of Dr Jekyll and Mr Hyde, in partnership with Selkie Productions; an ambitious retelling of Robert Louis Stevenson’s legendary novella, offering a one-off experience to audiences who can experience it being filmed in the iconic surrounds of Leith Theatre. The National Theatre of Scotland has been increasing its digital and screen presence over the last two years with a programme of unique hybrid projects created to respond to the challenging times of Covid to ensure we can continue producing thrilling theatrical works for audiences, working with the best artistic talent in Scotland and extending the number of people we can reach.

“Conceived during lockdown as both a live experience and as a feature film, we are delighted to be working at Leith Theatre for the first time and to renew our creative relationship with the brilliant Edinburgh based Hope Dickson Leach, following the success of Ghost Light in 2020.”

Hope Dickson Leach said: “Jekyll and Hyde is a masterpiece by one of Scotland’s best storytellers deserving of a groundbreaking and challenging interpretation. What better tale to explore hybrid storytelling? Working with the National Theatre of Scotland to create this innovative piece has not only allowed me to collaborate with some of the most talented theatre and film makers in Scotland, but also to explore the narrative and formal questions that inspire me as an artist. I am so grateful to National Theatre of Scotland for consistently supporting and celebrating work that pushes the boundaries of storytelling.”

Screen Scotland’s support is funded through the Scottish Government and The National Lottery.

This hybrid production is part of the National Theatre of Scotland’s growing On Screen programme which includes content for digital, broadcast and cinemas.

Tickets will be available from 16th December 2021 www.nationaltheatrescotland.com for the live productions taking place at Leith Theatre from 25th to 27th February 2022 at 7pm.

In this article:The Strange Case of Dr Jekyll and Mr Hyde