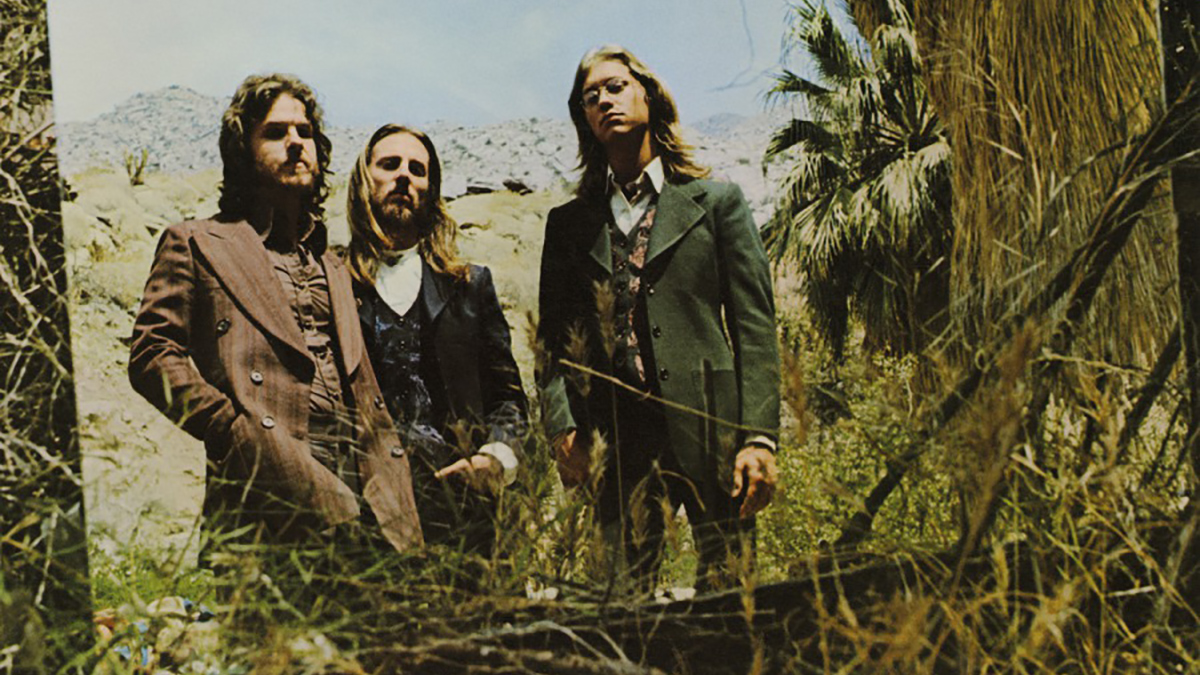 Although Music on Vinyl has proved diligent in releasing much of America’s early back catalogue, there was a notable gap when it came to ‘Hat Trick’, their third studio album. Mysteriously, they skipped straight over to ‘Holiday‘ and ‘Hearts‘, but have now returned to the missing 1973 offering.

Although it’s unclear why it was initially left out of the re-release order, and it may not have been a slight, revisiting the album does prompt the notion that neglect is something that rather dogs ‘Hat Trick’. Fans of America’s sound will enjoy it. Musically, it has exactly the same folk rock, unmistakably early 1970s vibe as ‘America‘ and ‘Homecoming‘. It starts well enough too. ‘Muskrat Love’, which became a single, is one of the strongest tracks, and indeed, has often found its way onto ‘greatest hits’ collections. A strong percussive beat, sultry vocals and close harmonies are all distinctively America. The upbeat ‘Wind Wave’ is pretty solid, too. It’s followed by ‘She’s Gonna Let You Down’ which opens unusually, Elton John-style, with a piano solo. The high-pitched chorus and musical arrangement are memorable, and it builds into an instrumental section that uses electric guitar, and later, strings to terrific and spine-tingling effect. It is the highlight of the album.

We are back on more familiar territory for ‘Rainbow Song’, and that’s no bad thing. It’s certainly the catchiest number in this collection and harks back to earlier albums, with the ‘purple ghost of England in wintertime’ in the lyrics recalling the band’s unusual origins. A blast of saxophone solo gives it a jazzy edge.

The first side of the album proves by far the strongest. The hazy endless summertime often evoked by America’s output provides pleasing easy listening throughout ‘Hat Trick’, but at their height, the band is so much more. Some unexpected moves, such as the direction ‘It’s Life’ takes (perhaps inspired by Bowie), punctuate the middle sections of the album with moments of musical flourish that force you to sit up and listen as side one rounds out. This does not quite sustain on side two. The tracks as you flip the record aren’t bad, but they are less memorable and distinctive.

The overlong title track, which opens the second side, never quite coalesces around a strong melody, and too often feels meandering. At eight minutes’ duration, it’s not hefty enough in concept or execution to bear its own weight. ‘Molten Love’ is another low point. A rockier edge to ‘Green Monkey’ provides a change of gear, and borrows from Pink Floyd, but doesn’t entirely convince in its execution. After the indifferent ‘Willow Tree Lullaby’, the album rounds out with ‘Goodbye’, which is one of the highlights of the second side. Its Beatles style would be teased out with greater success on other America albums that were produced by George Martin, but there are the seeds of a strong sound that would later flourish.

Despite not quite living up to the first two albums, or indeed, a few excellent ones that followed, ‘Hat Trick’ remains something of an overlooked entry into America’s canon. Without masterful standouts, it is an album that is steady in its sound rather than impressive in its accomplishments. The limited edition of this release from Music on Vinyl is pressed onto orange and black 180g vinyl. There’s also a double-sided colour posted folded inside the sleeve, making it a real collector’s edition. Revisit the sound of the early seventies with this welcome release.

In this article:America the Band, Hat Trick, Music on Vinyl