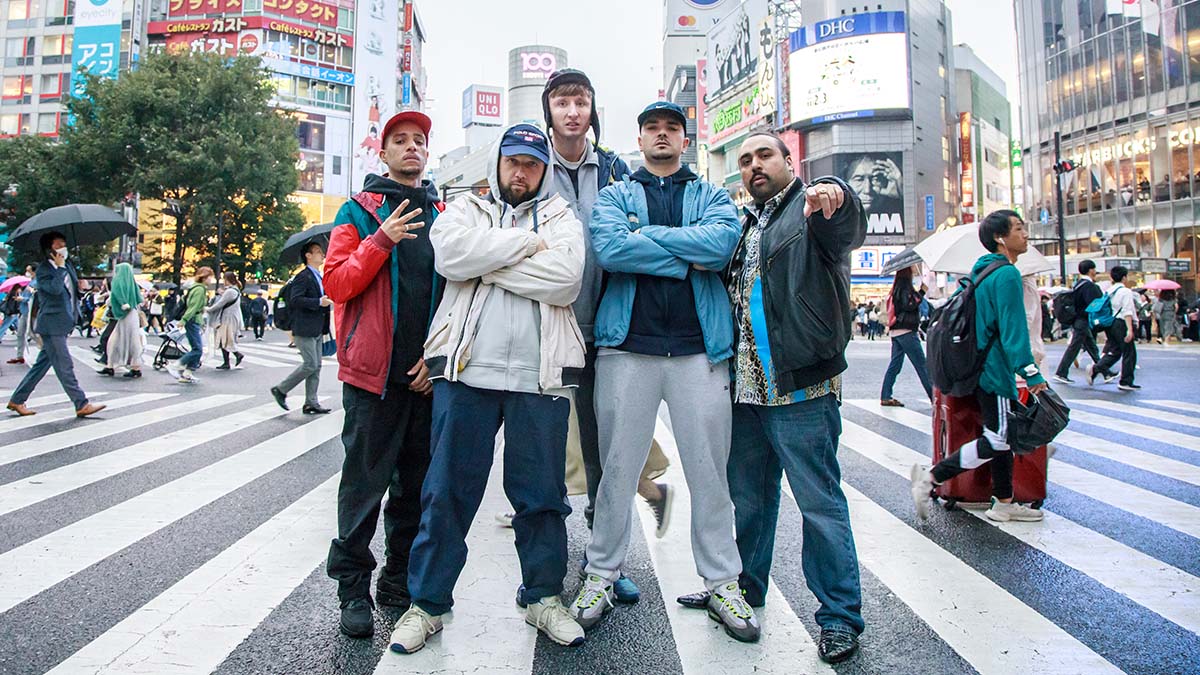 ‘People Just Do Nothing: Big in Japan’ is available now on Digital and ahead of its Blu-ray and DVD release on 22nd November, we’ve got a clip from the film for you to enjoy.

Entitled ‘New Suit’ the clip sees Chabuddy G (Asim Chaudhry) trying on a swanky new suit and throwing some moves in front of the mirror as a bemused shop assistant looks on.

Since the end of their pirate radio station, life has been quiet for the Kurupt FM boys, but everything is about to change. News reaches them that one of their songs has been used on a popular game show in Japan. They’ve made it! Their music is reaching hundreds of thousands of people! It’s finally time for them to enjoy the fame and fortune that they’ve always known they deserved. Chabuddy G steps excitedly back into his management role as Grindah, Beats, Steves and Decoy begin their journey to international stardom… But is Japan really ready for Kurupt FM?

‘People Just Do Nothing: Big in Japan’ is available now on Digital and on Blu-ray and DVD Monday 22nd November 2021.

Advertisement. Scroll to continue reading.
In this article:People Just Do Nothing: Big In Japan