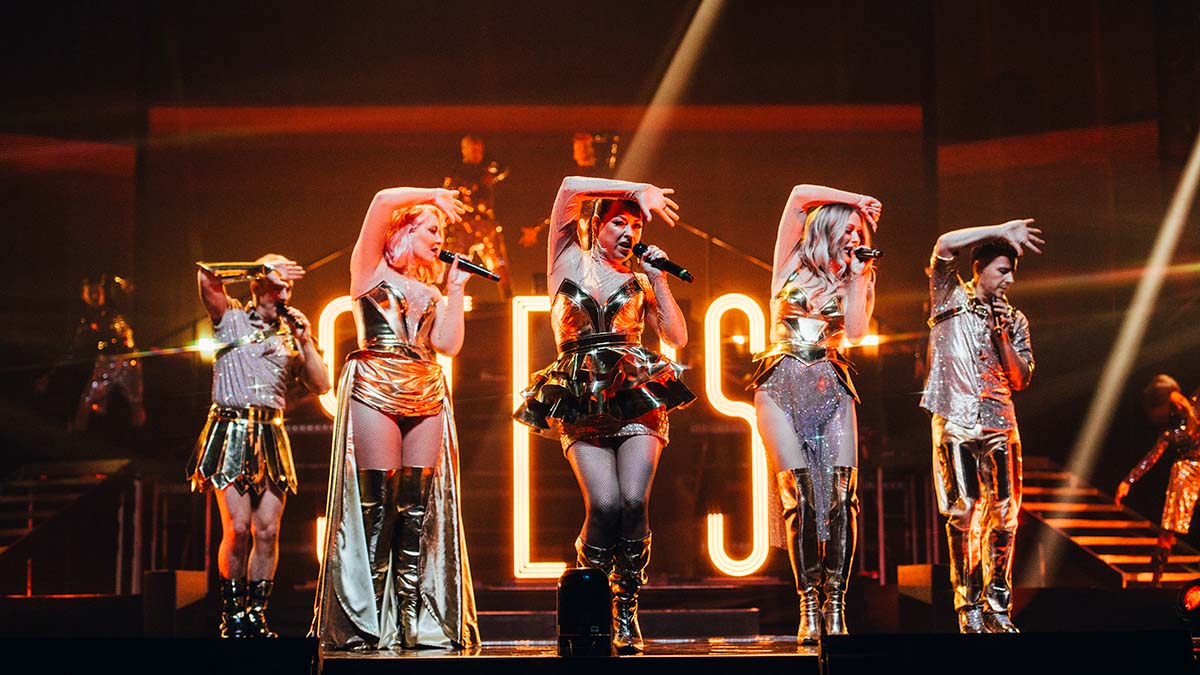 The pandemic may have brought the live aspect of the music industry to a standstill but it certainly didn’t stop Steps from releasing plenty of new material for fans to enjoy. In 2020 the pop icons released their sixth studio album ‘What The Future Holds’ and less than a year later they followed it up with their seventh studio album ‘What The Future Holds Pt. 2’. Cautiously optimistic about the state of live music, the group announced a headline tour for November 2022 and although it’s been a bit touch-and-go as to whether the tour would be allowed to happen due to the pandemic, it kicked off on 2nd November in Sheffield. Last night the five piece – Claire Richards, Faye Tozer, Lee Latchford Evans, Lisa Scott Lee and Ian ‘H’ Watkins – brought the tour to the AO Arena in Manchester for the first of two nights.

With the majority of us having not been able to leave our homes for a large part of the last 18 months or so, it’s taken some coaxing to get people to go back to doing what they loved pre-pandemic. Steps are one of the only acts staging a major tour on an arena scale right now so it’s safe to say they had plenty of pressure on their shoulders with the ‘What The Future Holds Tour’. Fans were treated to a half-hour set from Sophie Ellis-Bextor as they arrived into the arena and found their seats, and a simple glance at the thousands of people in attendance showed that people were delighted to be back enjoying live music with the masses. While the pandemic continues on, it was nice to feel a sense of normality for a few hours and feel the energy of a crowd.

15 minutes prior to Steps taking to the stage, a countdown appeared on a video screen hovering over the catwalk. As the clock hit 8.30pm, the lights went down and the show began, and what a pop spectacular it was. The video screen cube lowered to the stage as the final countdown played before it switched to an intro for the group. Then the cube lifted up to reveal Steps inside and the opening bars of ‘What The Future Holds’ began. That kicked off two full hours of live music from Steps as they treated fans to all their greatest hits, selections from their two latest albums and much more.

Throughout the show Steps looked as ecstatic as their fans to be back in an arena, and the energy was electric all night. The group performed 24 songs over the duration of the set with multiple costume changes and plenty of choreography for fans to join in with (and boy, did they join in). ‘One For Sorrow’, one of the group’s signature hits, was the second song in the set list and it escalated an already excited audience to a whole new level. Claire’s lead vocals on the song were spot on and it was so nice to hear the layers of harmonies really coming through.

There were some nice unexpected moments in the set list. ‘5,6,7,8’ was mashed up with ‘Groove Is In The Heart’ for a 60s twist, ‘Better The Devil You Know’ featured elements of Madonna’s ‘Vogue’ as the group paid homage to the bands and artists they rose to fame with in the 90s, and ‘Something In Your Eyes’ sounded much grander live with a harder beat and a devilishly catchy chorus.

During the show every member of the group got a chance to shine. H and Lee shared the lead duties on ‘A Hundred Years of Winter’, a track from their latest album that was written by Savage Garden legend Darren Hayes. Faye’s voice soared on a stripped back version of ‘Heartbeat’, that was dedicated to a couple in the audience that were getting married the next day, and Lisa sounded incredible on a regal themed ‘It’s the Way You Make Me Feel’. It’s suffice to say that for a group that has never been given proper credit for their vocal ability, they didn’t hit a bad note last night and they sounded absolutely incredible.

A rousing rendition of ‘Deeper Shade of Blue’ led to a three-song encore of ‘Here and Now’, ‘Scared of the Dark’ and, of course, ‘Tragedy’. By the time the final bars of ‘Tragedy’ arrived and the group bid their farewells, the audience was definitely satisfied and even at two hours in length, I could have happily stayed there for a lot longer. Honestly, I didn’t want the show to end.

As is customary for pop productions, there were a number of costume changes throughout the set with the group paying homage to looks from their past and trying out some new looks too. The stage set was impressive with a spinning floor at the front of the catwalk, a staircase and large video screens. The name of the band was visible centre stage and opened and closed to allow the group, and their troupe of dancers, to enter and exit the stage at various points.

For my first show back in an arena in two years, I couldn’t have asked for a better one than Steps. I’ve been lucky enough to see the pop powerhouses several times over the last 24 years but the ‘What The Future Holds Tour’ is their best to date. For a group that was written off after their first single back in 1997, it’s incredible to see them selling-out arenas and still selling albums by the bucketload. Last night Steps brought the joy of live pop music back for thousands of people in Manchester and they put on a masterclass of what a live arena show should look like. Without a doubt, Steps are the best live pop act out there and it’s about time they were recognised as the National Treasures they are.

Advertisement. Scroll to continue reading.
In this article:Featured, Steps