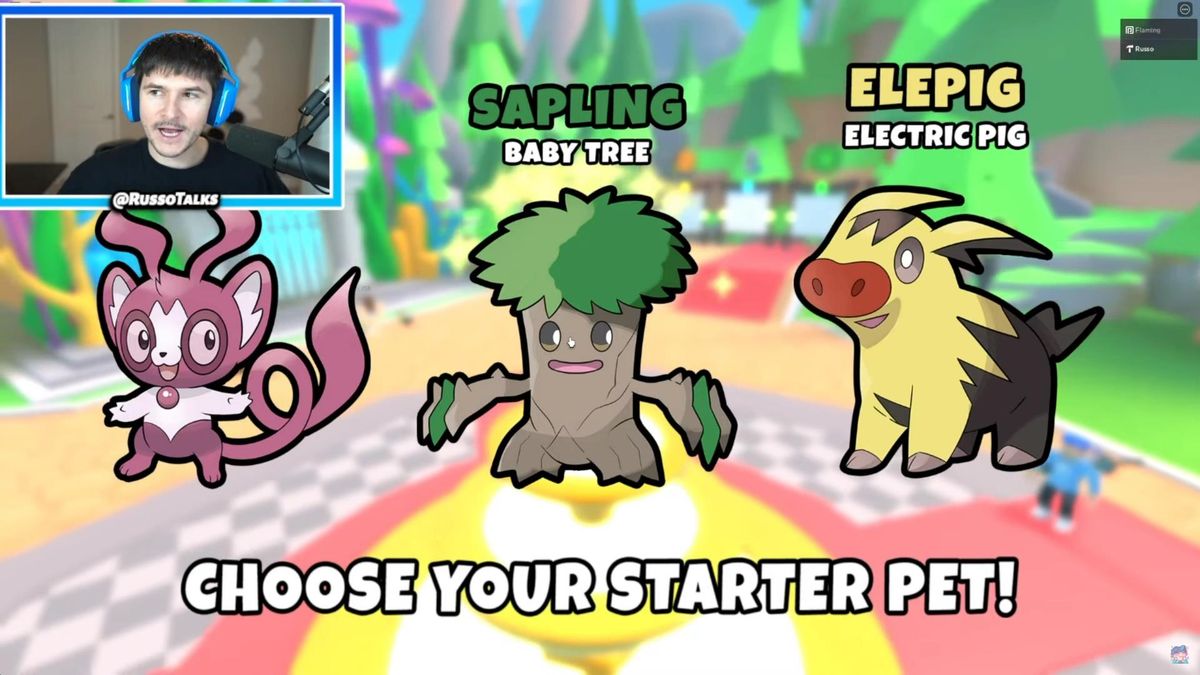 If you’re a fan of Roblox, you’ve likely come across the popular Youtuber Russo Plays. Russo is famous for playing Roblox games including Pet Simulator X amongst others, he also has a reputation for buying his way through the games he plays earning him the nickname Russo Pays!

Not surprisingly, Russo is capitalising on his success and has been busy working on his own Roblox game, Pet Fighter Simulator. The game is planned to be released on 12th November but he mentioned that this might be subject to change in a recent video.

In the same video, he introduces us to the tutorial part of the game and at first glance, it looks well polished. The game includes a full story arc and contains RPG elements. It also looks like it is heavily influenced by the aforementioned Pet Simulator X. There are also Pokemon vibes to the game, including different zones with different kinds of pets to collect in each.

Although the game hasn’t been released yet it has still managed to rack up an impressive 20,000 favourites on Roblox. If you want to play the game as soon as it goes live head over to the official Roblox page where you can favourite it.