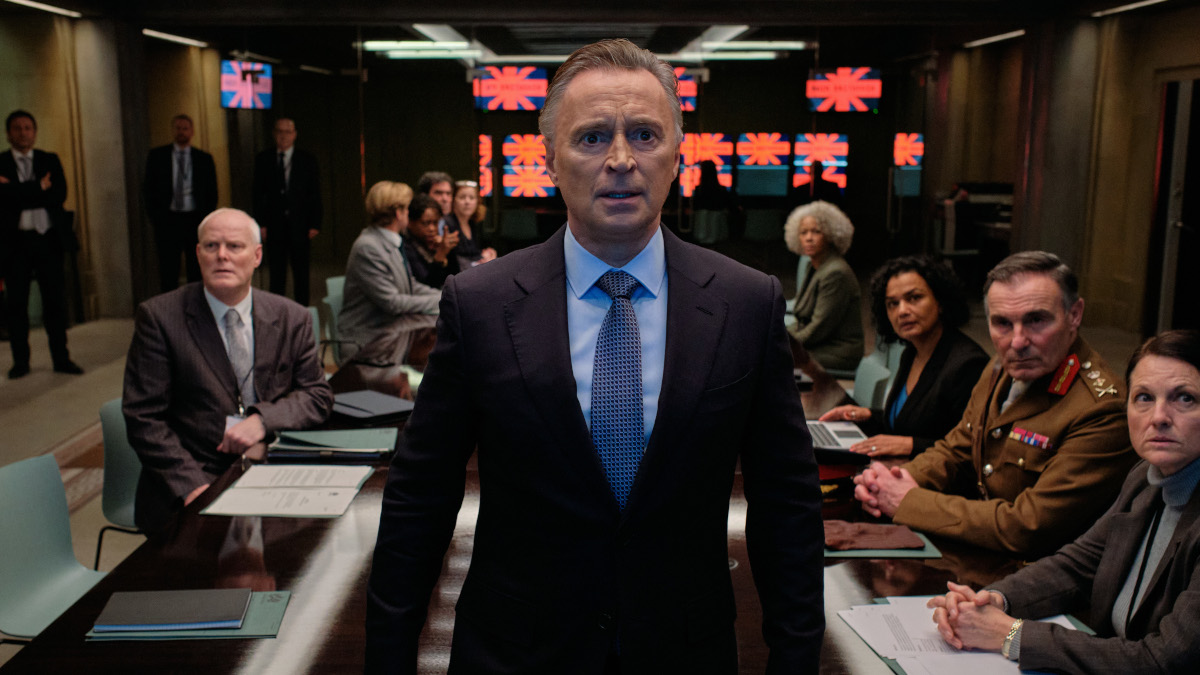 Robert Carlyle is back as British Prime Minister Robert Sutherland as COBRA returns for a second season. It looks like he’s in for his toughest challenge yet as a new set of crises threaten the stability of the UK.

In the first season, Sutherland was faced with anarchy spreading across the country after a solar storm knocked out the electricity grid. Tough decisions had to be made as Sutherland fought to get the power back on. He also faced down growing opposition from the public and his staff. His gambles eventually paid off and the series ended with him calling a general election.

In the season two premiere, an assassination on British soil, unleashes a chain of events that threatens to develop into a crisis even more serious than the one from which the country has recently emerged. An invisible global enemy, not playing by the rules and operating outside national boundaries, appears to be bent on our destruction, leaving an entire country unsure as to who is friend and who is foe.

All six episodes of the second series of COBRA: CYBERWAR will be available on 15th October on Sky Max and streaming service NOW. Preview the first episode with our gallery: