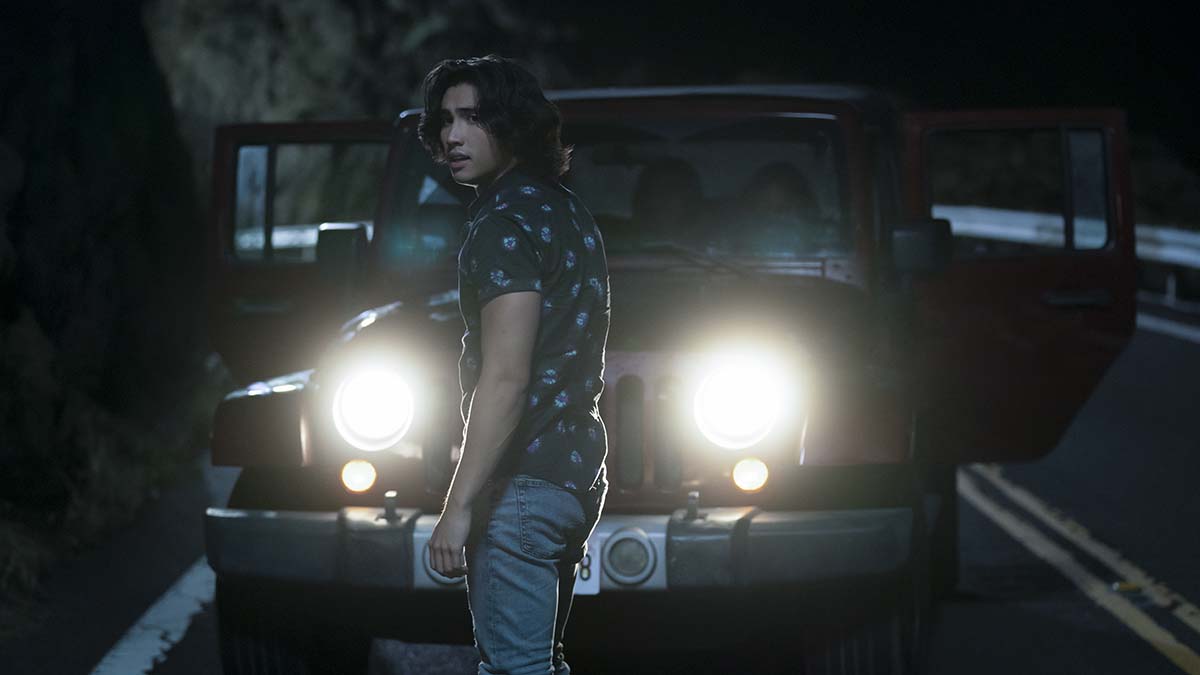 Horror fans have been very excited since the announcement that ‘I Know What You Did Last Summer’ was going to be turned into a TV series for Amazon Prime. Ahead of the launch of the show on Friday 15th October, I was sent the first four episodes of the season to watch.

This review is based on the first four episodes of the series. If you’d like to avoid spoilers, stop reading now.

Based on Lois Duncan’s novel of the same name, as the 1997 film adaptation starring Jennifer Love Hewitt and Sarah Michelle Gellar was, ‘I Know What You Did Last Summer’ is an eight-part TV series with the first half of the season launching on Friday. Like the film, the series revolves around teens who run over someone and instead of confessing the accident to the police, they get rid of the body and try to pretend it never happened.

This TV adaptation does away with the characters from the book and the 1997 film. Instead, it replaces them with a group of hyper-aware teenagers that are obsessed with drugs, drink, sex and social media. The central character Lennon (Madison Iseman) returns home after a year away following the accident, and no sooner has she set foot into her bedroom, she realises that someone is out to get her and her friends after finding a message scrawled on a mirror and a goat’s head hanging in her closet.

While the first episode of the series hits some of the familiar marks, and recreates the car accident scene fairly faithfully, it shares pretty much nothing in common with the 1997 film and that becomes even clearer over the next three episodes. If you were expecting a fast-paced bloodbath caused by a fisherman with a hook for a hand, you’re going to be sorely disappointed as that’s not what this show is about. Aside from the accident in episode one, there isn’t another murder until the end of episode 2, and you get no glimpse at the killer at all.

Instead ‘I Know What You Did Last Summer’ gets bogged down in teen angst, exploring the dynamics between Lennon and her hugely unlikeable bunch of friends – Margot (Brianne Tju), Riley (Ashley Monroe), Dylan (Ezekiel Goodman) and Johnny (Sebastian Amoruso) – and the disappearance of Lennon’s twin sister Alison (also played by Iseman). Much of the first episode shows the group bickering at a party the summer of the accident as Lennon and Alison clash over their very different outlooks on life. It’s nothing we’ve not already seen on every other teen drama, and done much better on the reboot of ‘Gossip Girl’ that debuted earlier this year or in the long-running teen favourite ‘Pretty Little Liars’.

A twist at the end of the first episode turns things on its head and for a moment, I thought it was going to win me over but then it steps firmly into ‘this would never happen territory’. A decision made by Lennon and her father is completely unrealistic, and that spoiled the show for me. Any lingering faith I had that it might pick up after the first episode was thrown straight out of the window.

From episode 2 onwards, the group is stalked by a mysterious killer (that in the first four episodes we don’t see at all, with some of the deaths happening off-screen) and they panic as they try to figure out what to do. Another twist comes in during the fourth episode that I think the writers thought would be shocking, but it’s just completely dumb. There are so few elements of horror in the four episodes serviced to press that unless you want to sit through a tedious and stodgy teen drama, you’re not going to find much to enjoy here.

I really hoped that ‘I Know What You Did Last Summer’ was going to be a fun and silly watch in time for Halloween. Instead, the writers have turned a familiar premise into a complete borefest that strips away everything that made the 1997 film a horror classic. If teens behaving badly is your thing, have at it, but if you’d rather see something that’s actually scary and harrowing, just head to Netflix and watch ‘Squid Game’ instead.

The first four episodes will premiere on Prime Video on Friday 15th October with new episodes airing each Friday following, leading up to the season finale on 12th November.

In this article:Featured, I Know What You Did Last Summer