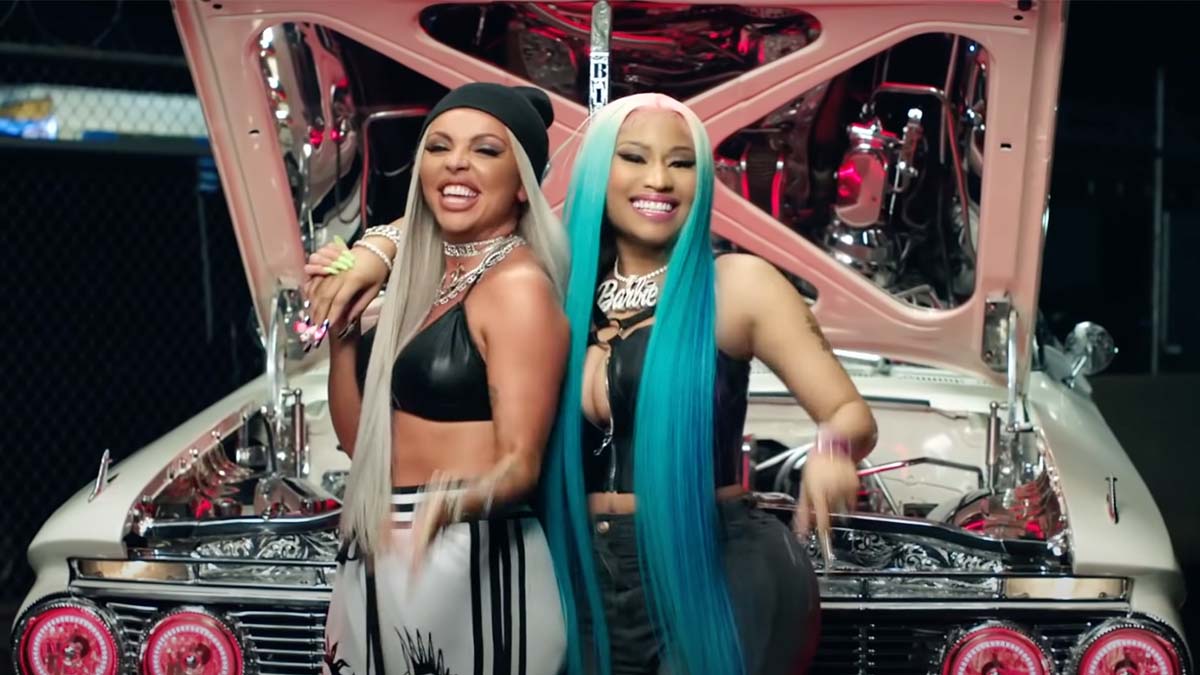 Former Little Mix star Jesy Nelson has been teasing her solo music for a while now and today the wait is over with the release of ‘Boyz’.

A collaboration with Nicki Minaj, who Little Mix teamed up with for their 2018 hit ‘Woman Like Me’, ‘Boyz’ samples P Diddy’s classic 2001 track ‘Bad Boys For Life’, which featured Black Rob and Mark Curry.

In the accompanying video, which pays homage to Diddy’s ‘Bad Boys For Life’ video, Nelson is depicted in Perfectville, singing on top of a house roof and breaking out some serious choreography. Rapper Minaj is seen performing in the garage of the house and alongside Nelson later in the video.

There’s also a cameo from P Diddy as Nelson’s neighbour who knocks on her door to complain about the noise she’s making. He also references Little Mix, which is sure to get fans talking.

‘Boyz’ is the first single from Nelson’s upcoming solo album and the song leans harder into the R&B and hip-hop influences that the singer loves. It’s a step away from the pure pop sound of her former band and it’s already racing up the iTunes chart.

Watch the video for the song at the top of this article.

In this article:Jesy Nelson, Little Mix