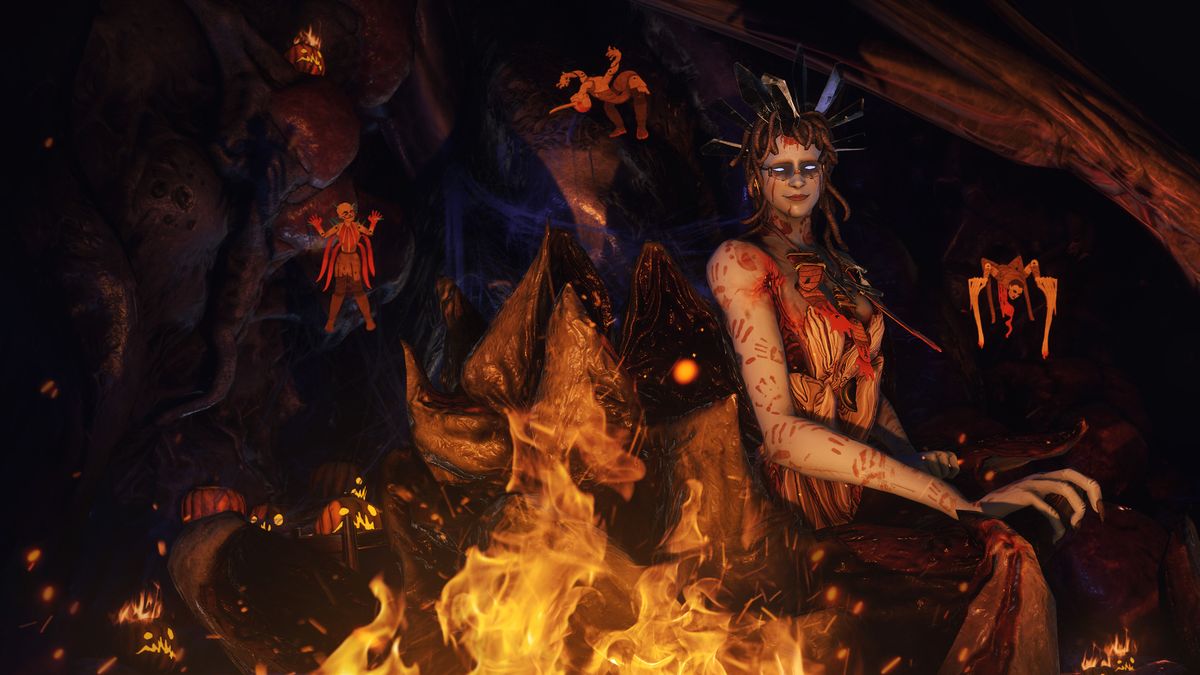 Halloween is almost here and Warframe is offering plenty of bone-chilling and action-packed adventures for players to sink their teeth into, including free-to-play quests and themed events.

Warframe is in the spirit of Halloween this year with a month-long celebration featuring otherworldly rewards in its Nights of Naberus event, bringing new Nyctalus Ephemera to players along with new Glyphs and returning items from years past. Themed after the ancient Orokin festival of death and mischief, Nights of Naberus is available to players on all platforms and is accessible by visiting Daughter in Necralisk on Deimos where she is operating a limited-run shop full of rewards and Halloween themed items.

For a limited-time, players can redeem several exclusive rewards in exchange for Mother Tokens including the Whispering Naberus Mobile — an Orbiter decoration that narrates Grandmother’s “ghost story” when interacted with and the brand new Nyctalus Ephemera. Other rewards to look forward to include: Stalker Noogle, Basmu Blueprint, Ceti Lacera Blueprint, Ballroom Simulacrum Scene, and so much more.

Nights of Naberus is live now and runs through Wednesday, 3rd November at 7pm GMT.

Day of the Dead

Also returning for Halloween is Warframe’s popular Day of the Dead content bringing a new Halloween Glyph Bundle to the Market. Legacy content is rising from the grave, including Day of the Dead Weapon Skins, Syandanas, Armor and more at 25% off as Darvo Deals!

A free-to-play quest in Warframe offered with an online prequel webcomic RELL. A disturbing transmission from Red Veil’s spiritual medium leads players to an abandoned Steel Meridian vessel adrift on the outskirts of Earth. Inside, strange whispers echo throughout the lifeless vessel. Emergency lights strobe to reveal the horrors of what happened inside. What force unleashed this evil and how can it be stopped?

Quest Prerequisites: Complete The War Within and unlock Mot in the Void