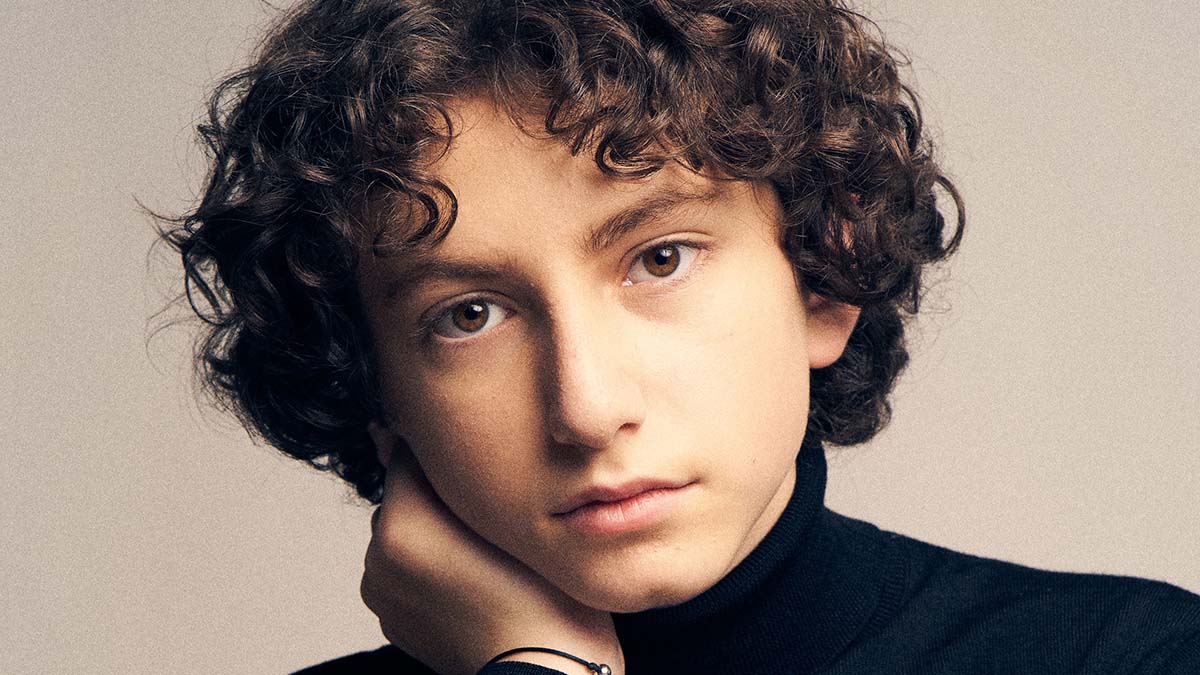 It’s no secret that I’ve completely fallen in love with ‘Slapface‘ since seeing the film at Arrow Video FrightFest in August.

Following my interviews with writer/director Jeremiah Kipp and producer/actor Mike Manning, I just had to speak to the film’s leading actor August Maturo. In the film Maturo plays the role of Lucas, a young boy navigating his way through adolescence with his brother Tom (Manning) acting as his guardian.

His performance in the film is nothing short of extraordinary and it shows a different side to him from the one you’ll know from ‘Girl Meets World’.

I caught up with August ahead of ‘Slapface’ screening at Grimmfest to talk about his role in the film, discuss working with Jeremiah and to understand the challenges of playing Lucas…

How did you get involved with ‘Slapface’ and what drew you to the part of Lucas?

For the role of Lucas, I was very fortunate because the casting director Caroline Sinclair, director Jeremiah and producer Mike Manning all were familiar with my work and made me an offer. I had previously done a supporting role in the horror film ‘The Nun’, and after that experience I became obsessed with the horror genre and I really wanted to be the lead in a horror film. When I read the script for ‘Slapface’ I knew I had to be Lucas.

The role required you to go through a lot of complex emotions. What preparation did you do to get into character?

Before ‘Slapface’ and ‘The Nun’ I was the lead in a dramatic film called ‘Shepherd: The Story of a Jewish Dog’ about a little Jewish boy and his dog during the Holocaust, so I was still very fresh from that experience and as you can imagine it was some very heavy material. Not only that, I was dealing with my own very real personal experience of being bullied at school. I was going to a very sports-oriented middle school at the time, and being an actor, I really didn’t fit in there. In fact, my mom had just pulled me out of that school and started to homeschool me the week before I left to film ‘Slapface’. So, I really drew a lot from that experience and built my performance on those emotions.

You share a lot of scenes with Mike Manning, who plays Lucas’ brother Tom. What was he like to work with?

Manning is awesome! We had so much fun on set together. He instantly felt like a real big brother. He really looked out for me in every way. He even got dressed up in a Halloween onesie and went trick or treating with me! One day when it was raining he picked me up and carried me to set so I didn’t have to walk in the mud! I think our chemistry in the film is so great because of how close we got off set. And he is such a fantastic actor, he was great to play opposite. My most intense scenes in the film are with him, and because he gave 100% I could give 100%.

The film’s Jeremiah Kipp spoke very highly of you when I spoke to him recently. What did you learn from him while making the film?

Jeremiah Kipp is a very special person and I’m so lucky to have worked with him. I respect him so much. He LOVES actors. He is 100% an actor’s director. He NEVER treated me like a kid, but as an equal. If I had an idea of how to play the scene he let me try it. For instance, in that very final scene of ‘Slapface’ we were crunched for time and really needed to get that last shot. But I asked Jeremiah if I could try breaking the 4th wall for the end of the film. I think he almost said no because of time, but he paused and then said “Ok Auggie, let’s try it” and he ended up loving it. And we got that shot in the 1st take. Honestly, I don’t think many directors would have let me do that. He trusted me as an actor. I will never forget that. And now that shot became the poster. None of that would have happened if Jeremiah wasn’t as wonderful as he is and trusted me the way he did. I really hope I can work again with him soon.

What would you say was the biggest challenge when it came to playing Lucas?

I would definitely say the biggest challenge was all the physicality and the stunts. We were so lucky to have an incredible stunt coordinator named Mack Kuhr. He was Keanu Reeves stunt double and worked on the ‘John Wick’ films. The reason the slapping, punching, falling, shooting a gun and using a knife in ‘Slapface’ all looked so real was because of him. I had never done those things in a film before, so he had to teach me. He was awesome.

Lucas is involved in some pretty intense scenes, especially with the witch. How did you manage to turn off after filming and not take what happened on the set home with you?

The witch was played by an incredible actor named Lukas Hassel. Just like Mike Manning, I spent a lot of time offset hanging out with Lukas and having a good time. My character of Lucas and the witch really loved each other in the film, so it was important that we truly had a bond. We spent a lot of time laughing and joking when we were not filming, all while he was in full costume, so it was a blast. While we were filming ‘Slapface’, I actually stayed in a house on the property, and so did the crew. I think it really added to my performance because I was living in this world of Lucas in the woods. I never really turned off after filming, I would just walk over to my cabin and go to sleep!

When did you know that acting was something you wanted to pursue as a career?

I was very young when I knew I wanted to entertain people. When I was about 3 or 4 years old I was in a church play, which was a type of talent show. I was up on stage naming all the state capitals. When I was finished and had to get off the stage I sat next to my mom in the audience and was very upset. She asked me why and I said “I don’t want to be down here, I want to be back up there on the stage!” So, she got me an agent and I started working right away. I booked ‘Girl Meets World’ a year later when I was 5. I think I just love anything artistic, whether it’s acting, music or art. In all of my free time I’m drawing. And it’s always horror themed. I love horror!

I was very lucky to be part of an incredible short film called BOYS that we shot over quarantine. It’s just beginning to screen in the festival circuit. It was directed by Luke Benward and produced by Ariel Winter from ‘Modern Family’ and Oscar winner Andrew Carlberg. It stars myself and Cameron Crovetti from ‘Big Little Lies’. I’m very proud of it and it just won best short at Hill County Film Festival. I’ve also done a couple of TV roles. Other than that, I have a couple of other things coming up that I can’t share yet. Stay tuned!