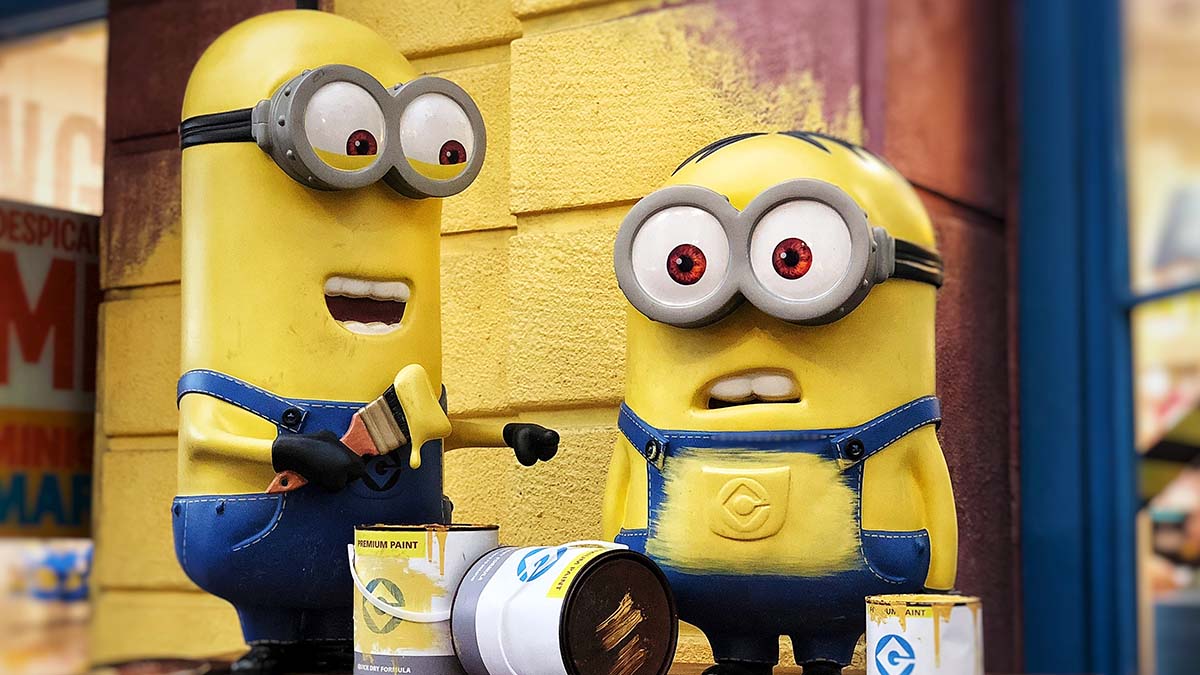 With 2022 just around the corner, attention is turning to next year’s crop of comedy movies.

Global audiences are in the mood for a good laugh and a giggle, particularly in the aftermath of the crisis. But what movies are on the horizon?

What can we expect? Find out all the goss here.

Minions: The Rise Of Gru

‘Minions: The Rise Of Gru’ is slated for release in the US on July 1 next year and will tell the childhood story of Gru and his quest to become the world’s leading supervillain. The film is directed by Kyle Balda and is yet another installment in the critically-acclaimed Despicable Me series.

‘Minions: The Rise of Gru‘ was originally meant to release in July 2020, but got delayed due to the impact of the pandemic. Teams were unable to complete the project in the time frame originally allotted, and so postponed the release to ensure that the final product achieved the studio’s requirements. What form the plot will take is still not entirely clear.

The Man From Toronto

If you’ve been looking forward to watching ‘The Man from Toronto’, you won’t have to wait long to see it. Director Patrick Hughes says that the release date will be January 14, making it the perfect film to watch to avoid those January blues.

The plot, according to the studio, will follow the life of a New York City screw up who is mistaken for the “man from Toronto”. Eventually, the two meet in an Airbnb, and various comedy antics then ensue.

The cast has some well known names, including Kevin Hart, Jason Statham and Woody Harrelson.

According to Variety, ‘Legally Blonde 3’ will be hitting the theatres on May 20 next year, reuniting the original cast. Reese Witherspoon, Jennifer Coolidge and Alanna Ubach are all confirmed as being in the movie.

There are no fixed details yet about the form that the plot will take. However, you can expect plenty of blonde jokes. In a recent interview, Witherspoon said that she didn’t even have a script yet. But she is interested in knowing what has happened in Elle Wood’s life since she last played the character many years ago. It is possible that Jennifer Aniston may also have a cameo in the film, though, at the moment, that is pure speculation, with neither star having confirmed it as the truth.

‘Rumble’ is an upcoming animated sports comedy based loosely on Rob Harrel’s graphic novel. The story will take place in a world in which monsters have become tame and wrestling is a national pastime. Lead character Winnie wants to follow in his father’s footsteps as a wrestling manager and decides to train a new contender. However, not all goes to plan.

The film’s cast includes Becky Lynch, Roman Reigns, Will Arnett, and Jimmy Tatro. It is a joint production venture between Paramount Animation, MORE, and WWE Studios. The film is currently rated PG and will release in the US on February 18, 2022.

Puss In Boots: The Last Wish

‘Puss In Boots’ is a spinoff of the wildly successful ‘Shrek’ series. It follows the antics of a small Spanish cat, Puss in Boots, after he has burned through eight of his nine lives. The plot follows his epic journey to discover the mythical Last Wish and restore all nine of his nine once more.

As in all of the other films in the franchise, Antonio Banderas will provide the voice acting for ‘Puss in Boots’. He will work alongside Salma Hayek and Chris Miller.

Unfortunately, if you’re desperate to see this film, you’ll still need to wait a while. Producer Mark Swift states that the film won’t hit theatres until September 23, 2022.

‘Turning Red’ is an animated comedy slated for release in March next year. It will follow the antics of Mei Lee, a confident and nerdy thirteen year old who can’t make up her mind whether she wants to continue kow-towing to her mother or have a life of her own. However, unlike most teenage girls her age, Mei has an unfortunate habit of transforming into a red panda every time she gets too excited.

‘Turning Red’ will be Pixar studio’s 25th feature-length animated film. It is written by Academy Award-winning Domee Shie and produced by Lindsay Collins. The movie is actually the first film from the studio to get a full theatrical release since Toy Story 4.

‘Luck’ is yet another upcoming animated comedy and will star some of Hollywood’s most famous actors, including Whoopi Goldberg as The Captain, and Jane Fonda as the Dragon. The film is an American-Spanish collaboration produced over several studios, including Skydance Animation Madrid and Paramount Pictures.

The plot follows the story of a girl who finds herself in a brand new world of really good – and really bad – luck. During her adventure, she teams up with a variety of magical creatures on a quest to find something even more powerful as a driving force behind her life.

Development for the film began all the way back in 2017 when Skydance Media and Paramount Pictures formed an alliance. The original release date of the film was supposed to be March 21 2021, but, for pandemic-related reasons, that didn’t happen. According to reports, parts of the film were created remotely during the peak of the lockdown in an attempt to keep production on schedule.

When can you watch this film in theatres? It’s out on February 18 next year.

‘Marry Me’ is a comedy that follows the antics of a pop-star bride, Katalina Valdez (played by Jennifer Lopez) and her rock-star fiancé Charlie Gilbert (played by Owen Wilson). Kataline and Charlie are due to get married, but Kat starts feeling jittery just before the wedding and decides to randomly marry a stranger in the crowd. After she does that, all hell breaks loose.

The film is directed by Kat Coiro, with Jennifer Lopez and others acting as producers, including joint screenplay writer John Rogers.

In this article:Legally Blonde 3, Marry Me, Minions: The Rise Of Gru, Puss in Boots: The Last Wish, Rumble, The Man From Toronto, Turning Red