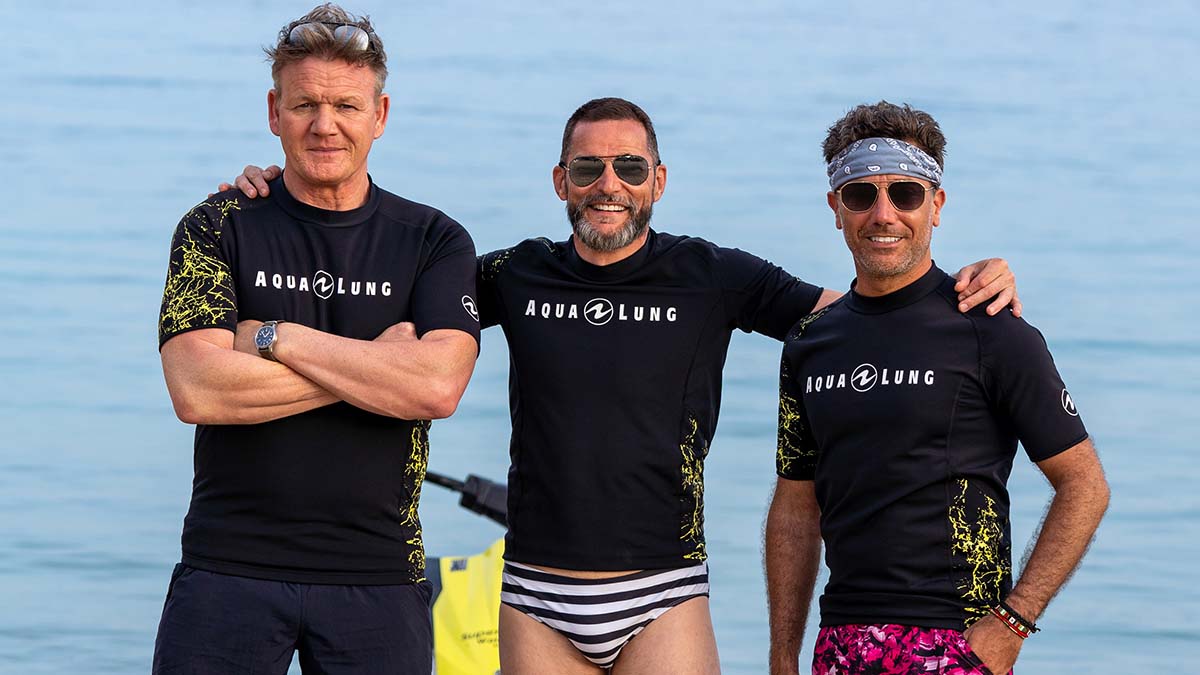 This time their RV is hitting the beautiful Greek islands and historical city of Athens, for a big fat Greek adventure, together again behind the wheel on an epic odyssey like no other.

From island hopping on a catamaran, to jet ski racing and shipwreck diving, there will be bromance and bickering in equal measure.

Thanks to an abundance of fantastic food, including the freshest lobster, chefs Gordon and Gino will be looking to prove that Greece’s culinary credentials are up there with the very best of Europe.

The guys will begin their adventure in Crete, Greece’s largest island, before navigating their way to stunning Santorini, making their way to the party island of Mykonos and finishing their trip in the Greek capital Athens and the monasteries of Meteora.

You can watch a clip from tonight’s episode ‘Mamma Mia!’ at the top of this article. Gordon receives some negative feedback about his cooking, which gives Gino and Fred plenty to laugh about!