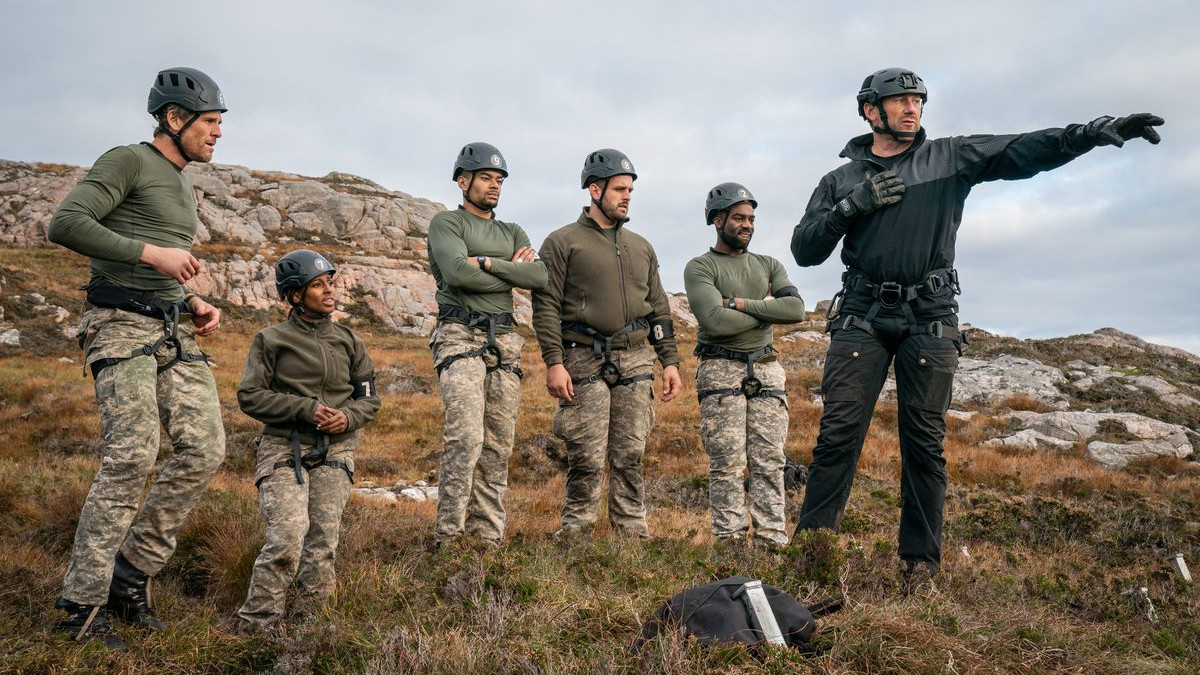 On the latest episode of Celebrity SAS: Who Dares Wins, the celeb recruits were given new challenges that included hand-to-hand combat and open-water diving.

The fourth episode focused on adversity. It opened up with the Redman challenge. Here the celebs needed show they could switch aggression on and off when needed. The challenge involved taking on Foxy in hand-to-hand combat to see how aggressive they could be. Kieron Dyer absolutely went for it and really let out his pent -up anger.

After a run back to base, Kieron asked to see the medic. He’d sustained an injury to his ribs which was causing him pain and starting to hamper his performance. The DS (Directing Staff) later brought Kieron in for questioning. He bravely opened up about being the victim of sexual abuse when he was a child and how it had affected him through life.

The next challenge involved running down a 50-metre-high pillar face first. Before the could attempt it they had to climb a tricky rope ladder to the top. Most of the celebs performed quite well despite the difficulty.

During the night Kieron collapsed with a respiratory problem. He was moved to a medical facility to recover and withdrawn from the course.

The final challenge of the phase was an open-water task. The celebs each needed to dive 9-feet deep to recover the contents of a supply crate. James and Wes passed but Aled and Ore failed. Alexandra also failed after panicking and refusing to even attempt the dive. She was later brought in for questioning and spoke of the grief of losing her mother and how it had knocked her confidence.

In episode 5, only five celeb recruits remain and they’re about to be sent on the run on an escape and evasion mission. To break them down physically and mentally before this final stage, the Directing Staff (DS) push the recruits hard with two gruelling tasks. Who will have the mental resolve to make it to the end?

Split into two teams, Alpha and Bravo, after carrying a 95kg boat across boggy terrain, the teams face a dangerous open water task involving a capsize and rescue. TV personality Wes Nelson gets a grilling.

At the Red Cliffs, the teams must race up a cliff, perhaps the toughest challenge yet for Alexandra Burke. Messages from home push the recruits to an emotional breaking point before they are sent out on the run.

Celebrity SAS: Who Dares Wins 2021 continues at 9pm Sunday 26th September on Channel 4. Preview the episode with our gallery: