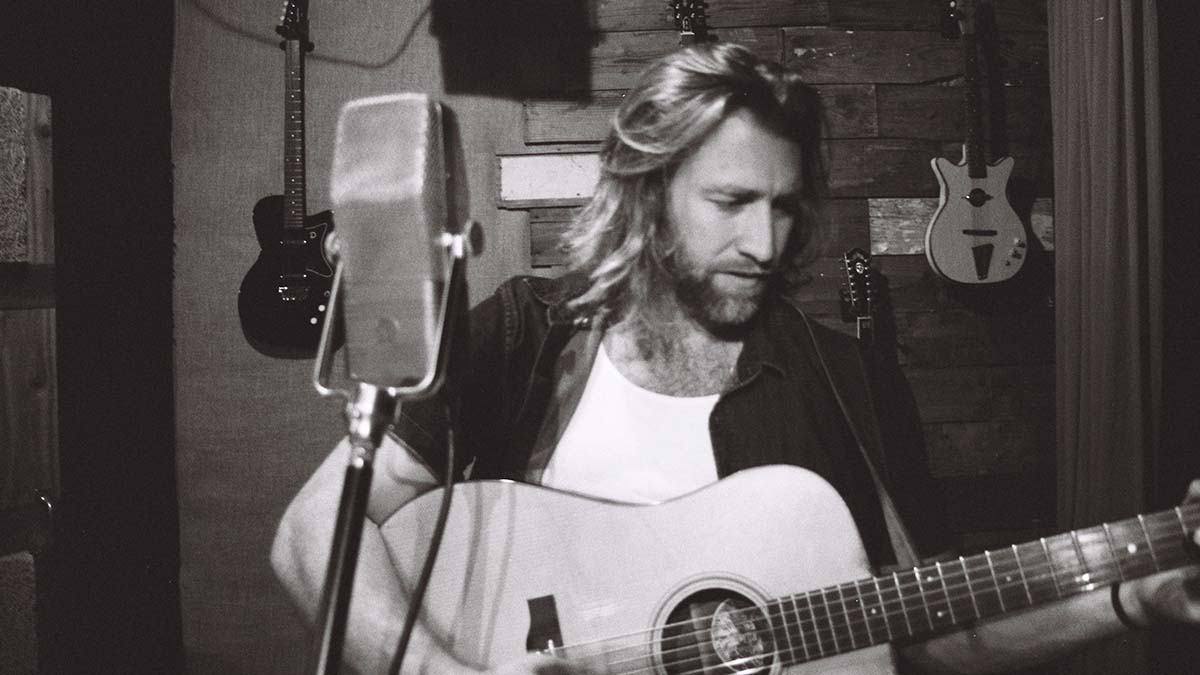 Tony Kamel is best-known as the frontman of Wood & Wire but for his latest project, ‘Back Down Home’, he’s going solo.

The album is produced by Bruce Robison and released on Robison’s The Next Waltz label. It was recorded over a series of days at Robison’s all-analog studio in Lockhart, Texas.

I spoke with Tony to find out about making the album, discuss working with producer Bruce Robison and to talk about his upcoming plans…

Your debut album ‘Back Down Home’ is released this month. What can your fans expect from it?

I didn’t know I had fans! This is really all completely new to me, and to any Wood & Wire fans that happen to have heard about me as a solo artist. It’s a much different vibe but the flavors of the bluegrass world I’ve existed in these last 9 years or so are sprinkled in there. Most obviously – they can expect a lack of banjo, and the presence of drums. Honestly, this is a representation of the music I loved to listen to and learn before I fell into the bluegrass world. A return to my roots, so to speak (cliche I know). I wanted the vibe to have a Levon Helm-esque quality. Live, fun, and raw (both sonically and emotionally).

Why did you decide to make a solo album at this point in your career?

It was simply the right time. The pandemic put shows to a halt and Wood & Wire had nothing on the books. I had the songs and I had the time so I went for it. Bruce had been asking me to do it for about 4 years but I had been way too busy.

Bruce Robison produced the record and everything was recorded in his analog studio. What was that experience like?

It was fantastic. With it being all analog and live, we tracked the songs very quickly – just a few days or so. We spent more time on mixing and a few overdubs than we did on anything else. The players were fantastic, once we settled in it came very easily and we had a great time. The limitations to not working with a digital recording interface make for some quick work. We had to perform the tunes live and get ‘em. I loved it. There’s nothing better than singing with a band in the studio. I feel like I lose a certain energy if I don’t sing while I’m playing.

What was the most challenging aspect of making this album?

Making the album was as easy as it could be, to be honest. Bruce was great, the band was stellar, and we were having fun. All I had to do was not suck!  Getting people to listen to it and getting it to spread around is hard. I’m very lucky to have had Wood & Wire – we grew before the era of Spotify playlists and such so when that stuff started, we grew along with it and it all happened easily. Now I’m starting over and it’s hard to break through the massive number of releases coming through. Not to mention, the bluegrass pool is relatively small compared to the Americana pool I’m entering now. I’m trying to be patient and just do the work.

Before you joined Wood & Wire you’d never played music professionally. Why did you decide to pursue music at that point and how was the transition to performer?

I guess it was a mix of blind and ignorant ambition, eye opening tragedy, and (frankly) a desire to not work at my sales job anymore and to do what I wanted to do. That last one might be my biggest motivation still. I like to say I work really, really hard at not working.

The pandemic has been so tough for everyone. How did you keep yourself busy during the last 18 months?

Did a few live streams like everyone else did (not a big fan), worked out on the family ranch, didn’t much feel like writing until about 8 months in. Also made a baby – so there’s that. Then we made a record and that has kept me busy. Once shows started happening again, I dove straight back in to doing solo shows wherever I could safely do them too. Frankly, I’ve had it easy compared to a lot of people. I have a great partner, we live in a great place, and we have lots of friends and family around.

Now that the world is opening up again, do you plan to travel outside of the US and tour your album on this side of the pond?

Absolutely. I would love to travel across the pond – I just need the right gig! Honestly, I love playing rowdy shows with a band but my favorite thing to do is play intimate solo shows where I can tell stories and really connect with an audience. That would be a much easier way to pull off a trip to that part of the world. If you know anyone or if anyone reading this is interested – let me know! I’m easy to find and desperate to be found.

What’s next for Wood & Wire? Are there plans for more music once your solo album has been released?

Wood & Wire is in flux at the moment. We have no plans to book any shows for a while but I have faith something will come together after some time. I do plan on making more music under my own name and focusing on that for the time being. In November I have plans to record a live record of just me and an audience. I really want to get that type of performance on record and capture what I love to do by myself in front of a crowd. We’re gonna have 30-40 people out at Bruce’s studio and just see what happens. Hopefully with some luck (and a bit of tequila) we’ll get something good and worth releasing.

Tony Kamel’s ‘Back Down Home’ is released on 24th September 2021. Watch the video for ‘Amen’ below:

Advertisement. Scroll to continue reading.
In this article:Featured, Tony Kamel