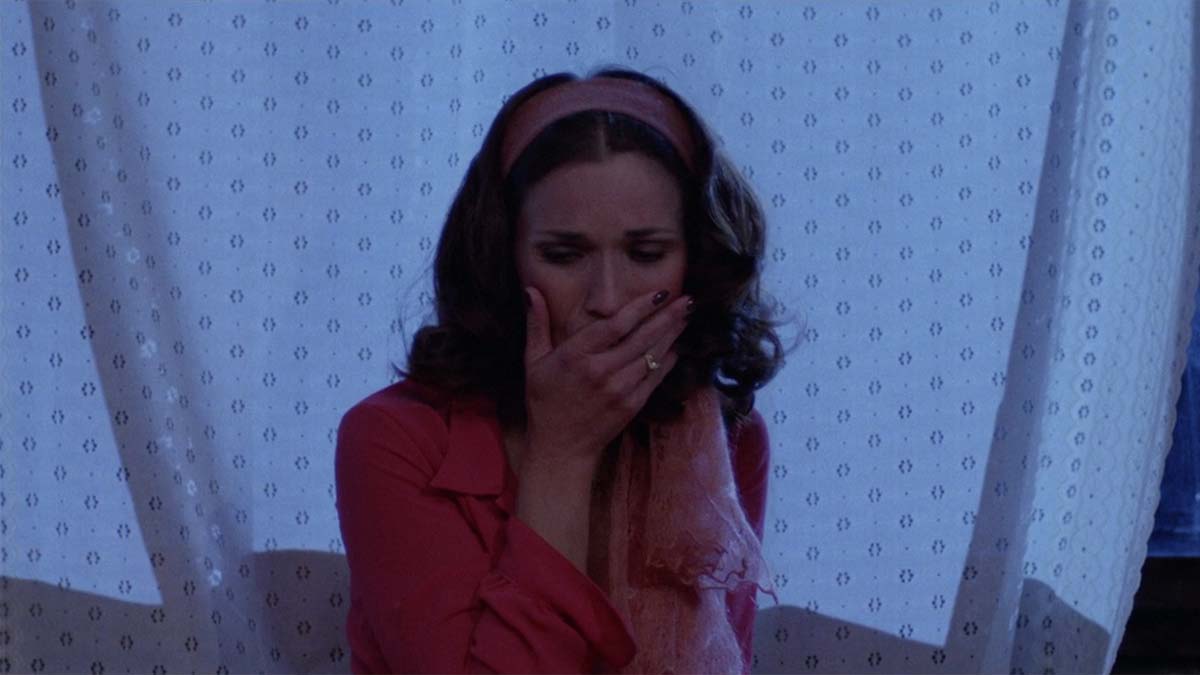 Linda Lawrence (Alexandra Morgan) is tormented by a masked man in her home and while trying to get away from him, she falls out of a window to her death. Determined to find out who was responsible, Linda’s estranged sister Keegan (Jo Ann Harris) arrives in town and suspects that the killer is one of two men in the town – police officer Roger Lane (Sam Groom) or theatre manager Billy (Steve Railsback). As she begins her investigation, Keegan finds herself becoming romantically entwined with Roger and may be walking into the crosshairs of the killer.

‘Deadly Games’ was originally released in 1982 and it was written and directed by Scott Mansfield. For its screening as part of Arrow Video FrightFest, we were treated to the World Premiere of a new restoration of the film. You know exactly what kind of film this is going to be within minutes as it opens with Linda returning home before randomly undoing her top and fondling her breasts in the doorway of her home (as you do). Of course, she remains half-naked while she’s tormented by the masked killer and some unfortunate dialogue about how she can make him feel good if he wants to rape her sets a very seedy tone.

What follows isn’t really the horror film you expect from the opening moments. Instead it’s more of a detective story with a few murders thrown in along the way. We spend the majority of the time with Keegan as she tries to piece together the mystery and investigates her two prime suspects. That leads to lengthy scenes of dialogue meaning there’s very little time for frights or scares. It seems that Mansfield was inspired by the slasher films of the time but he never really finds the right balance with his screenplay. As any slasher fan knows, a film has to feature brutal and memorable kills and ‘Deadly Games’ doesn’t have either.

The film’s saving grace is Jo Ann Harris who, against the odds, puts in a performance that holds your attention. She’s likeable as Keegan, even when the character is bafflingly naïve, and Harris gives you someone to root for. You do have to put aside logic when it comes to things like Keegan’s insistence on staying in her late sister’s home or getting romantically involved with a man she suspects could be the killer.

‘Deadly Games’ is an average early 80s thriller. I can see that Mansfield was trying to add a little more weight to his story than other films at the time but that results in a film that has issues with its tone and pacing. Fans of these kinds of movies want to be thrilled and scared, not expected to partake in a potential love story that eclipses the murders that should have been the focal point. Arrow Video’s restoration looks fantastic, and certainly better than the previous releases of the film, but ‘Deadly Games’ will likely test your patience more than it’ll do anything else.