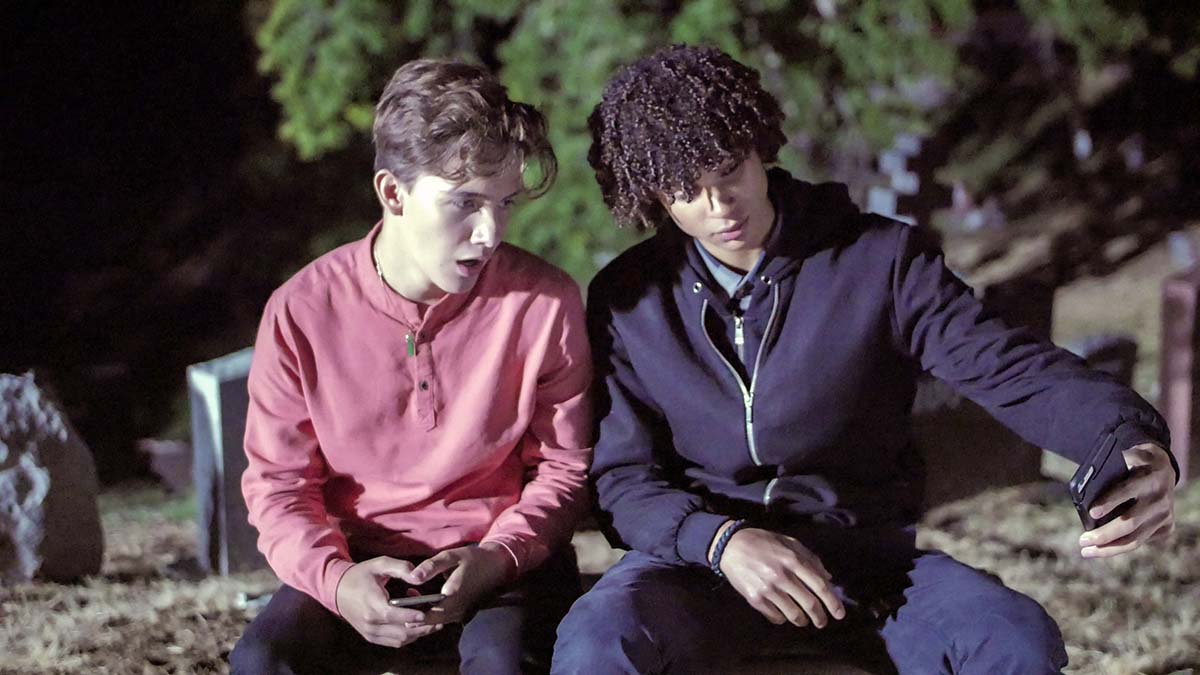 Following the death of one of their children, two religious parents bring their family together for a wake. The deceased boy’s siblings – teenage twin Mason (Noah Urrea), precocious child Molly (Sofia Rosinsky) and elder sister Megan (Megan Trout) – each try to deal with the loss in their own way but the family is brought close to breaking point when Jameson (Kolton Stewart), the secret boyfriend of the late Mitchel arrives at the family home.

‘A Wake’ by director and writer Scott Boswell is an exploration of grief and how people process it differently. Giving the central family a religious slant, opens up the opportunity for conflict particularly as the dead son was in the closet, to his parents at least as both Mason and Molly were aware of Mitchel’s relationship with Jameson. On the day of the wake, Molly is busy bossing everyone around determined to stick to a strict schedule while Mason decides to try and connect with his late twin via a Ouija board. The arrival of Megan at the family home causes problems as she has a fractured relationship with her parents and that tension is increased when Jameson knocks on the door.

Boswell paints a very vivid picture of a family that has failed to communicate with one another and that’s definitely the film’s strongest point. It’s clear that religion has divided the family and the inclusion of the local pastor, who makes tensions worse, is a nice plot device to bring some tough conversations to the surface. While we do get to know the three siblings, the parents are a little less developed and while it’s clear they had no idea about their son and they wouldn’t have approved of his sexuality, we never get under their skin sufficiently to understand their point of view.

The cast does a good job with Noah Urrea in particular standing out in the dual roles of Mason and Mitchel. He gets the most material to work with and he showcases a range beyond his years. I was particularly impressed with how he convinced as both of the twins, really establishing them as individuals. Kolton Stewart is really good too as Jameson, and the way he navigates the strained relationships in the family is nicely played.

‘A Wake’ is a solid enough family drama. For me, not quite enough happens over the course of the film and it feels like the premise is over-stretched. The performances are enough to keep your interest but I don’t feel the film delved as deeply into the conflict in the family as it could have. I wanted to know more about Jameson and Mitchel’s relationship, and it would have been nice to see more of Mitchel within the family unit to get a proper sense of how he interacted with his family. ‘A Wake’ has lots of elements that work but it didn’t quite hit the spot.