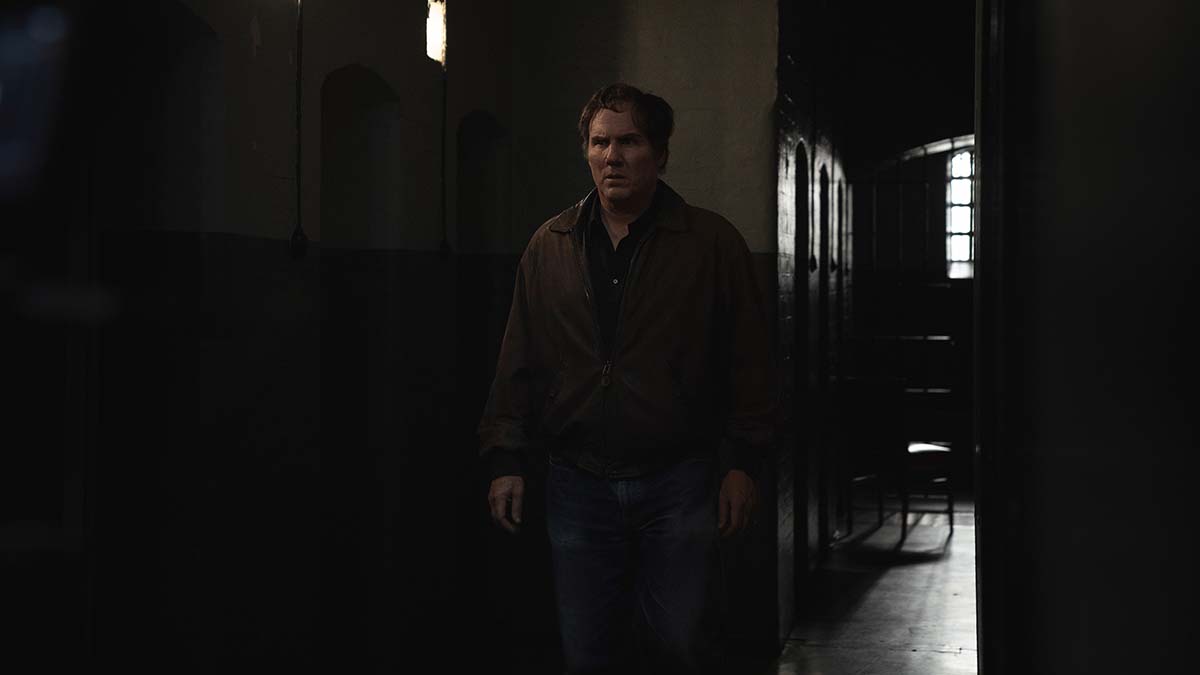 Occult expert Dr. Steven Caramore (Corey Johnson) spends his days debunking claims of possession and the supernatural, aided by his Haitian sidekick Ola (Kashif O’Connor). When his friend Ben Dollarhyde (Oded Fehr) is accused of murder, he claims that he was possessed by a demonic Black Madonna. At first Caramore doesn’t believe him but when he starts to suspect his friend may be telling the truth, he rents out his deceased father’s apartment – which he fills with supposed cursed items – to Maria (Aislinn De’ath), Carly (Alana Wallace) and their two children. Spying on them via hidden cameras, Caramore is determined to find out the truth but he unwittingly puts the family’s lives in danger.

‘Lair’ is the first feature from Adam Ethan Crow and it’s part of Arrow Video FrightFest’s ‘First Blood’ strand, showing only as part of the digital line-up this week. Possession is an oft-used trope for horror so I was really interested to see what Crow has to say and how his take on it would be different to what’s come before. ‘Lair’ is an ambitious project and it’s clear that Crow has gone to lengths to ensure that his tale is one worth telling, rather than rehashing what’s been done so many times before.

Following an intense opening, which depicts the events that lead to Ben being arrested, the film takes its time to set-up for Maria and Carly moving into Caramore’s father’s flat. There are hints of what’s to come and you can’t help but feel a sense of dread for this poor family who have no idea what they’re letting themselves in for. Before the supernatural element begins to play out, it’s clear that there are issues within the family. Maria’s eldest daughter Josephine (Anya Newell) is behaving like a rebellious teenager, bonding with Maria’s partner Carly but not listening to a word her mother says to her. The younger daughter Lilly (Lara Mount), is caught between the rest of the family, often not fully understanding the conflict that unfolds in front of her. There’s clearly a lot of pent up tension between Maria and Carly too, and that plays out over the duration of the film.

An interesting aspect of the film is Caramore and his scepticism. He doesn’t believe what Ben has to tell him but he’s eventually forced to change his mind when he witnesses what’s happening in his father’s flat. Still, despite realising the family is in danger he does nothing to help him and that made him an unlikeable character. He’s content to spy on them and watch things unfold but doesn’t bother to step in when supernatural forces wreak havoc.

The entire cast is very good. Oded Fehr is really only in the film for a brief cameo and it’s Aislinn De’Ath and Alana Wallace who impress the most as the two leads. Their chemistry is believable and the way they interact with one another is natural. You believe they are two women trying to raise a family, and frequently getting it wrong. I really enjoyed their performances here. Corey Johnson is solid too as the unsympathetic Caramore and it’s fun to watch his character realise that the things he’s been debunking may actually be true after all.

‘Lair’ is a solid horror/thriller that has a few decent scares and an uncomplicated plot that will hold your attention. The story could have been fleshed out a little more to explain certain aspects and I did feel that Crow sometimes went for atmosphere over story. For a first feature though, ‘Lair’ looks fantastic, it genuinely attempts to do something different with possession, and it’s the work of a film-maker who has plenty of promise.