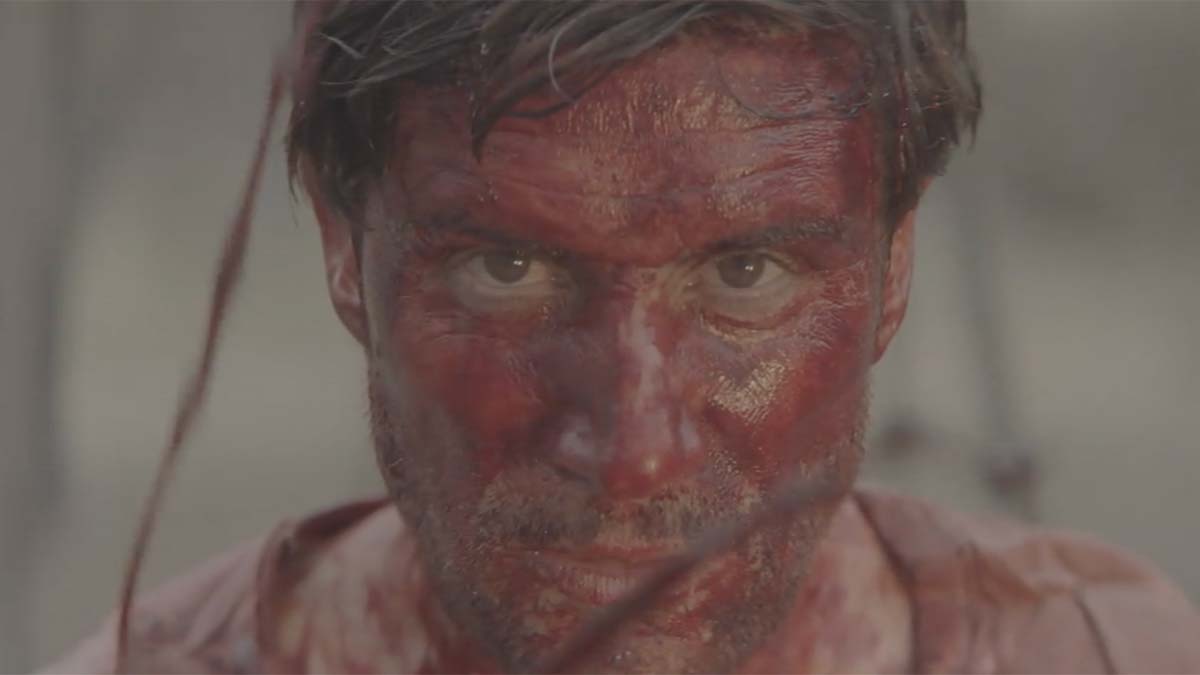 Bishop (Michael Lombardi) is a local pastor who leads his community and cares for his two daughters Sarah (Katie Kelly) and Rebecca (Abbey Hafer). Tragedy strikes when Sarah is murdered in a seemingly random attack, sending Bishop into a spiral. As he searches for answers and tries to find out who murdered his daughter, Bishop uncovers an underworld he never knew existed that pushes the limits of his faith.

‘The Retaliators’ received its World Premiere at Arrow Video FrightFest and it’s a film that there’s been plenty of buzz about, in large part due to the number of rock stars that appear on the soundtrack and in small roles within the film. Leading up to the release, a number of songs from the soundtrack have been released and the music videos have featured footage from the film. Rock fans will be able to spot the likes of Tommy Lee, Papa Roach’s Jacoby Shaddix, members of Five Finger Death Punch and Cory Marks in the film. Honestly, though they are nothing more than a creative way to get eyeballs on the film, and I’m sure that will work.

Peeling away that rock layer, ‘The Retaliators’ aims to be a good old-fashioned horror of the kind you’d expect from the 80s. There’s a solid story at the centre as viewers follow Bishop and his family, and the cold open shows you scenes that take place later in the movie immediately dragging you into the film. The murder of Sarah is shocking and that sets off a chain of events that transforms ‘The Retaliators’ into something very different than what you’ll expect from the beginning. The set-up suggests that there may be some kind of zombie creatures causing havoc but the reality is very, very different.

That’s where ‘The Retaliators’ stumbles a little. I felt very invested in Bishop’s story and I rooted for him to avenge the murder of his daughter. Unfortunately, that gets interwoven with a secondary plot about Jed (Marc Menchaca), a man whose suffered his own tragedy and taken the law into his own hands. Jed’s backstory is clumsily explained through overly long flashbacks, which sidelines Bishop for far too long. When the two storylines inevitably converge, it works to some degree but it feels like a very clunky way to tell the story. I simply didn’t care for Jed at all and would much rather have spent all of my time with Bishop.

Holding the film together is Michael Lombardi who puts in a stellar performance as Bishop. He’s the heart of the film and Lombardi brings the character’s internal conflicts to the fore. While he’s consumed with rage about the murder of his daughter, he’s not sure he’s willing to put aside his own morals and beliefs to exact revenge. There’s a fantastic scene when he comes face-to-face with Sarah’s killer and we see Bishop pushed to the limit. Joseph Gatt is very strong too as Ram Kady, the ruthless killer, and his presence on screen is nothing short of terrifying.

‘The Retaliators’ is a solid enough B-movie horror. It’s not going to change the world but it’s a loving homage to a time when horror was simpler and relied on gore and fight scenes, rather than torture porn and the supernatural. There is plenty of fun to be had, I just wish that the story had been fleshed out better and that we’d been able to concentrate solely on Bishop and his family. The rock music soundtrack definitely adds plenty of menace and some movie-goers will get a thrill from seeing their favourite rock stars in small roles too. ‘The Retaliators’ may have its issues but it’s entertaining nonetheless.