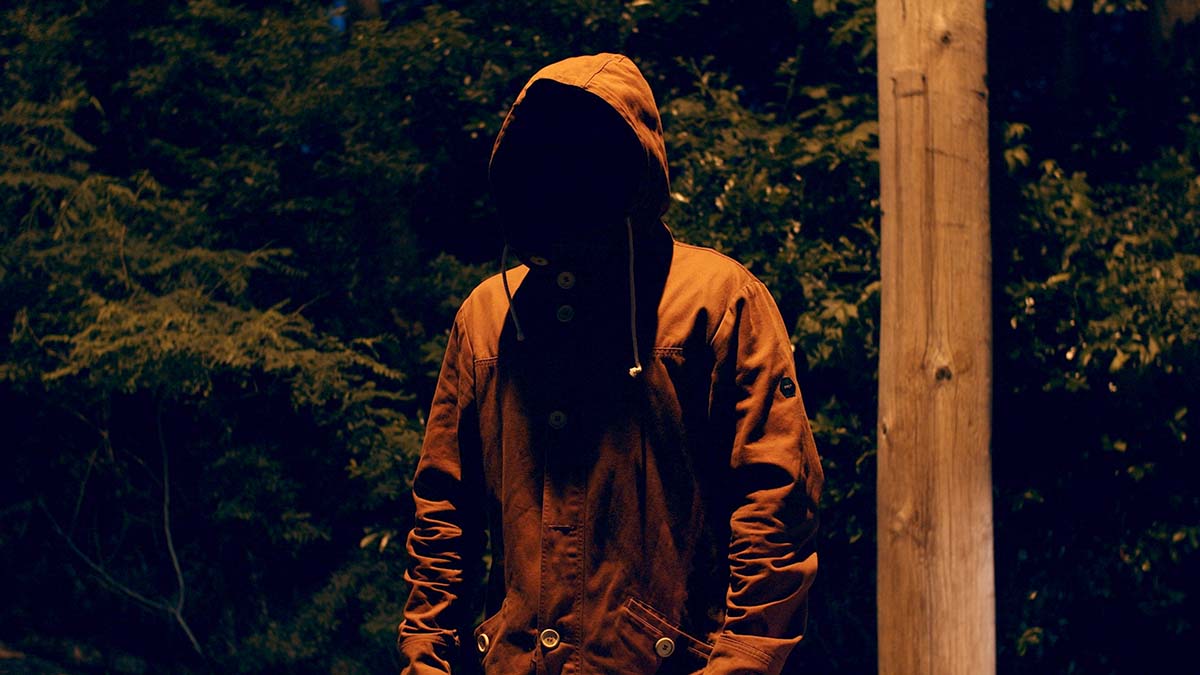 Aspiring producer Seth (Coley Bryant) and true crime writer Holly (Casey Dillard) convince their friend Mark (Glenn Payne) to help them write a movie about a local serial killer whose killing spree is still on-going. As they trade ideas and start to shape their screenplay, the group is unaware that one of them is the killer that they are basing their movie on. Will they find out the truth before it’s too late?

‘Killer Concept’ is the new film from director Glenn Payne and writer Casey Dillard, following their 2019 festival smash ‘Driven’, which I had the pleasure of reviewing for Arrow Video FrightFest. The dynamic duo team up once again to bring something very different from ‘Driven’ to the big screen with their very clever new film ‘Killer Concept’. Dillard once again stars and this time Payne steps in front of the camera in a leading role (he only played a small role in ‘Driven’) alongside Coley Bryant (who was also in ‘Driven’). Made for a budget of $900 and with a crew of only 5 people, ‘Killer Concept’ is a shining example of independent film-making done right.

Like ‘Driven’ before it, ‘Killer Concept’ is endlessly inventive, often breaking free from budgetary restraints, and delivering a film that is a clever exploration of the horror genre. The film opens with Holly, Seth and Mark throwing about ideas for their film as the viewer sees a young blonde woman being stalked in her home as she’s about to de-robe and get in the shower. The creation of that potential scene creates friction between the three film-makers as Holly questions the gratuitous exploitation of women in horror while Seth wants the film to be full of nudity, blood and violence.

All the while Mark remains mostly silent and it’s revealed in the first 10 minutes (small spoiler alert), that Mark is indeed the local killer the trio is basing its film on, even though Holly and Seth have no idea. Part of the fun of ‘Killer Concept’ is watching Mark trying to contribute his ideas, only to have them shot down by Seth and Holly who believe they know better. For the viewer this is fun as Mark is sharing actual details of the murders that are then dismissed for one reason or another.

As Holly and Seth focus on making the film, and constantly have to navigate butting heads, Mark spends his time trying to find a new victim to murder. The two plot strands work together incredibly well, with plenty of humour peppered in both to keep the audience laughing even when things turn darker. While much of the dialogue was improvised, it’s entertaining watching the three actors – who are clearly movie buffs – trading banter, exchanging ideas and deconstructing the motivations behind murder. Their chemistry is one of the strongest aspects of the film and when the three actors are on-screen together, they are pure magic to watch.

Performance-wise there’s nothing to fault here. Payne is suitably intense as Mark (and a million miles away from what he’s like in real life) while Bryant enjoys himself as the overly confident and pushy Seth. Dillard brings more warmth to the screen, believable as a writer who is hoping this project will be the one that takes her to the big time. She’s very good as bringing out the humour in the dialogue too.

The other thing that’s impressive is just how well-made ‘Killer Concept’ is. If you didn’t know its budget, you would think they had a lot more money than they did. Payne’s direction is tight and the use of locations is spot on. There’s a real dynamic flair to the way the film was shot too, with the creepier scenes paying loving homage to the horror genre. You can feel the love for the genre in every shot.

‘Killer Concept’ is a worthy successor to ‘Driven’. It’s smart, funny, creepy and incredibly inventive. If ‘Driven’ made me a fan of Payne and Dillard, ‘Killer Concept’ makes me want to join their fan club. They are clearly a creative match made in heaven and I can’t wait to see what they come up with next. Similarly, I’ll be keeping an eye on Bryant and I hope he continues to work with these fantastic film-makers. ‘Killer Concept’ is a fantastic film and a very clever piece of genre cinema.