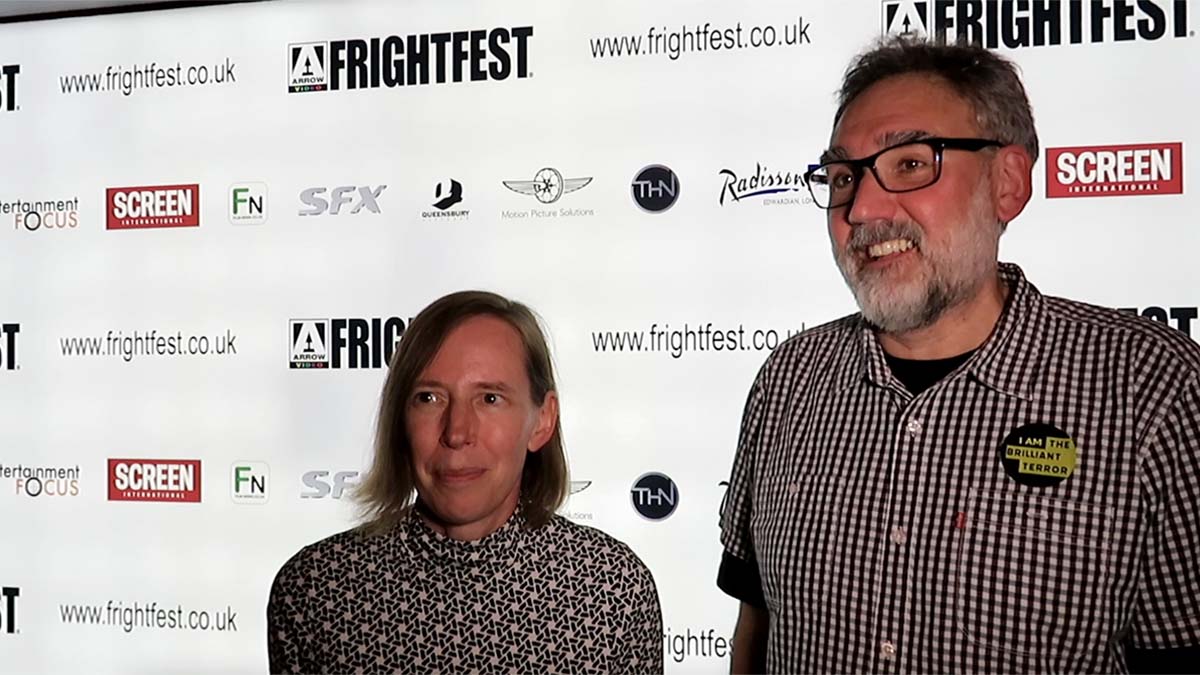 On Thursday night during the opening of Arrow Video FrightFest, I spoke to co-directors Julie Kauffman and Paul about their new Grassroots Horror documentary ‘The Brilliant Terror‘.

Shown as part of the festival’s opening night line-up, ‘The Brilliant Terror’ is a look inside the world of passionate grassroots horror film-makers and focuses on Mike Lombardo as he puts together and completes his latest picture. The documentary also features input from horror fans, film-makers and critics as they share their opinions and experiences of the grassroots industry.

Julie and Paul chatted to me on the red carpet to discuss why they made their film, what surprises there were while filming, and why they made the decision to give the documentary wider context by including key voices from the industry.

You can watch the full interview at the top of this article.