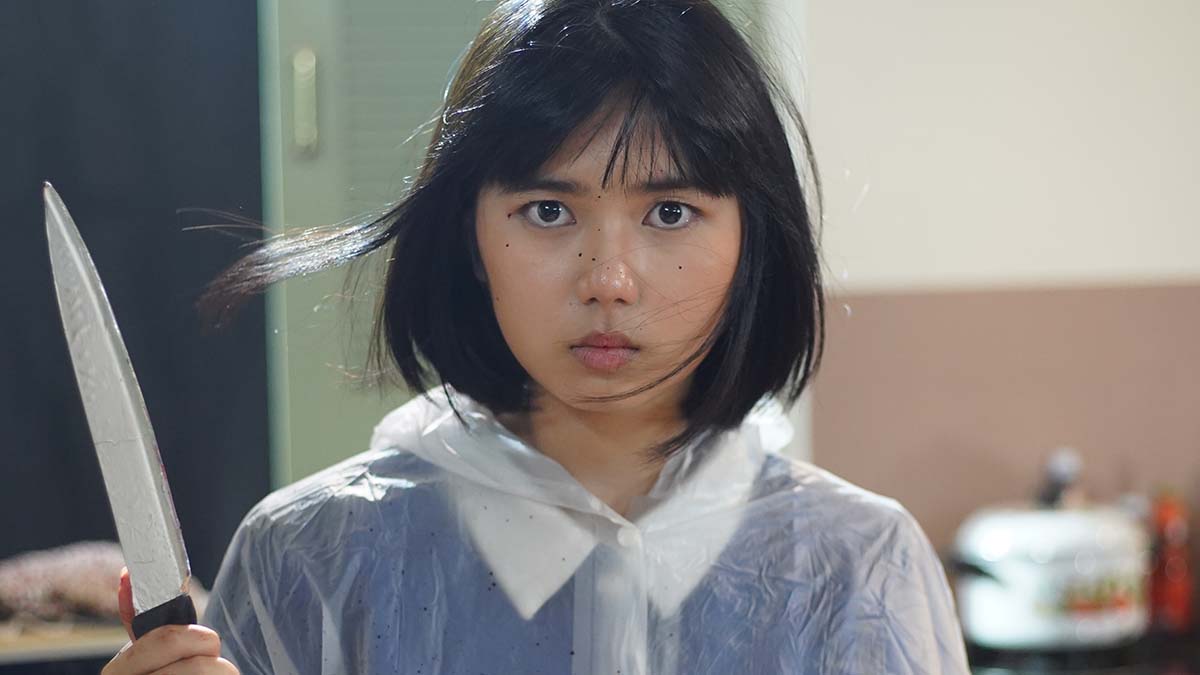 Joy (Ploy Sornarin) takes a job as a live-in maid working for wealthy Uma (Savika Chaiyadej) and Nirach (Theerapet Sajakul) following the sudden departure of their previous maid. Her primary responsibility is to look after their troubled daughter Lady Nid (Keetapat Pongrue), who claims to see things around the house. As Joy settles into the family home, she too begins to see former maid Ploy (Kannaporn Puangtong), who died under mysterious circumstances, and she stumbles upon a dark secret that the family has tried to keep buried.

‘The Maid’ is from director Lee Thongkham and it’s one of the wildest films I’ve seen in quite some time. The first half of the movie is like a Japanese horror, taking its cues from classics like ‘Ring’ and ‘The Grudge’. Joy keeps seeing Ploy around the house, with each encounter becoming more and more intense. These moments provide plenty of jump scares so I highly recommend watching this film in a cinema. Joy happens upon some photos of Ploy with Uma and Nirach while snooping in Nirach’s study, and when she starts to ask questions about what happened to Ploy, she’s immediately shut down.

That sets off the unravelling of a mystery that I have to admit I did work out before the truth was revealed, but it kept me enthralled nonetheless. Split into chapters, the mystery of Ploy is resolved within the first two chapters and when the third and final chapter arrives, the film switches gears and transforms into something completely different. Out goes the jump scares and ghostly visions of Ploy, and in comes a bloodbath that’s pretty shocking, incredibly violent and dare I say thrilling to watch? To give anything more away about the third chapter would ruin the film’s pivotal twist but even if you see it coming, you won’t expect what goes down in the final act.

Ploy Sornarin is nothing short of exceptional as Joy. At first she plays the character as wide-eyed and naïve but when it becomes clear that Joy has more than a little interest in the family she’s working for, Sornarin transforms into a completely different character. The Joy we see in the second half is wild and unhinged, a complete contrast to the character we spend the first half of the with. She really is a talent to keep an eye on and I hope there’s plenty more to come.

Thongkham’s direction is fantastic too. He understands how to draw out tension and reel the audience in, and in the film’s second half he proves that he’s adept at handling violence and action too. ‘The Maid’ looks brilliant and the stylised second half really is something to behold.

‘The Maid’ is a fantastic film that mixes horror, drama and violence expertly. Some viewers may not appreciate the change in gear but I loved it because it was so unexpected. For me, ‘The Maid’ delivers on every level and while there may be some things that go unexplained (what’s with the monkey at the start?), it didn’t bother me in the slightest. This is a film that I’ll be looking to add to my collection whenever it’s released on Blu-ray and it’s a real hoot of a horror.

‘The Maid’ will be available to download and stream on all leading platforms from 11th October 2021.