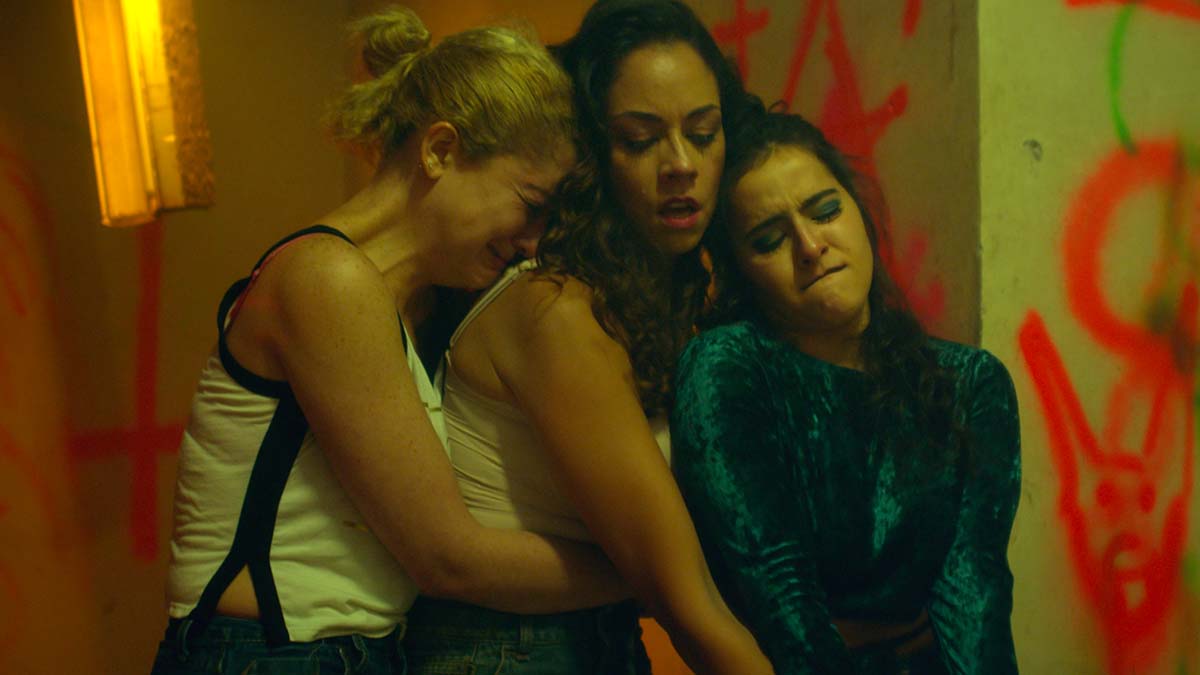 Three women – Magnea (Jessica Ortiz), Aisha (Alejandra Zaid) and Camila (Alejandra Toussaint) – wake up separately in a hospital. One of them is mute, one of them is deaf and one of them is blind. Subjected to a series of nightmarish occurrences, the women must come together to figure out where they are, why they’re there and how they can escape.

‘Forgiveness’ is from Mexican director and writer Alex Kahuam. A nightmarish and non-linear story, ‘Forgiveness’ is a film that you really have to work at to get much from it. Split into three chapters – one focusing on each of the women – and book-ended by a Prologue and an Epilogue, ‘Forgiveness’ is more of a relentless nightmare than it is a story that makes any particular sense. If director Kahuam’s aim was to disorient and disgust the viewer, then he achieves it with ease.

It’s near impossible to figure out what is reality and what isn’t during ‘Forgiveness’. Following a very brutal prologue, we’re taken to the first chapter, which focuses on Magnea. She’s mute and trapped in a seemingly endless chain of nightmarish encounters. The tone of the film is set very early on and if you don’t like your films seriously nasty, then this isn’t going to be one for you. Magnea is subjected to torture and abuse (both physical and sexual) at the hands of bizarre characters.

The template for Magnea’s chapter is then pretty much replicated for Aisha and Camila. While the vents that take place aren’t exactly the same, both women go through nightmarish dream-like sequences that soon turn into violence. Unfortunately, Kahuam decides to use rape on a few occasions too, which honestly the film didn’t need and it adds nothing other than taking it to another level of nastiness.

It should be noted that barely any dialogue is spoken throughout the film. The score makes sure you feel on the edge of queasy from start to finish, and what little dialogue is spoken doesn’t give much away in terms of helping you understand what’s going on. I get the impression Kahuam was going for something along the lines of ‘Mother’ or Gaspar Noé but sadly this film is too abstract and needlessly unpleasant to be considered alongside those.

‘Forgiveness’ is a stomach-churning watch from start to finish. Whatever grand point Kahuam was trying to make, it bypassed me completely and I really didn’t enjoy the film. Much like the women at the film’s centre who are trying to escape a nightmare, I felt like I was trapped in one for 90 minutes. ‘Forgiveness’ tries too hard to be too many things and in the end all it ends up being is nasty.