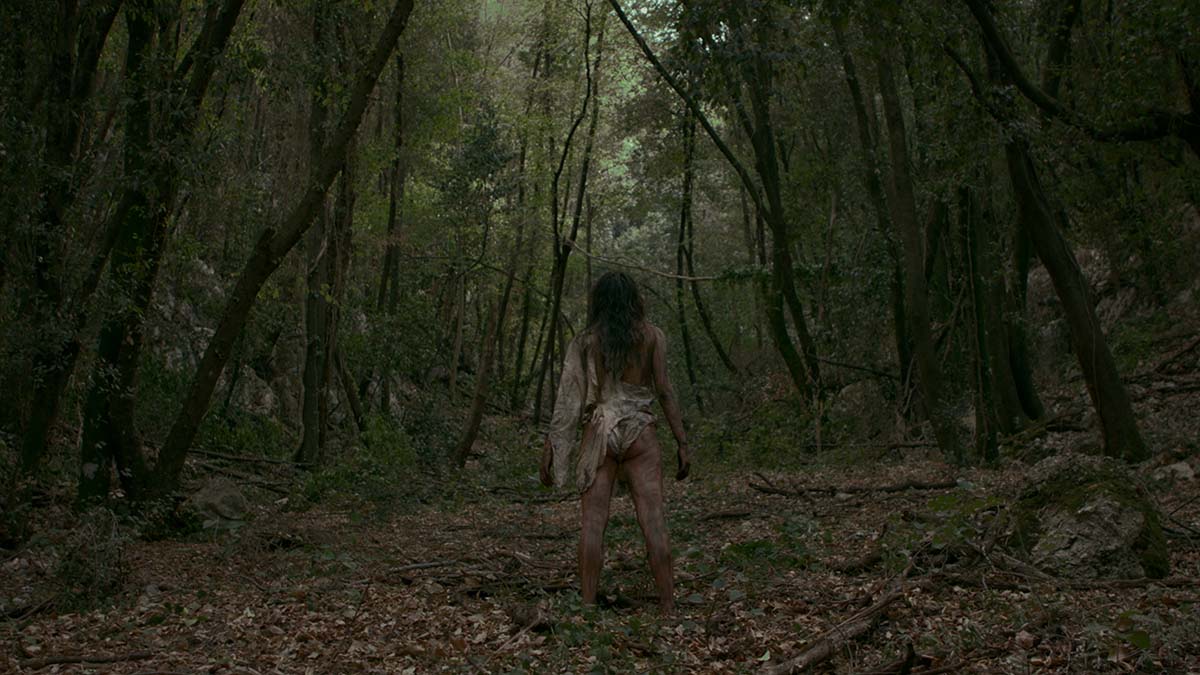 Leonardo (Paolo Ricci), the Chief Inspector of the Police department, meets a documentary maker to record his video testimony about a case involving two missing teenagers. Believing that his findings will get him killed, Leonardo meets the documentary maker somewhere secluded as he relays what he found in chronological order. His story starts with a young girl imprisoned in 1275, who was experimented on by an alchemist but formed a bond with a young amanuensis, that links to disappearance of the two teenagers.

‘As In Heaven, So On Earth’ is an incredibly ambitious film from Italian film-maker Francesco Erba that mixes a variety of different techniques to tell its story. Taking place over three timelines – 1275, 2011 and the present day – Erba uses a different narrative technique for each one. The story from 1275, that unravels over the course of the film, uses puppets while the events in 2011 centring on missing teenagers Jessy (Sara Paudano) and Cris (Federico Cesari) is pieced together using mobile phone footage from their phones. The present-day story takes the form of a documentary style interview, with Leonardo talking directly to camera. The mixture of all three techniques makes the film a unique proposition and it certainly showcases Erba’s talents as a film-maker. The puppetry in particular is very impressive and it tells the supernatural-tinged story effectively.

Erba’s screenplay packs a heck of lot into it and that is unfortunately one of the film’s downfalls. The constant jumping between timelines can be confusing and I’m not convinced that the story came together by the end as neatly as was intended. It left me with plenty of questions and how everything related wasn’t as clear as it could have been. That been said, trying to work out what’s going on will hold your interest and the film has some very effective moments, particularly in the last 20 minutes.

Whilst the film is never jump out of your seat scary, Erba manages to pull off some decent frights. The teenage couple being attacked by a menacing figure is witnessed via a camera strapped to their dog, while the final act is reminiscent of ‘The Blair Witch Project’. There’s plenty of suspense throughout the 93 minute run time and Erba knows how to create a tense atmosphere that keeps you glued to the screen.

‘As In Heaven, So On Earth’ should be applauded for its sheer ambition. I haven’t seen a film like it before and Erba is clearly a director with plenty of ideas. The storyline could have used a little finessing and less jumping around the timelines would have been appreciated. Still, the film is entertaining enough and I’m fairly sure I’ll revisit it again in the near future to see if a second viewing makes things a bit clearer.