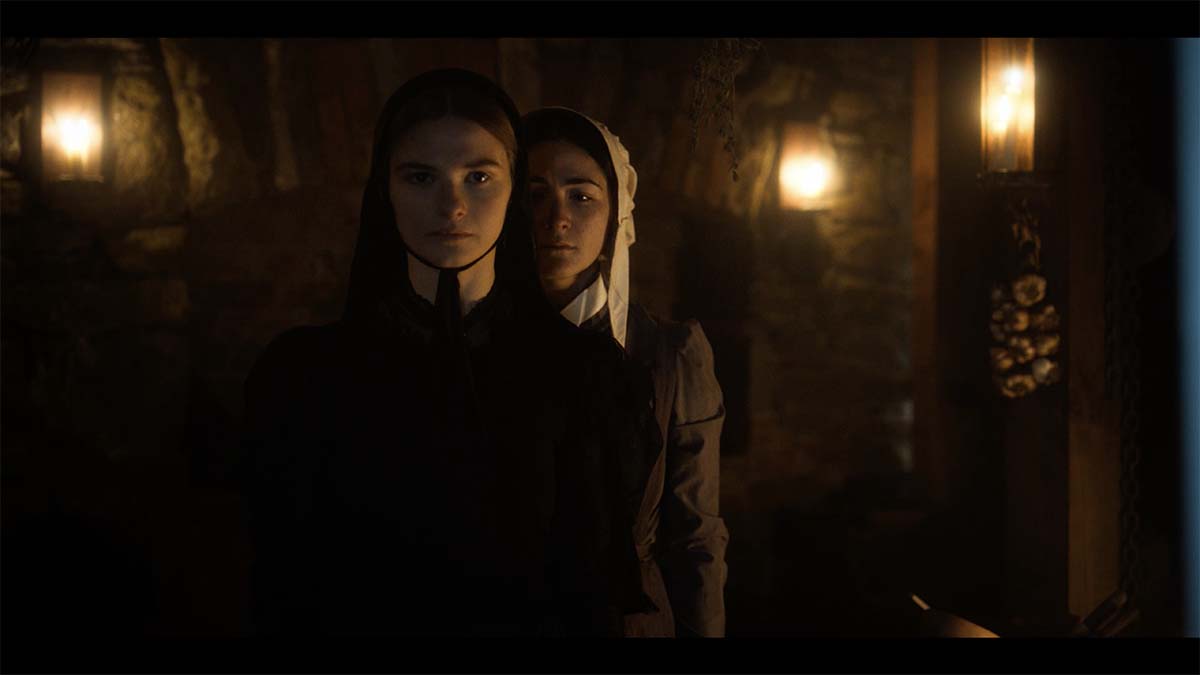 During winter 1843, a young woman named Mary (Stefanie Scott) is under investigation following the death of her grandmother. As she’s questioned about the incident, the events leading up to, and beyond, the incident are brought to light along with Mary’s forbidden relationship with the family maid Eleanor (Isabelle Fuhrman).

‘The Last Thing Mary Saw’ is a period thriller from writer/director Edoardo Vitaletti, set in rural New York. An exploration of the attitudes at the time, particularly towards same sex relationships, the film has a slowly unfolding story that starts at the end and works its way back to the events that took place before that time. Mary, despite being punished by her family several times and ‘corrected’, continues her illicit relationship with Eleanor despite knowing the trouble it can get them both into.

With a curious younger brother Matthew (Elijah Rayman) witnessing far too much, Mary is under the constant watch of her family including her hard-headed grandmother (Judith Roberts), who presides over everyone with an air of menace. The story doesn’t particularly offer anything new, covering ground that has been covered countless times before and moving at such a slow pace, it’s hard to invest in it. We know from the beginning that Mary is blinded by something or someone, and that’s really the only element of mystery to the story.

At the midway point an intruder (Rory Culkin) arrives at the family home, causing havoc and bringing a side of nastiness into the house, but the character isn’t really established with any motive or purpose other than to shake things up. It’s a shame because Culkin is very good in the role, it’s just that there’s not a whole lot of reason for him to show up.

The cast as a whole is very good. Stefanie Scott proves a good lead as the titular Mary while Isabelle Fuhrman gives plenty of nuance to Eleanor, a character that doesn’t get to do a great deal other than follow Mary around. Judith Roberts is suitably commanding as the family matriarch, and at times she’s definitely the scariest thing about the film.

‘The Last Thing Mary Saw’ is an incredibly slow burn of a film full of characters that aren’t very pleasant. It’s the time old tale of religion versus sexuality, and for me it didn’t really have anything new to say. The film felt more drawn out than it needed to be and there was a lack of stakes. For the most part the plot goes exactly where you’d expect it to and when the inevitable final scene happened, I felt surprisingly unaffected. The film is very well made but the story just isn’t strong enough to capture the audience.