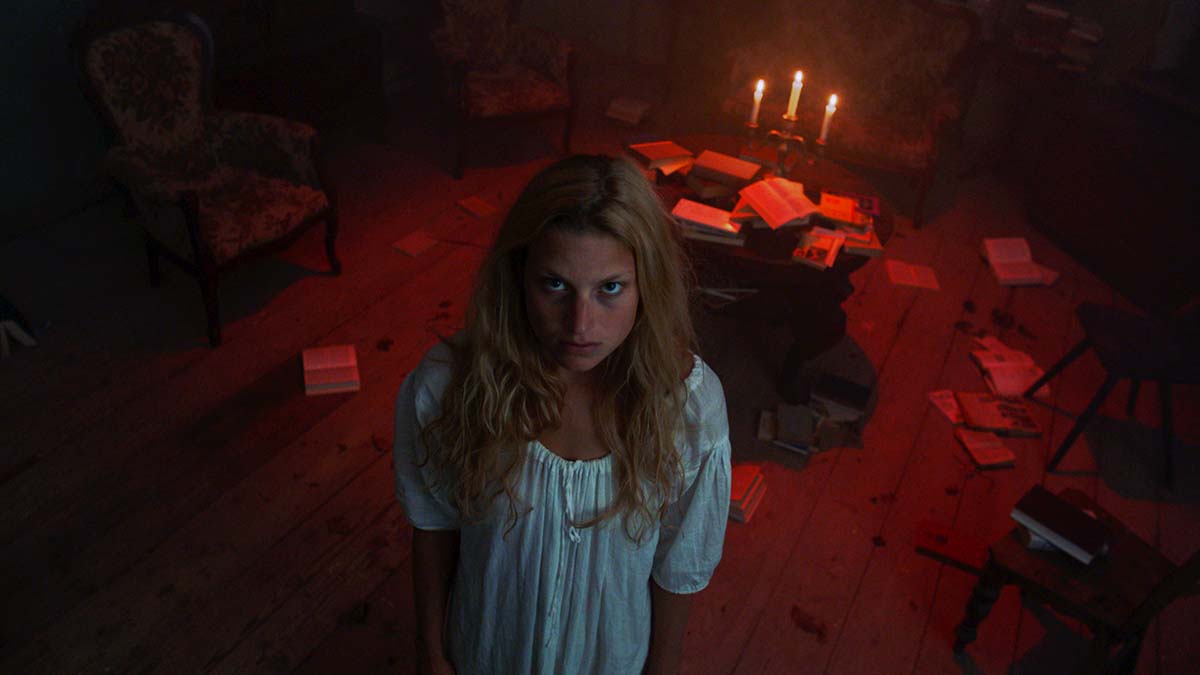 Margot (Luisa Taraz) and her husband Dieter (Frederik von Lüttichau) inherit an old castle and they visit it to decide whether or not they should keep it. After arriving at the castle, the strain on the couple’s relationship becomes apparent and the more they explore, the wider the gap between them becomes. As Margot is seduced by the castle, Dieter becomes increasingly frustrated with his wife leading to a violent confrontation.

I’ve reviewed a lot of films in my time but this is one of the hardest, purely because saying too much about it will hugely spoil it. I’m going to do my best to skirt around what happens without giving any major spoilers. What I can say is that the film you think you’re watching is not at all what’s actually unfolding. Around the mid-point, there’s a bit switcheroo that completely transforms the story being told and forces you to see everything in a completely new perspective. It’s very clever and unexpected, and that’s definitely part of the charm of the film.

Director KevinKopacka admitted after the film that the trip you see the cast go on isn’t unlike the trip the actual cast and crew went through while making it. It must be said that his cast go all in. Jeff Wilbusch as Gregor is a particular standout and I thought the performance of Luisa Taraz as Margot was very strong too. Honestly, there was no weak link in the cast so all involved should be applauded.

‘Dawn Breaks Behind The Eyes’ is incredibly ambitious and for the most part it succeeds. For me, it doesn’t come together quite as well as I hoped and it certainly left me with plenty more questions than answers. That being said, I left the film thinking about it a lot and I’m already interested in seeing it again as I believe another viewing will be a completely different experience.