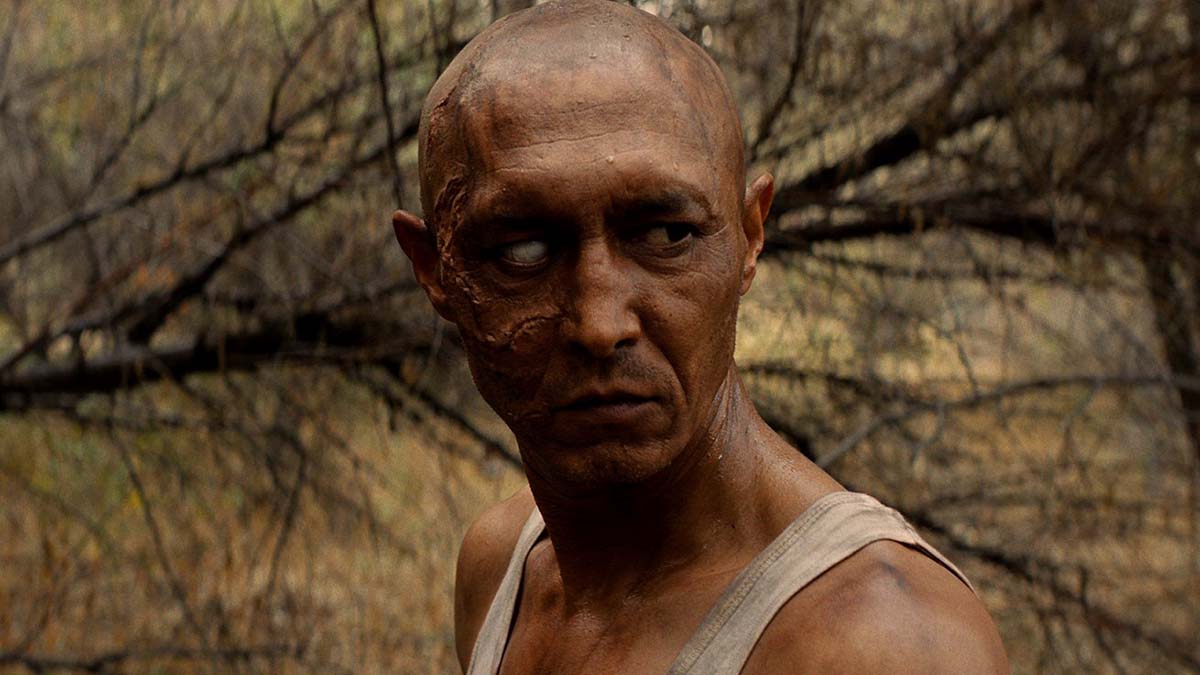 Dastan (Daniar Alshinov) decides to go on an impromptu fishing trip with two of his friends to escape his nagging pregnant wife Zhanna (Asel Kaliyeva). During their trip, the three men accidentally witness a murder and are chased by a gang of brothers hell-bent on silencing them. To make matters even worse, a one-eyed vigilante is out for revenge after his dog is murdered. As the two groups of men get caught up with the vigilante, all hell breaks loose and not everyone will make it out alive.

The first submission from Kazakhstan, ‘Sweetie, You Won’t Believe It’ is an absolute rollercoaster of slapstick comedy and violence. It’s certainly one of the most, if not THE most, bonkers film at Arrow Video FrightFest this year and it’s an absolute hoot to watch. A classic case of the lead characters being in the wrong place at the wrong time, Dastan and his friends find themselves wrapped up in not one but two revenge missions, neither of which they have anything to do with.

There’s plenty of laughs to be had during the caper, with Dastan and his friends making the situation worse every time they try to make their escape. The band of brothers, led by Peetok (Rustem Zhaniyamanov) is convinced that it’s Dastan and co that are offing them one-by-one, while the one-eyed vigilante will kill anyone that gets in his way as he avenges the murder of his beloved dog. There are some fantastic death scenes in the film and director Yernar Nurgaliyev certainly doesn’t run out of ideas, piling more bonkers scenarios on the already bonkers plot.

The pace of the film is very fast and there isn’t a dull moment to be had. Dastan and his friends fall from one bad scenario straight into another, and you start to wonder if they’re ever going to make it out. From a crazed pimple-faced bride through to a constantly fainting thug, there really is a lot crammed into the film’s 84 minutes. That means that it breezes by and you’ll find yourself laughing as much as you’re looking through your fingers at the various gory set-pieces.

‘Sweetie, You Won’t Believe It’ is an unexpected delight and it’s very, very funny. Having never seen anything from Kazakhstan before, I was really surprised and this film is one of the highlights of this year’s festival. It has everything you want in one film – action, humour, a great cast and gory death scenes. I recommend you take a chance on this one as I think you’ll definitely be surprised.