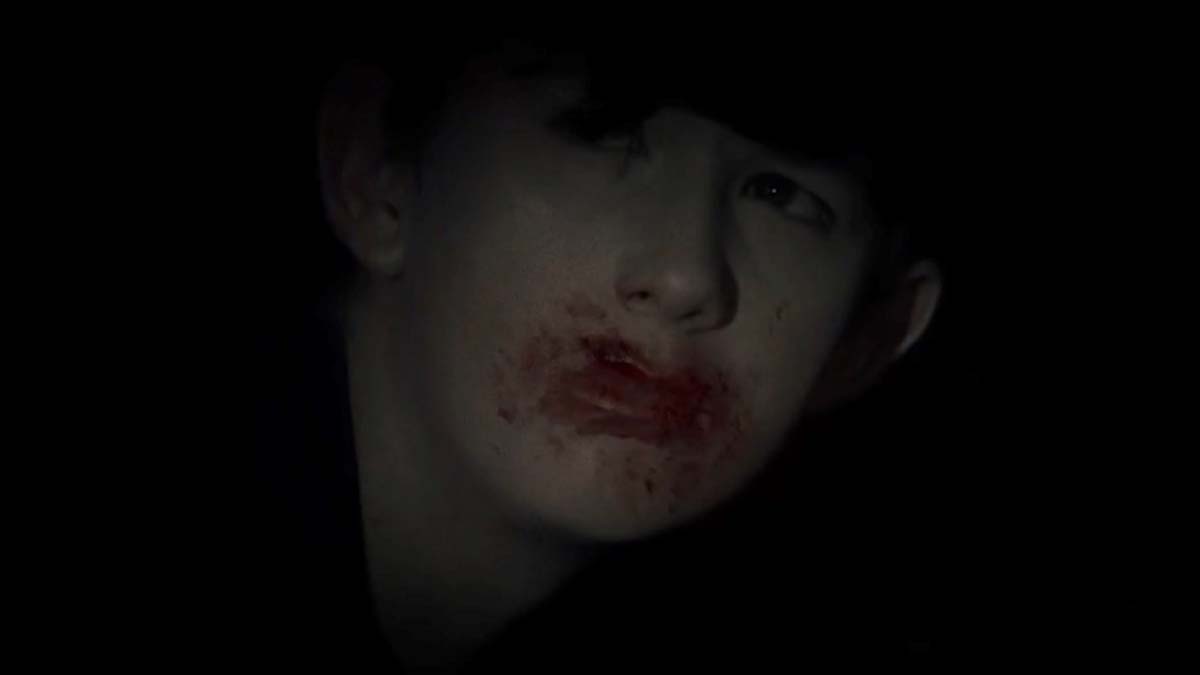 Social worker Marjorie (Laura Montgomery Bennett) is reeling from the death of one of the children she’d been assigned to. Blaming herself for the young boy’s suicide, Marjorie puts her issues to the back of her mind when her boss asks her to take on the case of Nathan (Lennon Leckey), a young boy who was found eating a dog on the streets of Manchester. Quiet and withdrawn, Nathan isn’t keen to give much away but as Marjorie persists, she realises that Nathan’s hiding a very big secret and she sees his case as a way to put right past mistakes.

‘Boy #5’ is the feature debut from Eric Ian Steele, who wrote Netflix thriller ‘The Student’ and sci-fi feature ‘Clone Hunters’. Part of Arrow Video FrightFest’s ‘First Blood’ strand, the film received its World Premiere during this year’s August Bank Holiday event. Filmed on a budget of under £10,000 and feature two first-time actors in the lead roles, ‘Boy #5’ is an ambitious take on the vampire sub-genre and it shows fantastic promise for Steele and his two leads Laura Montgomery Bennett and Lennon Leckey.

Closer to ‘Let The Right One In’ than ‘Twilight’, ‘Boy #5’ is essentially a human drama about Marjorie, the social worker who takes on Nathan’s case. She’s haunted by the mistakes she believed she made that led up to another child’s death so she sees Nathan as an opportunity to right those wrongs, and achieve a successful outcome. At first she believes Nathan may just be feral due to the amount of time he’s spent living on the streets but as she grows her bond with him, she realises she’s dealing with a vampire rather than a human child.

The story up to this point is really strong. Montgomery Bennett puts in a fine performance as Marjorie (it’s hard to believe this is her first feature film role) and she really brings the character to life in a way that makes the audience relate to her. Her portrayal is sensitive and caring, and her scenes opposite Leckey are superb. You really believe the dynamic they foster and their relationship is what the entire film hangs on. Leckey is also a real discovery for Steele, playing Nathan with remarkable restraint enabling the character to make a big impact.

For me, the film falters a little at the halfway point as Marjorie’s need to achieve a successful outcome, makes her become a willing accomplice to Nathan’s need for human blood. It’s a sharp shift and I couldn’t help but feel that Marjorie just wouldn’t cross that line. Had there been more signs in the writing that Marjorie had that capability, it may have been easier to swallow but I’m just not sure I completely bought it. That having been said, Marjorie’s decision changes the film hugely and the second half is more tense and shocking as a result.

‘Boy #5’ is an achievement nonetheless for writer/director Steele. What he’s achieved on a tiny budget is remarkable and the film looks fantastic. Add to that two strong central performances and strong direction from Steele, and you have plenty of promising new talent in the horror genre. I found the film very enjoyable, despite my quibble about the midpoint change, and I’ll certainly be keeping an eye out for Steele’s future work.