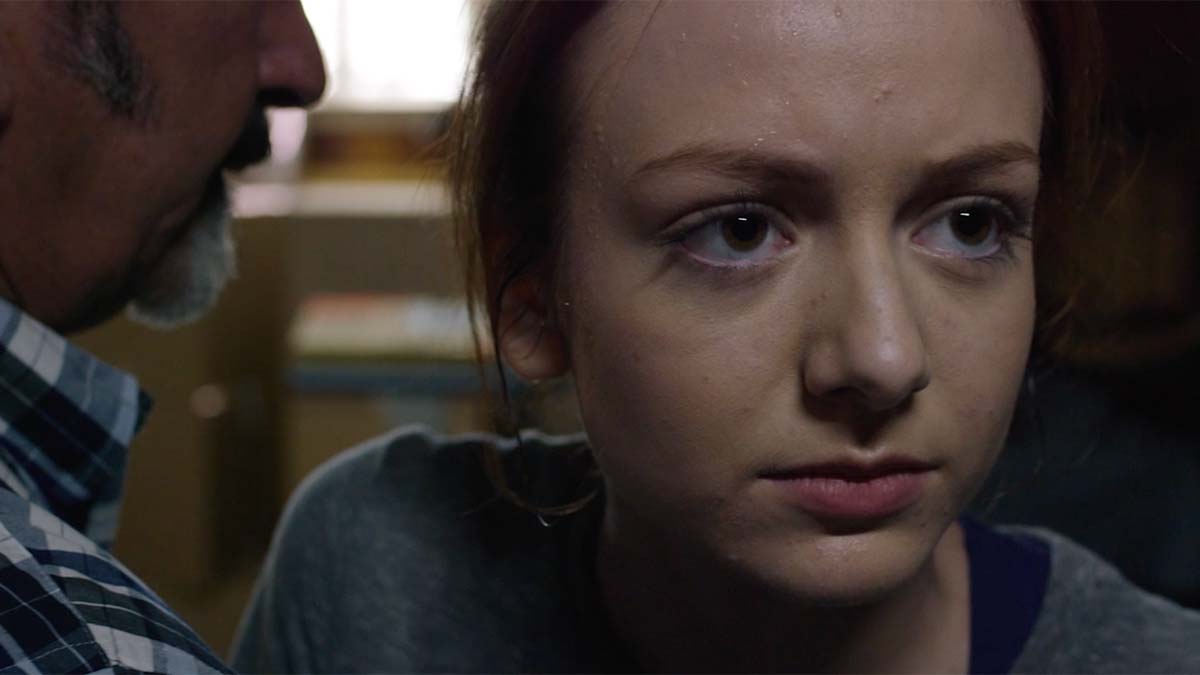 Lily (Tori Kostic) runs away from her abusive stepfather to start a new life with her boyfriend Neil (Jairus Carey). When the two get separated, Lily happens upon a house in the middle of nowhere and knocks on the door to ask for help. Evan (William Kircher), the man who lives there, welcomes Lily in but as his behaviour quickly grows stranger, Lily tries to escape but Evan overpowers her and traps her in his basement. Lily soon realises that Evan believes she is his missing daughter Katherine, and in order to survive her ordeal she has to become the daughter Evan lost.

‘Captive’ is the feature debut of Cyprian film-maker Savvas Christou and it’s a psychological thriller with a slow build. In the opening moments, it’s established that Lily was physically abused by her stepfather and that little nugget of information explains why she behaves the way she does once she meets Evan. Like her stepfather, Evan has an unpredictable temper so the minute he raises his voice, Lily cowers and becomes amenable to his demands. Initially she tries to fight back against Evan but soon she realises that if she goes along with his fantasy that she’s Katherine, she’ll get more leniency in the house.

As Lily continues to play along with Evan, she keeps one eye on her plan to escape but the film leaves you guessing as to how much Lily is actually acting and how much she’s suffering from Stockholm Syndrome. It’s that question that hooks you in and depending on which side you come down on, you’ll either find the climax incredibly satisfying or unrealistic. Honestly, I’m not sure how I felt. The ending certainly caught me off guard but I’m not completely sure that I bought it.

What I did buy however was the performances. Tori Kostic is gutsy and bold as Lily, convincing as a young girl who has experienced plenty of pain and has fear bred into her. She’s matched by William Kircher who is unnerving as Evan but never plays him as a straight down the line psychopath. The two actors form a strong chemistry and their connection feels much more human than it ought to given the situation.

‘Captive’ is an interesting idea and I’ve seen similar films in the past, but credit to Christou for attempting to do something different. The film will hook you in and it’s very much a two-hander that hangs on the performances of the leads. While it may not be a perfect film, and it might leave you asking more questions than you start the film with, it is a solid thriller that should hold your attention.