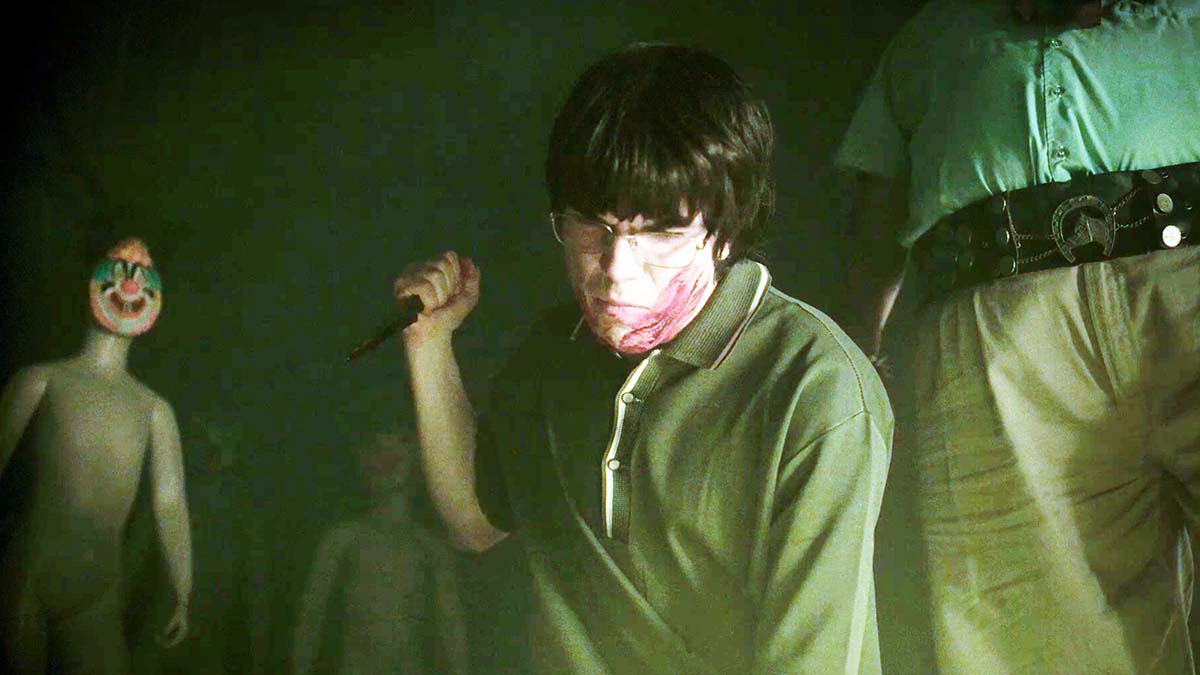 Maxi (Demián Salomón) is pulled back to the town that he left behind 25 years earlier when the head of the foster home he grew up in unexpectedly dies. Unsure about how he feels about his ‘father’, Maxi reluctantly returns and is reunited with his foster brothers, led by Héctor (Héctor Alba). As he processes the complicated feelings he has about his loss, Maxi is horrified to discover that his ‘father’ hasn’t been buried and is being kept in the home where he died.

‘The Unburied’ is a folk horror from Argentinian director Alejandro Cohen Arazi. Building slowly but with a tense atmosphere, ‘The Unburied’ slowly reveals it hand as we get glimpses of Maxi’s past and begin to understand why he’s so troubled in the present. Unlike his ‘brothers’ Maxi didn’t idolise his ‘father’, instead laying blame for his many troubles at his door. What Maxi expects to be a brief return home to collect inheritance, turns into something altogether darker and more sinister, that threatens to pull him back into a world he was very keen to leave behind.

One of the elements of ‘The Unburied’ I didn’t like was the gratuitous violence towards animals. Early on Maxi is taken to the family slaughterhouse and you’re forced to watch real live cows being slaughtered on screen. There really was no need for that to be included in the film and it didn’t help move the story along. Instead it just left me queasy and reaching for the stop button, leaving a sick feeling in the pit of my stomach.

The film also struggles to tell a cohesive story. We see Maxi’s past but his actions at the behest of his ‘father’ are never really explained. It’s made clear that there is a rivalry between Maxi and Héctor but that relationship is never explored beyond surface level. We don’t understand what has transpired between the ‘brothers’ nor do we get any insight into why they feel so bound to their ‘father’.

Demián Salomón gives a standout performance as Maxi. I remember being impressed by him in previous FrightFest hit ‘Terrified’ and he’s very good here too. Salomón’s performance is intense but captivating, and he keeps your interest even when his character, Maxi, isn’t easy to sympathise with. The rest of the cast is fairly solid too, with everyone dialling up the creepy and delivering suitably intense performances.

‘The Unburied’ has potential but the story needed better fleshing out. By the end, I wasn’t entirely sure what was going on or why the characters were doing the things they were doing. Arazi has a stylish flair to his directing and he gets strong performances from his cast, but the muddled narrative and gratuitous violence against animals were complete turn-offs for me.