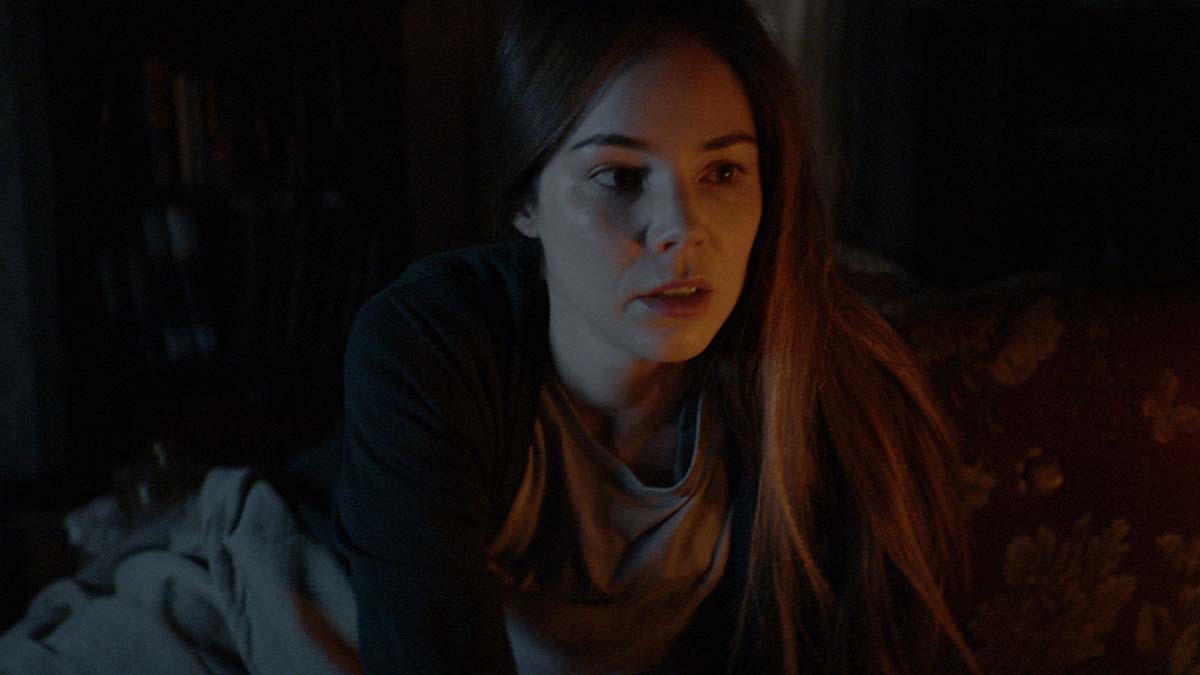 Following the death of her mother, Carmen (Camila Sodi) discovers that she has been left her grandmother’s old house. Already grieving over a miscarriage, Carmen convinces her husband Julian (Juan Pablo Castañeda) to travel to her grandmother’s house with her so they can check it out and spend some time away. The couple and their dog make their way to the house and when Julian is called away for work, Carmen decides to clear out the old house and makes a shocking discovery about her grandmother.

‘The Exorcism of Carmen Farias’ isn’t the film I thought it was going to be and I mean that in a positive way. There have been so many exorcism films throughout the years that I wondered what there could be left to say. Rather than being a straightforward demonic possession story culminating in an exorcism, ‘The Exorcism of Carmen Farias’ tells the story of a young woman who is grieving both the loss of her mother and her child. She is also forced to come to terms with the fact that the grandmother she adored wasn’t who she thought she was.

Carmen happens upon an old box of VHS tapes when she’s cleaning out the house. At first the tapes are innocent enough, showing footage from various birthdays and family occasions. Then Carmen stumbles upon one showing an exorcism, with her grandmother part of the congregation shown in the video along with Father Juan (Juan Carlos Colombo), the local priest. That discovery sends Carmen on a journey to find out what happened in the house and to understand exactly what her grandmother had been involved in.

A slow burn, the film isn’t in a rush to give you everything up front. There’s some nice character work with Carmen, and she’s really rounded out as the film’s lead character. We can understand the grief she’s feeling and you feel for her as Julian pressures her into trying for another baby, especially as Carmen is terrified that history will repeat itself and she’s not sure she can emotionally handle it.

Once Julian leaves for his trip, the film switches gears turning into more of a mystery with horror elements along the way. Director Rodrigo Fiallega brings some really interesting visuals to the film and there are some nice flowing shots that make you feel as if you’re walking through the house. He’s also adept at jump scares, of which there are a few to found here.

Camila Sodi pretty much carries the entire film on her shoulders. She’s in pretty much every single scene and it’s impressive how she can hold your attention when there’s only her on screen. Sodi doesn’t present Carmen as a victim, instead she portrays her as a woman struggling with grief that is still able to find her inner strength when she needs it the most. Juan Carlos Colombo gives a memorable performance too as the aging priest who holds the key to the mystery and is Carmen’s best chance of staying alive.

Is ‘The Exorcism of Carmen Farias’ the most original film you’ll ever see? No it’s not but it’s a well-made film with fine performances and strong direction. I found myself getting lost in Carmen’s story and I like that the film wasn’t just a straight-up exorcism film. It had more layers and adding the family mystery, for me, really elevated it. Keep this one in mind for when you want a well-made horror that isn’t too challenging but is very effective.