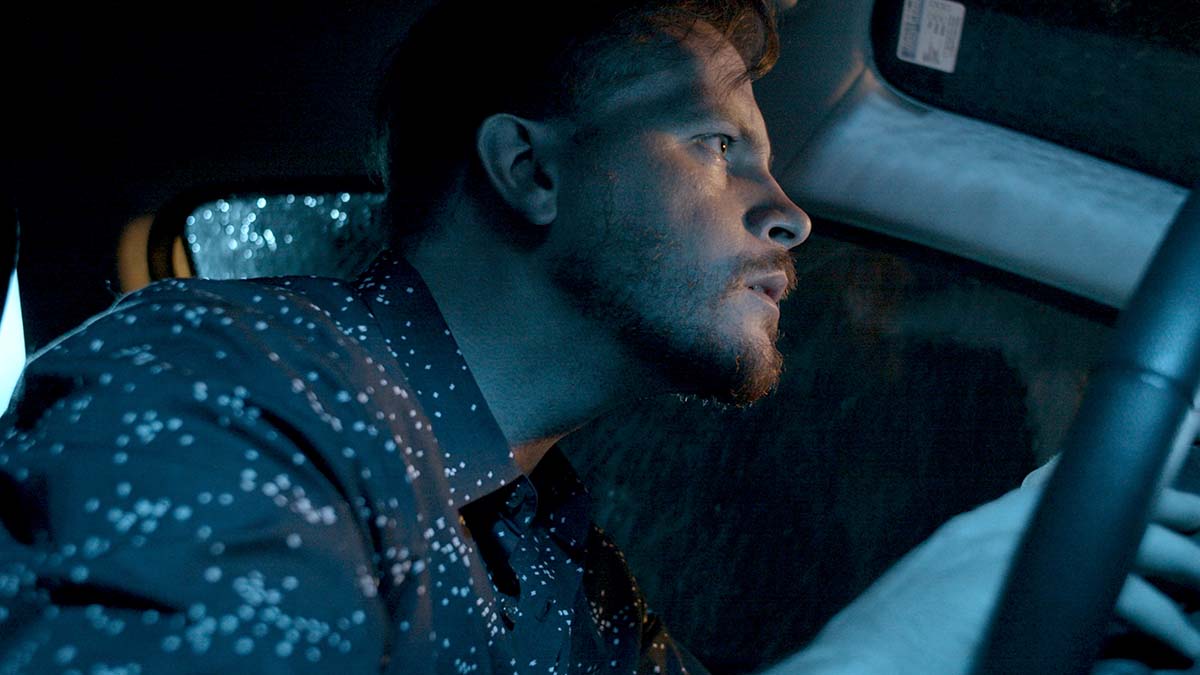 Following our interviews with Glenn Payne and Casey Dillard, we round out our ‘Killer Concept’ series by chatting with Coley Bryant.

The actor is the third and final star of the film, which will be having its European Premiere at Arrow Video FrightFest this month. A smart and clever film, ‘Killer Concept’ once again sees Payne, Dillard and Bryant teaming up to create something unlike anything else in the genre right now.

I spoke with Coley to find out more about his character, discuss the challenges of making a film during COVID and to talk about what kind of horror he loves…

At this month’s Arrow Video FrightFest, ‘Killer Concept’ will be having its European premiere. What can horror fans expect?

I would say viewers can expect something a little different, which I hope is a good thing! ‘Killer Concept’ isn’t your classic horror film. It has elements of horror throughout, but also some comedy to change things up a bit. Looking back I would say the film is kind of meta in a way because a plot point to the film is the question, “What makes a good horror film?”, so we as filmmakers were able to play with that while making the film as well.

In the movie you play Seth. Tell us about your character and where he fits into the story…

Seth…is Seth. He’s a know-it-all. He’s cocky, eccentric and often abrasive. But he is also motivated, focused and willing to do what it takes to get the job done. Seth has mostly directed commercials but sees this as his chance to make a name for himself, which often causes him to clash with his team when disagreements arise.

You’ve worked with Glenn and Casey before and the three of you have really strong chemistry on screen. What’s it like working together?

IT’S THE WORST!… I’m joking. Working with them is something I always look forward too. They are not only insanely talented but two of my best friends. Casey as well as being a fantastic actress, is also a top tier writer so I am always overjoyed when I’m at able to work on anything she’s had a part in. With Glenn, it was awesome to actually get good screen time with him.   While we have worked a lot together, most of the projects I have worked on with him, he has been behind the camera directing me. ‘Killer Concept’ was really our debut on the screen together.

What would you say was your biggest challenge when making this film?

Like most films in the past year, I’d have to say Covid. Filming things as safely as possible with film crew consisting only of our cinematographer James Puckett and sound guy Caleb Hall. Who both make appearances in the film as well! We all shared duties when it comes to changing lighting or getting a dolly shot. It makes things very challenging, but you grow closer together as a team and a film family through it all .

I understand much of the dialogue in the film was improvised. How challenging is that as an actor?

For me personally, it was very challenging. It was something I’ve never really attempted. I am not a trained improvisor by any stretch of the term. When Glenn approached me about the project, I was on the fence about it. The last thing I want to do is come to set and completely beef it and embarrass myself in front of two very talented and experienced improvisers. But I as an actor, always want to challenge myself to try new things and step outside of my comfort zone. While it could be intimidating to be the opposite of Glenn and Casey, they are nothing but supportive and helpful the whole time and I’m very grateful to have had this opportunity.

Ha! Seth and I are opposites in just about every way possible. I’m more of a psychological or Sci-fi horror fan. I have a very weak stomach when it comes to gore.

What’s your go-to horror film and why?

One of my favorites would be ‘1408’. I think it’s a bit underrated. Like I said I’m into the psychological aspects of horror. Seeing someone broke down mentally and emotionally is always more terrifyingly real in my eyes.

What other projects do you have in the works right now?

I just wrapped up production on  a feature length drama called ‘Glitch’ about a tech entrepreneur trying to sell his start up company. I believe it should be released by early 2022!

‘Killer Concept’ will have its European Premiere at Arrow Video FrightFest 2021 on Monday 30th August at 10.50am in Discovery Screen One. For more information and tickets please visit https://www.frightfest.co.uk/holdingfolder2/KillerConcept.html