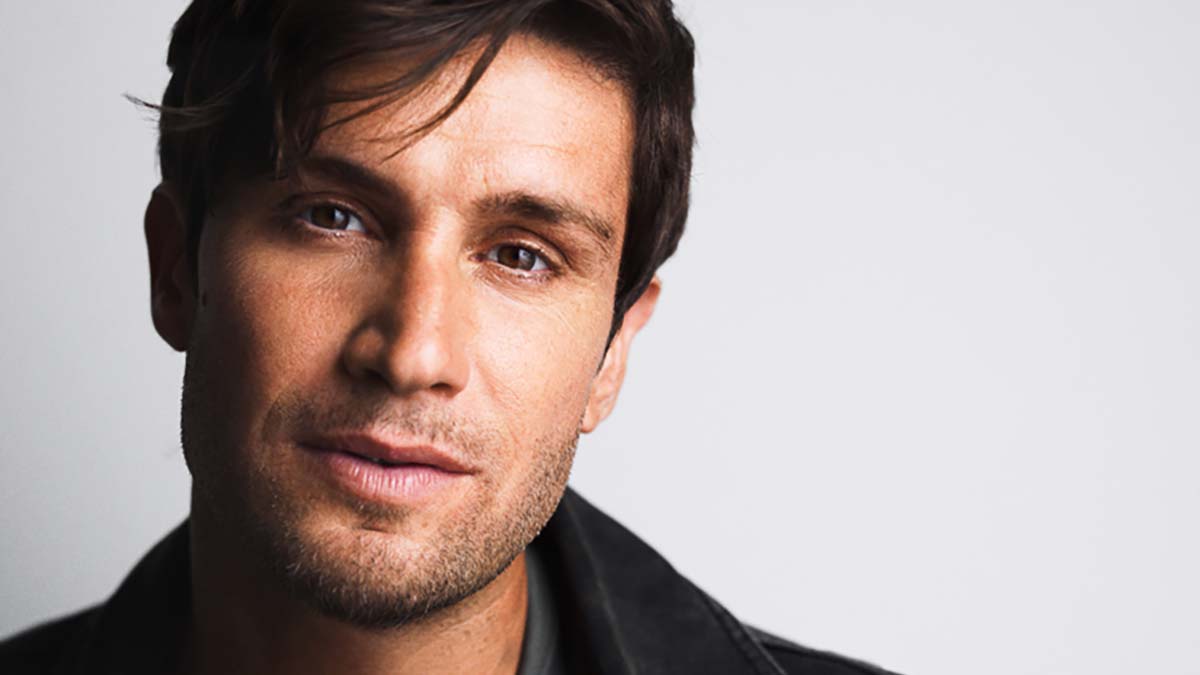 Michael Lombardi is best-known for his role as Mike Silletti on ‘Rescue Me’ but for his latest project he’s stepping into the horror genre with ‘The Retaliators’.

The film will be receiving its World Premiere at Arrow Video FrightFest this month and it’s an homage to the splatter and gore of the 80s horror boom. As well as starring in the film, Lombardi is the Head of Production at Better Noise Films, the company behind ‘The Retaliators’.

I caught up with Michael to talk about the film, discuss the fantastic fight sequences and to find out how he switched off from the dark subject matter after filming…

Your new film ‘The Retaliators’ will have its World Premiere at Arrow Video FrightFest. What’s the film all about?

‘The Retaliators’ is about John Bishop, who is a beloved pastor in a small town. Bishop is a family man that lives a pretty charmed, Capra-esque life until his world is flipped upside down when one of his daughters is brutally murdered. This unlocks a chain of events that leads Bishop into a twisted underworld where he is mysteriously given the opportunity to avenge his daughter. ‘The Retaliators’ is a film that takes the audience on a journey where you face the question: If you lost someone you love to a cold-blooded killer … and someone gave you five minutes alone with them, would you take it? It’s a film that explores the extreme consequences that can come from making that choice. It’s a film that looks at morality, justice and faith … but, very importantly, it’s ultimately a fun and thrilling journey that leans in and winks at classic 80’s horror and action movies.

You play Bishop. What do we need to know about him and what attracted you to the role?

Bishop is a man of very high moral values. a single dad of two daughters, a pastor in a small town who is beloved by his community. What attracted me most about the role is the journey that this character takes. He starts off as one person and becomes a completely different guy by the end of the film. It’s one heck of a ride.

The film is incredibly gory and dark in parts. What was it like to film those scenes?

It was very sticky. I think the fake blood had some kind of syrup in it and would get extremely uncomfortable. Especially around the neck area. Also..some pretty cold shoots. My character is just in a T-shirt by the 3rd act when the gore really hits hard! We were filming nights in NJ and CT in November. The temperature hovered around 19 degrees for several nights. It was also very physically demanding. We had an incredible stunt crew so I was lucky. By the way…it was all an absolute blast!!!!!

There are some fantastic fight sequences in the film. How did you prepare for those and how physically challenging were they?

At the start of the production I was pretty fit and trained hard for those fight sequences, but with Covid and also the work load of being a producer on the film it got tricky to stay in shape. The shoot was extended over a long period of time. We shut down, and had to then do pickups when we could throughout the year. Our stunt coordinator Norm Douglass was tremendous. I had worked with him several times over the course of 100 episodes of my old TV series Rescue Me where I played a New York City Firefighter. When I read The Retaliators and saw what we had to tackle stunt wise. I knew Norm and his team were the right guys for the job.

When you’re making a horror film, how do you manage to switch off once you leave set and go home?

I have to say, shutting off on this one was difficult. Not only mentally character wise, but also physically. At the end of a long 12 or 14 hour day on set. I would still need to deal with producer tasks and then take an hour long shower when I’d get back to my hotel just to get all the blood off before I could go to bed. Also, with this project and filming during a pandemic it took several months to complete. I certainly lived in my character and the world of the film for a very long time.

‘The Retaliators’ features a brilliant soundtrack and many of the artists appear in the film. What was it like to work with them?

Yes!! The soundtrack is awesome!! All the musicians were fantastic! My goal as a producer was to make this a solid film first! Meaning, strong story and great performances to an already great script written by the Geare brothers. Even though we have this silver lining of all these absolutely incredible and successful rock bands. I didn’t want that to be gratuitous. My goal was that if you were not a fan of the band, that you would just think those were great actors playing those parts. I feel we pulled that off. All the rock stars who are extremely successful musicians were excellent on set. They really brought it. They were so committed to their characters and their characters. I spoke with each and everyone of them before they got to set about the story and their roles. I knew they were all strong story tellers on stage with their songs, but I truly have to say, I was extremely impressed with commitment and their work as actors.

What’s your favourite horror movie and why?

On my list of top horror films I can’t not say ‘Friday the 13th’ and ‘Halloween’. They scared the hell out of me! They were so innovative and are so much fun. The use of POV shots in both films were so ahead of their time and still look beautiful to this day. ‘Halloween’ is an absolute master class in suspense. The tension of stalking is used in practically every shot of the film. ‘Jaws’ is also a film that had an enormous impact on me as a kid. It really is a perfect film. In a class all its own.

I’m working alongside Allen Kovac. He produced ‘The Retaliators’ under Better Noise Films, the film division of his record label Better Noise Music. We are developing some other film/TV projects together. Stay tuned!”

‘The Retaliators’ will have its World Premiere at 10.45am and 11.10am on the Main Screen on Monday 30th August 2021 at Arrow Video FrightFest. For more information and tickets, please visit https://www.frightfest.co.uk/holdingfolder/TheRetaliators.html.