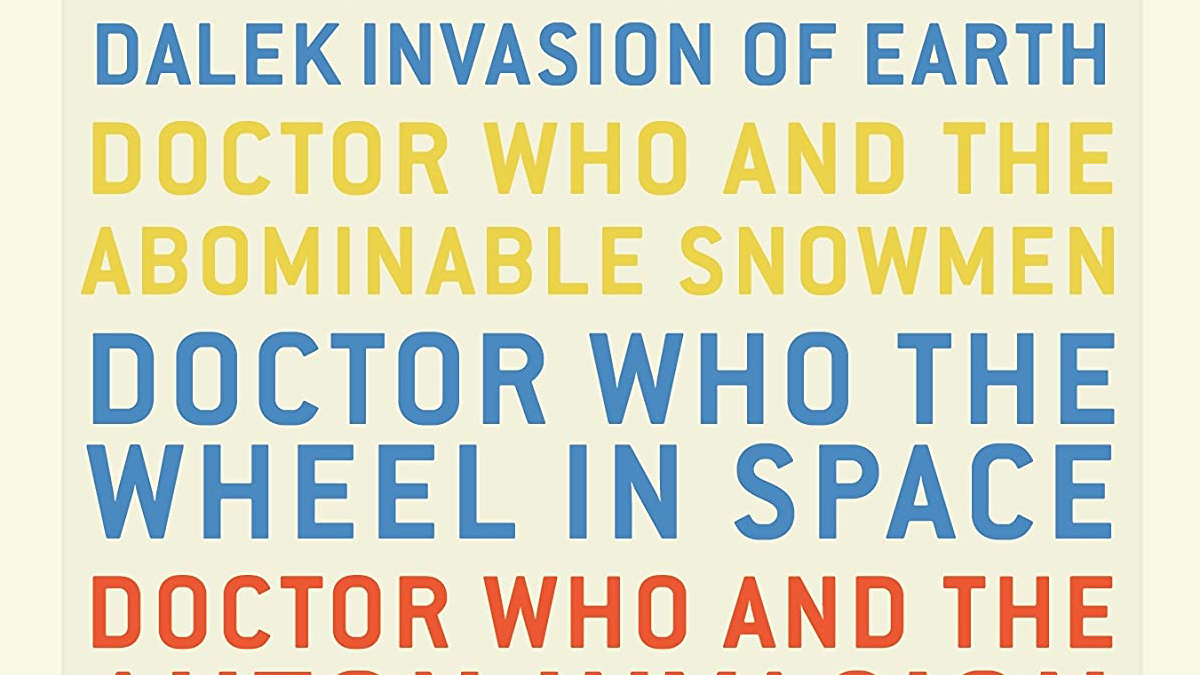 This hardback collection of five classic ‘Doctor Who’ novelisations by Terrance Dicks is a nostalgia treat for anyone who grew up devouring his books, as well as for newcomers who have discovered them more recently. It is fitting that BBC Books is honouring Terrance Dicks with collected reprints of some of his best-loved ‘Doctor Who’ titles. Dicks’ death in 2019 was mourned by many of our current leading writers and screenwriters who credit Dicks with turning them on to reading. All great writers are great readers.

Most readers will identify with Frank Cottrell-Boyce’s comments in the introduction to ‘The Essential Terrance Dicks Volume 1′. We all have our stories about how Dicks’ novels shaped our childhoods and helped us to not merely enjoy but to relish reading. As a shy child, who rarely had his nose out of a book, the Target paperbacks were a route into an exciting adventure in space and time. Back then, before the old stories were available on video, they were the only way to discover more about ‘Doctor Who”s rich legacy. The books contained in this release went everywhere with me: I read them on the school bus every morning and evening, they accompanied me to the beach on foreign holidays, and I even used to smuggle them into church to secretly read wrapped inside a hymn book. Until I became a teenager, I was rarely spotted without a slim ‘Doctor Who’ paperback about my person, and almost all of them seemed to be written by a mysterious man called Terrance Dicks. I knew nothing about him and loved him.

Four out of the five of them are strong examples of Dicks’ work. If I’m being fussy, ‘The Wheel in Space’, which was one of his final contributions to the range, is a thin and by-numbers translation of the scripts into prose. Why is it included here? Possibly because a limited run at the time of publication made it a rare item, and many fans had an incomplete book collection as a consequence. It’s satisfying to see it gifted a much larger release, though in the final analysis, ‘The Wheel In Space’ doesn’t contrast favourably against ‘Auton Invasion’. The Third Doctor’s first outing was Dicks’ first contribution to the range, and returning to it now, it’s abundantly clear that he clearly threw his heart and soul into, finding ways to make it a satisfying reading experience whilst staying truthful to the source material. He even adds a scene from ‘The War Games’ to explain why the Doctor regenerates, which is a helpful pre-amble for casual readers.

Dicks famously used some trademark stock descriptors that peppered his work, such as the “wheezing, groaning sound” that signalled the materialisation of the TARDIS. Say “wheezing, groaning sound” to a ‘Doctor Who’ fan and they’ll likely break out into a big grin. It’s like a Masonic handshake – a code used to signify you are among the initiated. I don’t think of Dicks’ repeated phrases as repetitive or lazy writing, but rather as a literary device similar to the epithets used in the Homeric epic poems (where dawn is always “rosy-fingered” and Achilles is “swift-footed”).

As a child I would have looked out for the descriptors of the Doctors, to see which one lead the story (more of a challenge for those titles where the Doctor didn’t appear on the cover illustrations). In this collection we find “flowing white hair and an imperious face”, “a… middle-sized man with a gentle, rather comical face, and a shock of untidy black hair”, “a rather shabby little figure in frock coat and baggy check trousers” and “a tall, thin man, with a deeply lined face and untidy white hair.” Can you tell which Doctor is which? There is a great joy in finding these and other unmistakable stylistic touches on the pages. Every time the eyes take them in, they can’t help but catapult you back decades and fill you with the warm glow of childhood nostalgia, when everything was exciting and Terrance Dicks was by far your favourite author.

Revisiting these five adventures as an adult was a true pleasure. There was no sense of being disappointed looking at something that was special whilst young through jaded older eyes. The simple reason that they stand up to the test of time is that they are all intriguing and exciting stories, and Dicks was a wonderfully gifted writer who knew exactly how to bring them to life. There is an economy to Dicks’ writing that is easy to underrate. You’ll find no trace of fat in Dicks’ novels. Each word earns its place and serves its purpose. Only occasionally, mostly here in ‘The Wheel in Space’ does the text ever feel functional. These aren’t just children’s books, but the work of a very talented and dedicated writer. Anyone wanting to study writing and try it for themselves could learn a lot about the mechanics and practice of storytelling from absorbing the novelisations of Terrance Dicks. For telling cracking adventure stories with pace and wit, few writers can touch Terrance Dicks. Little wonder that it ended up being his name that became synonymous with the range of Target novelisations.

This compendium edition of five classic Terrance Dicks novels has been produced to a high standard in dustcover-bound hardback and on quality paper. There are some beautiful details, such as the Target logo from the original, long-since dissolved publishing house, appearing on the cover and spine. As some of the original books were cheaply produced, this quality collection is a fitting tribute to a fine writer and a legend among ‘Doctor Who’ aficionados.

In this article:BBC Books, Doctor Who, Science-Fiction, Terrance Dicks