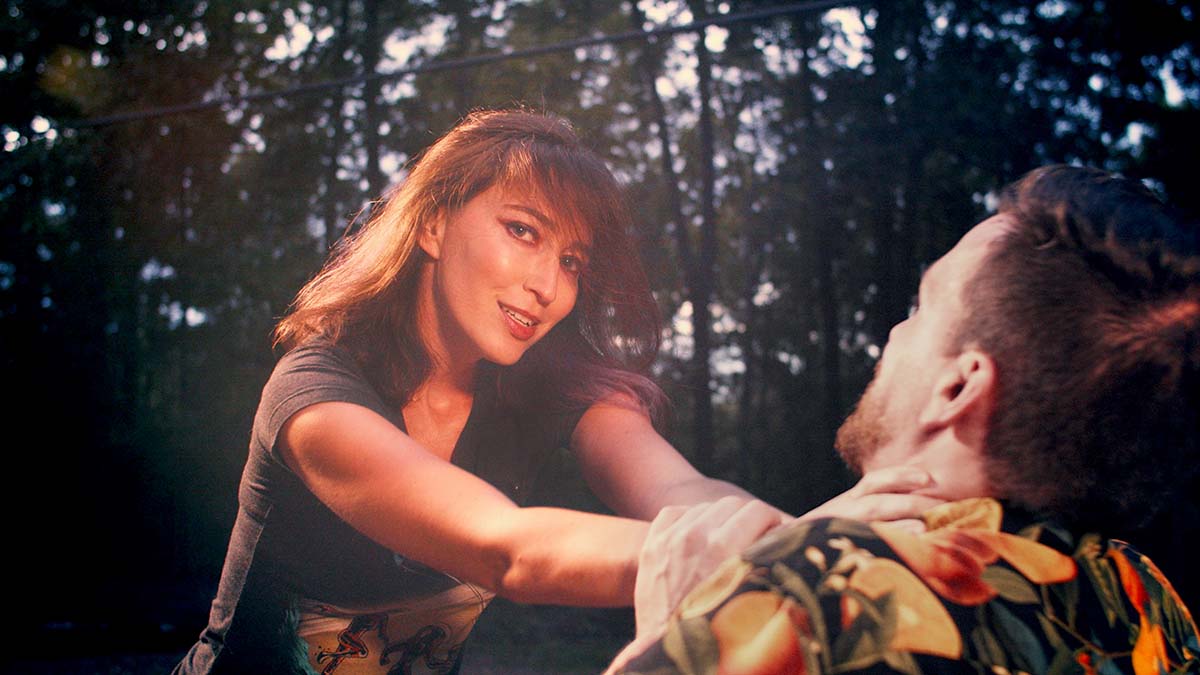 Casey Dillard won us all over with ‘Driven‘ at Arrow Video FrightFest in 2019, a film she wrote and starred in.

Her newest film, ‘Killer Concept’, is having its European Premiere at Arrow Video FrightFest this month and it’s another collaboration with film-maker Glenn Payne (read our interview with Glenn). Already picking up acclaim on the festival circuit, the film is sure to be a highlight of FrightFest.

I spoke with Casey recently to find out what inspired ‘Killer Concept’, discuss working with frequent collaborator Glenn Payne, and to talk about what she’s got coming up next…

‘Killer Concept’ will be having its European Premiere at Arrow Video FrightFest this month. What’s the film about?

An exploration in self-centered characters. A group of people trying to write a movie about a killer that they are all very close to

It’s such a clever film, exploring the horror genre and putting a fresh twist on it. What inspired the story?

Thank you very much! Honestly, I don’t know that I can take credit for the whole story because it was so cobbled together among by Coley and Glenn, too, but the concept is mine (which makes the title kind of an ego-stroke. Whoops). We talked about a lot of ideas that we could make during our half-hearted shutdown and this one made the most logistic sense. I think it was originally housemates in lockdown and one of them was a serial killer, but we decided to drop the quarantine element because I imagine people are sick of thinking of it.

The film is another collaboration with Glenn Payne. You two have such an easy chemistry, what was it like to work together again?

Glenn is my best friend and one of the most honest and dedicated people I’ve ever met. I’m in an odd spot with entertainment and where it’s going to figure into my life right now, but if Glenn (or anyone who worked on this one now) wants me to work with them I’m in. He’s a great scene partner.

You play Holly in the film. What do we need to know about her?

Holly is kind of abrasive, a lot observant but with massive blind spots. I get the feeling she’s had to push against being talked over a lot.

What is the one thing you’d like people to take away from ‘Killer Concept’?

That if you find the right people you can make a movie. ‘Killer Concept’ was made with spare change and an outline. Love it or hate it, it’s a movie and you can make one, too.

‘Driven’ was such a hit on the festival circuit, and certainly at Arrow Video FrightFest in 2019. Does that put pressure on you or does it give you more confidence as a writer?

Which horror film would you say has had the biggest impact on you and why?

Oooh. Influence vs favorite. I guess I’d say ‘Scream’ (first one). It was reasonably comedic but still suspenseful, the characters were distinctive and the exposition dialog was surprisingly graceful.

What are you working on next?

A family dramedy about a fireworks stand, a story about a girl being haunted by her favorite boy band and some script doctoring gigs.

‘Killer Concept’ will have its European Premiere at Arrow Video FrightFest 2021 on Monday 30th August at 10.50am in Discovery Screen One. For more information and tickets please visit https://www.frightfest.co.uk/holdingfolder2/KillerConcept.html