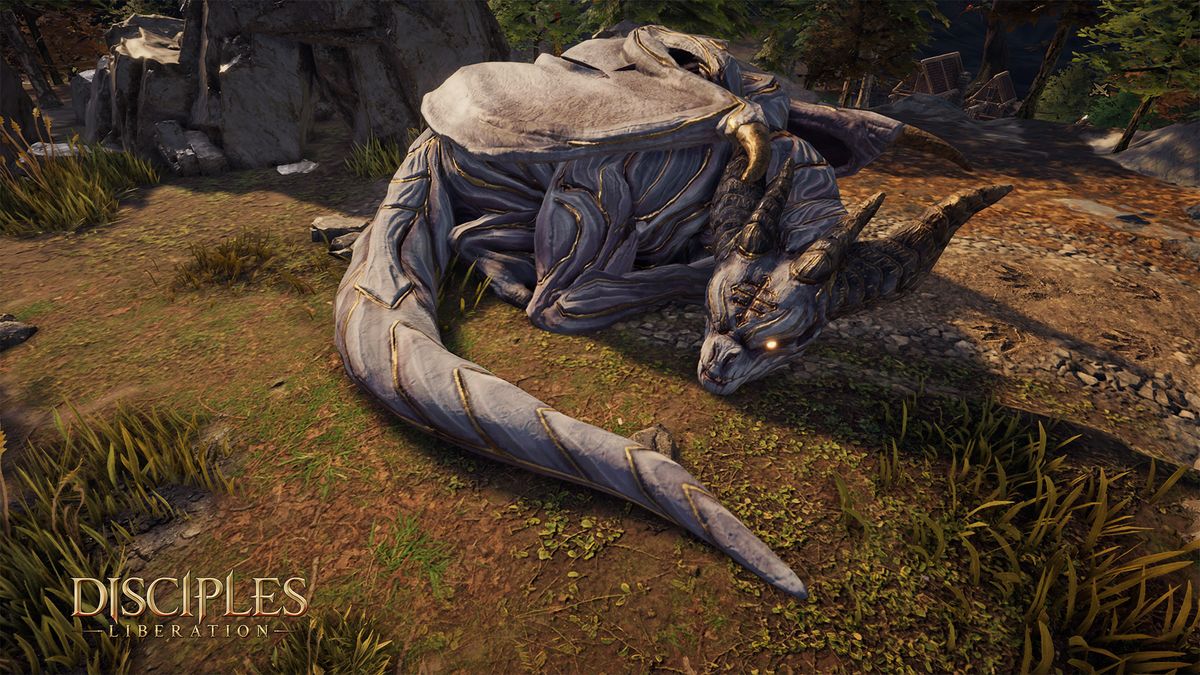 I’ve been lucky enough to get some hands-on time with the closed beta version of the upcoming Disciples: Liberation from Frima Studios and Kalypso Media. Whilst there is nothing new with all of the different mechanics in the game, the way they are all pulled together leads to some very interesting options to explore within the game.

You play the role of Avyana as you attempt to liberate the world of Nevendaar and build your own civilisation in the lost city of Yllian. This lost city serves as your central hub for the game and also includes buildings where you can recruit and upgrade troops, learn spells, gather resources and buy new items.

The twist here is that you cant build or recruit until you have a certain standing with the game’s four main factions. Once you’ve managed to achieve a decent standing (which doesn’t take long to get to the starting level) you can then construct buildings that give you access to that factions troops. These buildings can then be upgraded as your standing increases. Likewise, if you decide you don’t want to side with a faction anymore you can tear down their buildings and start afresh with a new faction.

The bulk of the game is spent out in the world as you complete quests, explore dungeons and engage in combat and boy is there a lot of combat! Anyone who’s played a turn-based RPG before will feel comfortable with how things work. There are action points to manage, flanking is crucial and your initial party set-up can have a massive impact on the outcome of your battles.

For a more detailed breakdown of how combat works check out our video below:

Graphically, each area I’ve explored so far feels distinct from the others and has its own unique character. It’s actually a lot nicer to look at than I was expecting and despite being in the beta stages it has run incredibly smoothly with few bugs and zero crashes.

All of the main characters and NPCs are voice acted. The acting is a bit hammy but does the job well enough and serves to give the characters you come across more depth. When you interact with these characters you get various options for how to respond the developers assure us that these will have an impact on how the game will play out. I’m yet to see any real impact from these choices but I am only ten hours into what should be an eighty-hour game so there’s plenty of time for this to change.

Overall I’ve really enjoyed my time with Disciples: Liberation and I’m looking forward to seeing how the game continues to grow as it closes in on its release.