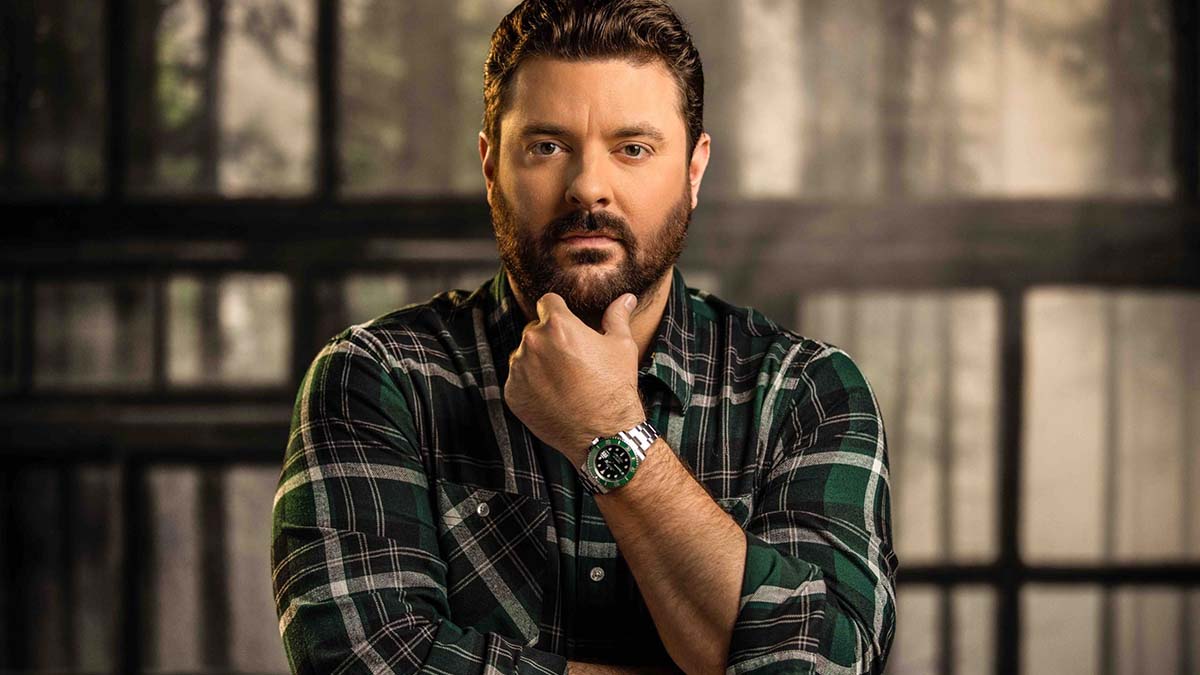 Chris Young is undoubtedly one of the most popular stars in Country music.

With an incredible 12 number ones under his belt, the singer-songwriter has been a firm fixture of the charts for the past 15 years and has toured the world with his music. This Friday, Young releases his new album ‘Famous Friends’ (read our review), which features collaborations with Mitchell Tenpenny, Lauren Alaina and Kane Brown.

I caught up with Chris recently to talk about the making of the album, discuss his latest number one, and to find out what it was like to collaborate with Mitchell Tenpenny…

It’s been a couple of years since we last spoke and back at that time ‘Raised On Country’ had just come out. We talked about this new album of yours, which is finally coming out this week…

I was discussing this multiple times throughout today doing interviews about the record and people were like, ‘I think I remember talking to you in 2019 about a new album’. What’s funny is it wouldn’t be the same record if I’d put it out then because songs like ‘At The End Of A Bar’ with Mitchell Tenpenny got written at the beginning of this year, so that wouldn’t have existed.

That’s one of my favourite tracks on the record. How did it come about?

Thank you. It almost didn’t happen. It iced over in Nashville and basically shut down our town for a week. By the third day there wasn’t as much ice and it was snow at that point. Me and Mitchell were talking and we were like, ‘I know we had today set aside. Do you want to skip or reschedule?’ Both of us were like, ‘what if we’re supposed to write something really cool today?’ and then I feel like we ended up doing that because we wrote this song. I had him sing down a version just so I could hear somebody else on it and then I got in and sang my version. About a week later I was talking with him and I was like, ‘hey, so what if this is a duet between the two of us? Would you be down for that?’ and he was like, ‘absolutely’. That’s what the song ended up becoming. We started playing it for everybody and they were like, ‘this has to be on the record’. It was really organic, pretty much like everything else that’s on the project. It just seemed like the right songs found their way to what this was going to be.

The other song that caught me by surprise is ‘One Of Them Nights’, which might be the hardest I’ve ever heard you rock out…

I’m singing really high on that song (laughs). It was a lot of fun to write though. We wanted something that had a little swagger and could be a show opener kind of song. I ended up writing that with Chris DeStefano and Rhett Akins. It was just a whole lot of fun.

I know I’ve said this to you before but I would come and watch you sing the phonebook, and I would love it, because your voice is just so incredible, particularly live. You push it in lots of different ways on this record that we’ve never heard before. Was that a conscious decision or is it just how the songs turned out?

It may be just the amount of time that I had in the studio. That was the one bright spot of everything that happened with everybody being shut down through 2020. The one place that I could go to was the studio and write songs, sing vocals and mess around with mixes. It was my only creative outlet because I was not able to go play live shows. I just put a lot of time and a lot of effort into this record and went for a couple of things vocally that maybe I wouldn’t normally have tried. So maybe that’s why.

I have to congratulate you on ‘Famous Friends’ with Kane Brown, the title track from the album, on being yet another number one for you. You’ve had so many number ones at this point. Is it still a big deal to you?

Oh, absolutely. It never gets old. I’m never gonna not celebrate that. I’ve told everybody I’ve come into contact with, people that don’t even know me. I’m like, ‘hey, by the way…’ (laughs) I’m very, very excited. I grew up wanting to have a hit on Country radio so when you get one, especially when you get one that’s multiple weeks at number one, you got to celebrate that.

When we spoke a couple of years back you were teasing the release of ‘Drowning’. That song is perhaps the most vulnerable we’ve ever heard you. Was it a hard one to write?

You know what, it wasn’t hard to write once I’d found the right idea. When we were discussing that in the room that day – me, Corey Crowder and Josh Hoge, the three of us have written a lot of stuff together over the past several years – this one was just something really different for me. It is very personal. I’ve seen it be cathartic for other people and knowing what that means to lose somebody and have a song encapsulate that feeling, and know that other people feel that way about the song, means the world to me. It’s the only song I’ve ever broken down on stage (while performing). I only did it once at the Opry. I just couldn’t get through singing it. I think that says something about how important it was to include that on the record for me. That is definitely the counterpoint to the fun party happy songs that exists. You still have to have your breakup songs, that’s the deal with something that’s maybe not the highest point that you’re going to be at, but it’s a very emotional high point.

That song really hit me because I had lost a friend the year before that song came out. I sent it to my husband at work and 10 minutes later I got a message back thanking me for making him cry in the middle of the office…

Well, I appreciate that because that’s what the song was supposed to do. There’s nothing off limits in Country. You can sing about anything and everything. It’s something that, while I’m saying it’s important to have it on the album, this song was important to me, just to be able to finally encapsulate that feeling that I had, especially with the chance to not say goodbye to somebody. I woke up one morning he was there, there was a car accident and then the next day I never get to talk to him again. It’s tough.

You mentioned that this album has evolved from when we last talked about it. Was that as a result of the pandemic or did it naturally evolve as you were getting the songs together?

I don’t know. Maybe if there was not a pandemic, do I take more time to continue to cut things and add to? I don’t feel like anything was removed from this record but I do feel like we added to it as we kept going. I don’t know if it’s because of the pandemic but I do think that again it’s the one bright spot out of the craziness of that. What that allowed me to do was put my focus to one place creatively (so I decided) to make the best record I can possibly make.

Something else you’ve teased with me before is an expanded version of ‘It Must Be Christmas’. Is there any information on when that might happen?

I just had the conversation the other day… ‘hey, it’s about time to maybe add some more to that’. If not this year, it’ll probably be next year but that’s definitely something that’s on my radar. I know that we’ve discussed it before. I love Christmas music so it’s always fun to do that.

Now that the world is opening up again, might we see you over here in the UK touring in support of ‘Famous Friends’?

Yeah, it’s been too long already for me. The minute that that’s a possibility, I will absolutely be there playing.

I was at the show at the Hammersmith Apollo the last time you were here. I’ve never been in an audience that’s so quiet but at the same time so electric…

Man, that was a really fun show. I really enjoyed it. It had been a while since I’d been over even before that. To be able to go back and have that many people show up. It’s always a question, when it’s not the US where I’m playing constantly, when I go overseas, whether it’s to the UK or whether it’s to Australia or even Canada, when you leave where you’re used to playing and go play somewhere else you wonder if people are going to show up and be as excited as they were last time. It was really welcome to see that amount of love directed my way. It was not lost on me at all.

That’s the thing you can point to and look forward to out of all the the craziness that everybody’s been through. On the other side of it, we’re all going to get together and there’s going to be music, and we’re going to party.

What song on ‘Famous Friends’ are you most excited for people to hear?

I’ll pick one that I’ve teased on Instagram. ‘Tonight We’re Dancing’ is a song that I love that’s on this record. I wrote it with a couple really good friends of mine. It’s actually one of the guy’s first major label cut so seeing him get excited about it as a writer was really cool. I can’t wait for people to hear that one and dig into it.