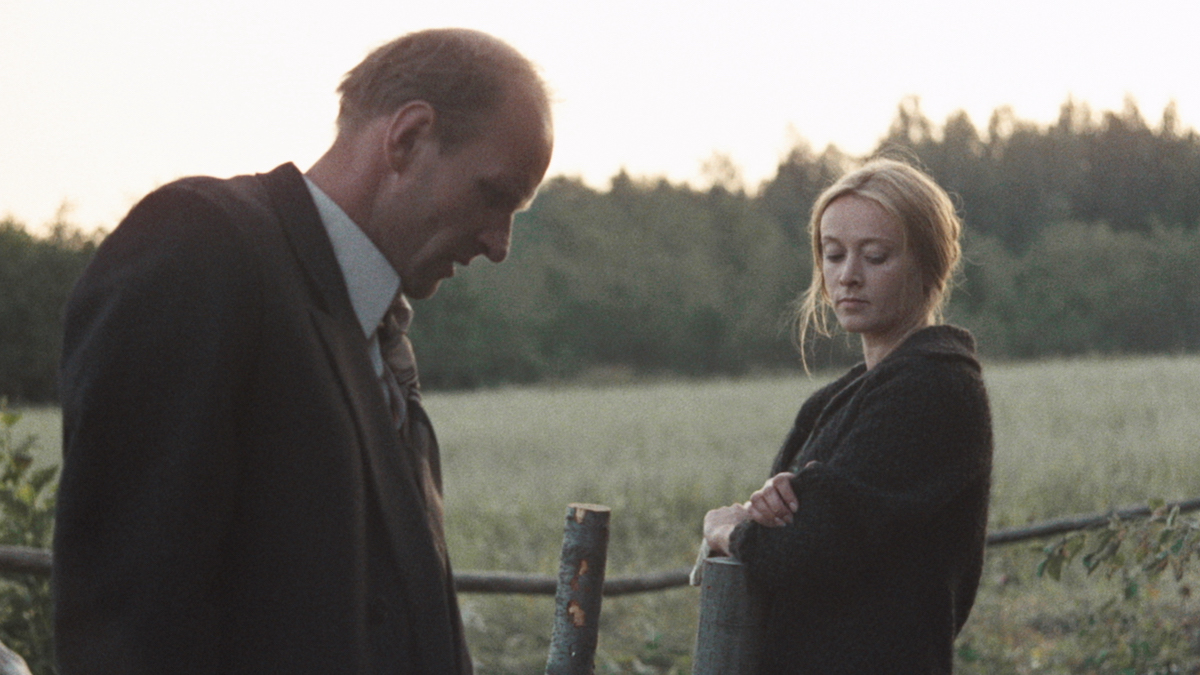 There’s definitely a case to be made that none of the films from Andrei Tarkovsky’s back catalogue are particularly accessible. They are all very dense, very weighty, very philosophical, and demand your complete attention. Put it this way, his films tend not to get put on in the background. If someone asked me to suggest an entry point into his filmography, I would probably advise that the safest bet is to start at the beginning and take it from there. What I categorically wouldn’t recommend is to start with ‘Mirror’, Tarkovsky’s 1975 masterpiece. This one is not for the uninitiated.

An almost hallucinatory trip through twentieth century Russian history, split across three timelines (pre-war, wartime, and the present day) and existing entirely within the endless confines of the inner psyche of a man recollecting moments from his childhood, ‘Mirror’ is a film devoid of traditional narrative. Vague, unreliable, and dreamlike, the film mixes memories, dreams, poetry, and newsreel footage to create a stunning mosaic of sound and image. It captures the ethereal nature of memory perhaps better than any other film before or since, though Malick’s ‘Tree of Life’ runs it close.

Drawing heavily from his own childhood, Tarkovsky takes us into the inner life of Alexei, who apart from one brief glimpse, we only meet through his voice over narration, with the camera taking the place of his POV in the present-day scenes. His memories (or imagined recollections) are centered around his time as a child and then as an adolescent living in the countryside with his mother (Maria), before and during the second world war. In the present day he quarrels with his estranged ex-wife (Natalya).

Further adding to that intangible quality of how memories blur and intersect, the adolescent version of Alexei is played by the same actor who plays his son in the present day, and Maria and Natalya are both played by the brilliant and enigmatic Margarita Terekhova. Alexei tells Natalya, “When I recall my childhood and my mother, somehow she always has your face.”

Tarkovsky uses colour coding to delineate whether we are in the past, present, or observing a dream or vision, which should help to keep you on track. However—and whether this was just playfulness on his part, or due to the availability of film stock—even these change up throughout the film. It’s so narratively unconventional it is almost impenetrable.

So yes, it is challenging and frustrating, but also a profound and sobering experience. Visually stunning and deeply moving, ‘Mirror’, for all its thematic and stylistic complexity, is a film best experienced emotionally rather than intellectually. Georgy Rerberg’s roaming camera glides through Alexei’s memories, untethered from traditional perspectives, it is free to capture all the beauty and anguish of the huge moments that shape us, as well as the tiny infinitesimal details that somehow lodge in the human psyche. Some of the images in this film are startling. The sudden swirl of wind which makes a wave through a grass field is nothing short of breathtaking.

‘Mirror’ is one of the most beautiful and spiritual pieces of cinema ever created, and thanks to this new restoration it has never looked or sounded better. Comfortably the best Tarkovsky release yet from Criterion, this handsome, two-disc digipack edition is packed with terrific supplementary features. First up on disc one is ‘Andrei Tarkovsky: A Cinematic Prayer’, which is a feature length poetic documentary made by his son, which premiered at the Venice Film Festival in 2019.

Disc Two kicks off with ‘The Dream in the Mirror’, a brand-new documentary made exclusively for this release, directed by scholar and filmmaker Louise Milne and writer Seán Martin. The film features interviews with collaborators, family members, and scholars of Tarkovsky’s work. ‘Islands: Georgy Rerberg’ is a Russian documentary from 2007 about the genius cinematographer, with special focus on ‘Mirror’, his most famous film.

Next up is a brand-new interview with composer Eduard Artemyev, who wrote the music for Tarkovsky’s three most famous films; ‘Solaris’, ‘Stalker’, and ‘Mirror’. Also included is a terrific interview from 2004 with co-screenwriter Alexander Misharin. He is a superb storyteller, and is almost a caricature of the quintessential Russian intellectual. This is a very entertaining and insightful interview.

The disc rounds off with two interviews with Tarkovsky from 1978 which appeared on French TV news. Even for such short clips, this kind of rigorous artistic conversation is such a rarity on television nowadays, never mind it being on the lunchtime news. It’s quite the novelty. Finally, included with the pack there is an essay by critic Carmen Gray and the 1968 film proposal and literary script by Tarkovsky and Misharin that they ultimately developed into ‘Mirror’.