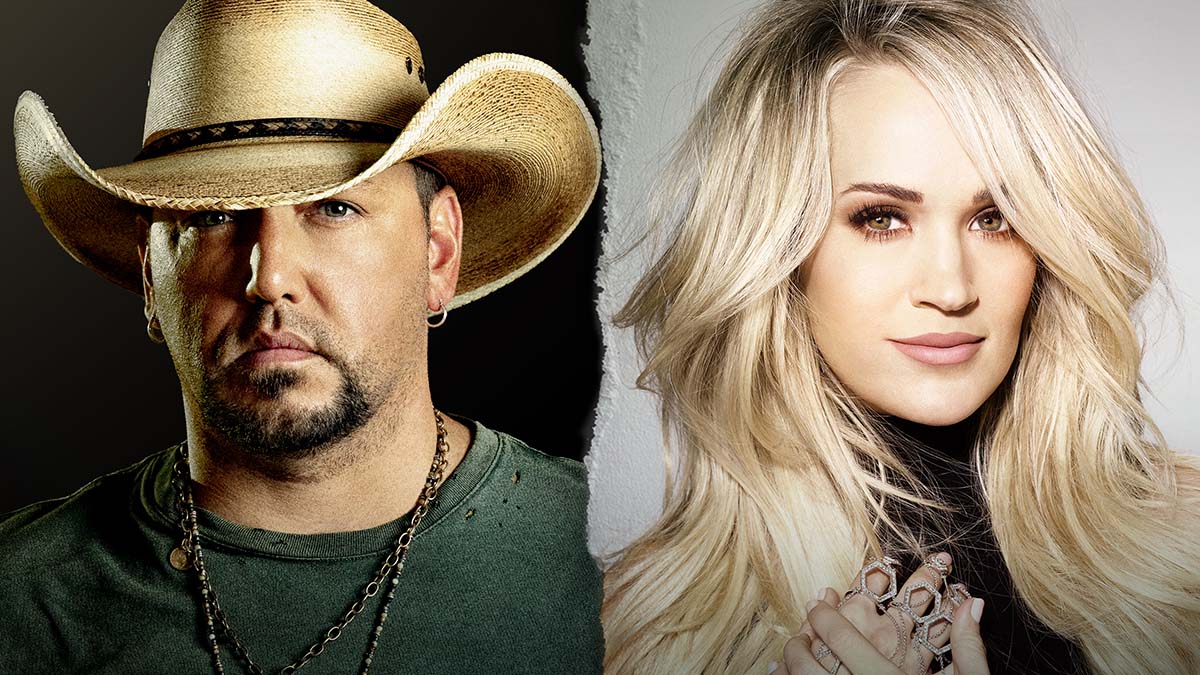 Jason Aldean and Carrie Underwood have teamed up for new single ‘If I Didn’t Love You’.

The single arrives as Aldean celebrates his 25th number one on US radio and is available to download and stream now.

“We were pretty close to finishing up this album, but this song came in and we knew we had to record it,” Aldean said. “I went ahead and put my vocals down while we asked Carrie in the meantime. Luckily she loved the song and it was kind of like a rocket from there. She did her thing like only Carrie can…and I don’t know how, but she made it sound even better than what we expected. It’s a really special song to start this album.”

Produced by Aldean’s longtime friend and collaborator Michael Knox, and written by his bandmates Kurt Allison and Tully Kennedy alongside John Morgan and Lydia Vaughan, you can watch the official lyric video for Jason Aldean and Carrie Underwood’s ‘If I Didn’t Love You’ at the top of this article.

Aldean is gearing up for his ‘Back in the Saddle Tour 2021’ launching on 5th August in Virginia Beach, VA. He will be joined by special guests Hardy and Lainey Wilson.

In this article:Carrie Underwood, Jason Aldean