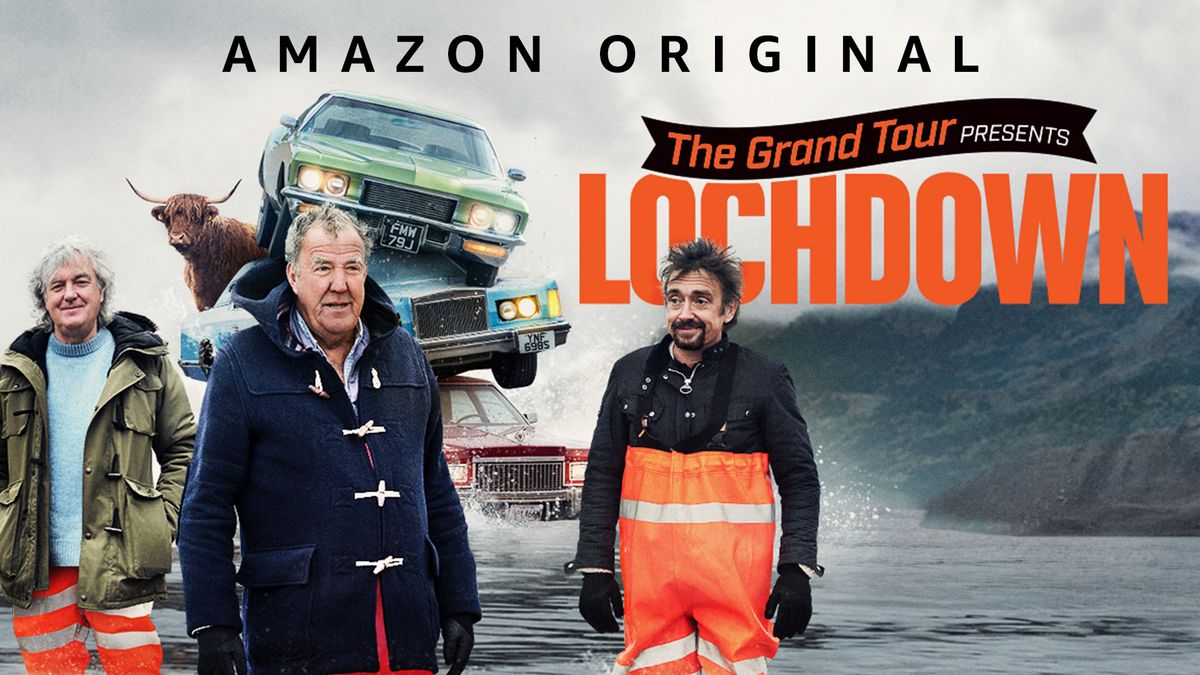 Most episodes of The Grand Tour usually see the trio of Clarkson, May and Hammond trekking across exotic landscapes in the far reaches of the Earth. The Covid 19 pandemic has made this sort of trip impossible but that doesn’t mean the boys can’t get up to their usual antics on more local shores.

Lochdown, as you may have already guessed, sees the trio heading to Scotland to celebrate the great 70s American cars they saw in TV shows as kids, and to find out just why it was, given their Dads were all driving terrible Austin Allegros, that these amazing vehicles never took off in Britain.

Along the way, they cause chaos on the ancient streets of Edinburgh, enjoy a hilarious, tyre torturing, high octane showdown with Abbie on the racetrack, before heading off to stage an epic Cold War shootout between the worst Soviet and American cars ever made. They also find themselves homeless in the Highlands after a series of housing-based crash bang wallop catastrophes, but still, find time to use classic muscle cars to put an infamous Pizza Express journey to the test.

After receiving a text from Mr Wilman, Richard, James and Jeremy modify their cars and head to the Outer Hebrides for one of their toughest challenges yet. At the far reaches of Scotland, they must build a homemade floating bridge across the Hebridean sea, capable of supporting them and their massive cars on a perilous journey to their final destination.

From the trailer, we get to see the usual nonsense we’ve come to expect and the episode looks to include crashes, sabotage and Hammond peeing in his own wellies!