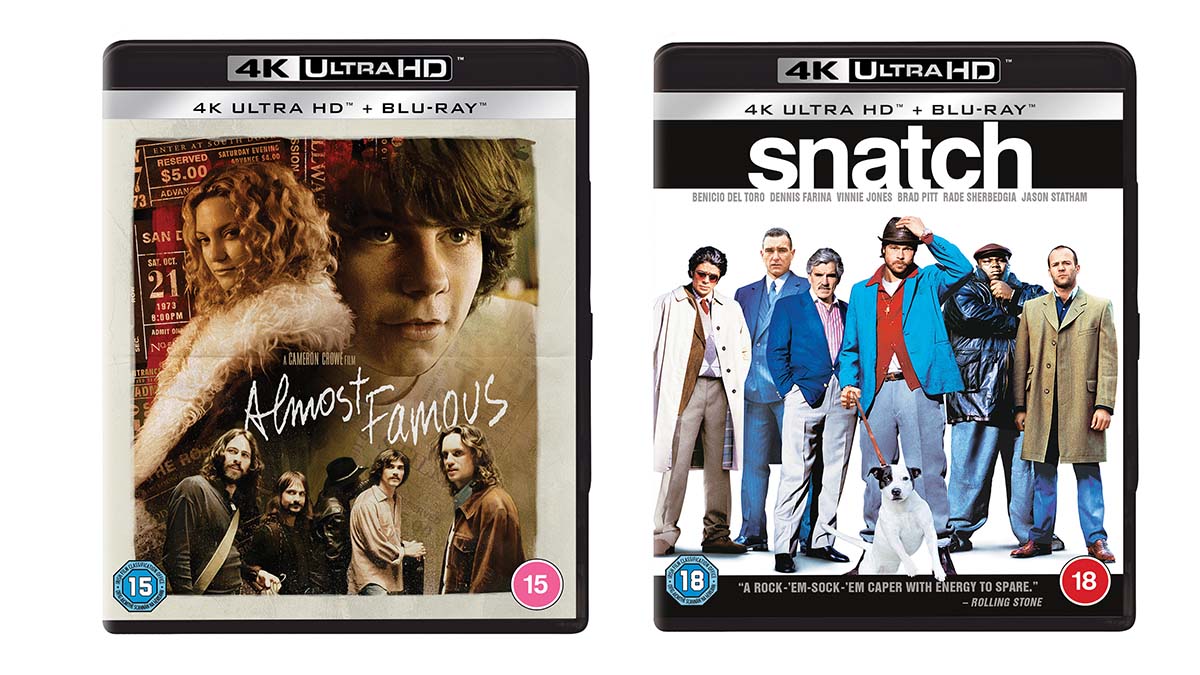 Rolling Stone magazine unwittingly hires 15-year-old William (Patrick Fugit), an aspiring journalist, after they read an article he wrote for Creem magazine. ‘Almost Famous’ is the hilarious and touching story of this intelligent young man’s journey into the world of rock and roll as he tours with Stillwater, an up-and-coming band struggling with their rise to fame.

‘Almost Famous’ was nominated for 4 Academy Awards® and was winner of Best Original Screenplay (Cameron Crowe, 2000).

In the heart of gangland, all goes wrong when wild-card Irish gypsy boxer One Punch Mickey O’Neil (Brad Pitt) starts playing by his own rules, and the duo find themselves heading for a whole lot of trouble. Meanwhile, Franky Four Fingers (Benicio Del Toro) and his stolen 86-carat diamond have gone missing in London. Head honcho Avi (Dennis Farina) hires local legend Bullet Tooth Tony (Vinnie Jones) to find them, launching everyone into a spiral of double-crossing vendettas and events, most of them illegal.

‘Almost Famous’ and ‘Snatch’ are both out this week on 4K!

To celebrate the releases we have 2 bundles featuring a copy of each film to give away. Enter below for a chance to win…

In this article:Almost Famous, Snatch