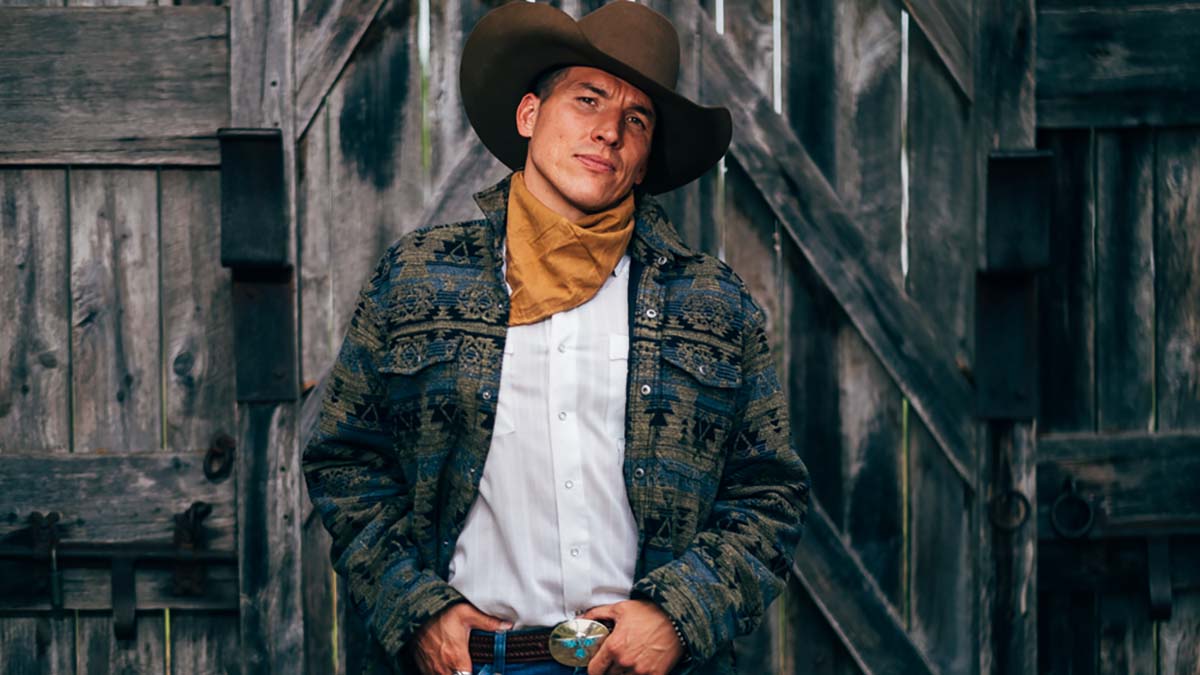 Texan singer-songwriter Dallas Burrow releases his self-titled album on Friday 23rd July 2021 and it’s one record you simply have to listen to.

Working with celebrated producer Bruce Robison, Burrow recorded the album to two-inch analog tape, creating an authentic record that combines Country, Americana and Roots. With an emotive voice that hits you straight in the heart, Burrow is about to be elevated to the next stage of his career once the album is released.

I spoke with Dallas recently to find out about the album, discuss working with Bruce, and to talk about finding his voice as an artist…

Your self-titled album is out this month. You recorded it in Texas as opposed to Nashville where you record your previous record. What was it like putting this project together?

The process of putting it together was a real treat. I got to work with a lot of great Texas musicians, and an incredible producer in Bruce Robinson. It was really a homecoming for me in that way. As far as the songs and themes and a thread that binds them, a lot of it had to do with settling down and becoming a father, having a family and putting down roots. A lot of the songs are dealing with those universal themes of maturing and coming of age sort.

It’s so refreshing that this album was recorded to tape rather than using the digital conventions that are so popular in music now. Doing that really brings something different to it doesn’t it?

That’s how Bruce works is to tape. I knew what I was getting into but I’d never worked in that medium before. You have an idea about what something is going to be, but you don’t know really what it is until you get there. It’s a good analogy for fatherhood (laughs). It does have a very warm and natural overall vibe. I couldn’t be happier with the way it turned out as far as that goes. It does feel really organic.

Is it more pressure knowing that you’re recording it ‘as live’?

Definitely. It was nerve wracking at first (laughs). I’ve done a fair amount of recording and some people will call it ‘red lightitis’, when the red light goes on and you know you’re actually tracking. I’ve been in and around enough studios that I don’t really get that nervous anymore but with the tape rolling, it’s a different thing man. It’s an enormous amount of pressure.

What really affects me about you is your voice. When I’ve been listening to the record, I feel like I’m going through every word you sing and it makes me very emotional. When did you realise that you had a voice and that you wanted to do music?

Well, man, I appreciate you saying all that. I was pretty young. My Dad was a songwriter, never a professional performer or anything like that, but I was accustomed to seeing my Dad sitting around the house playing guitar and singing songs so that just gets ingrained in you. Pretty early, when I was 10 or 11, I got my first guitar and started working out and learning different songs. ‘House of the Rising Sun’ was the first song I ever learned how to sing and play. From an early age, I got excited about it. Growing up, I started playing in church, which is a place that a lot of folks start out. Throughout my life, there’s been a continuous journey to find my voice. I do feel like I’m getting closer to being the singer and the songwriter that I want to be.

I would say you’re there to be honest! “Father’s Son” is the song that stopped me in my tracks. It’s such an honest song, and your lyrics generally are very honest. Is it easy for you to let so much of yourself out through your songs?

I’m kind of an open book. If you get to know me, I don’t hold a lot back once I get comfortable talking to someone. It’s an effective device as a songwriter to be really brutally vulnerable and honest. When you lay out your real truth, and the truth of the matter, in that way you don’t leave any room for somebody to avoid the way that makes you feel. (“Father’s Son”) in particular (I’m) talking about when my mom got pregnant and my dad left town, then he came back and I think it’s so visceral. It’s intentional as a writer that I’m trying to make you feel something. I’m trying to breathe, that experience into the moment so that it does hit you in the heart.

Well you ruined me with that track so well done (laughs)

Do you have any plans to get over to the UK with your music?

Oh, man, I’d love to get over there. I don’t have any definite plans at this point but it’s definitely something I’d like to do.

Now the album release is almost here, how are you feeling about it finally going out into the world?

Oh, I’m ready. I’ve been playing pretty regularly, as much as I could. Texas has been, as Texans tend to be, bold about things. We’re opening back up a little sooner than probably a lot of places are. I’ve got my chops up and I’m ready to go. I’m ready to get out there and play for people for sure.

What was the most challenging thing about making this record?

The greatest challenge was we were we recording during COVID. There would be spikes in the numbers, and we’d have to disband and take a few weeks off and then come back and we’re all in masks. While on the one hand it did give a lot of people an opportunity to work in the studio, it also made it a little bit difficult because it’s impersonal when everybody’s in a mask and you have to keep your distance . From a practical standpoint, the greatest challenge was doing it in the midst of the lockdown. On the other hand, it gave everybody plenty of time and energy to devote to that stuff so it’s kind of a blessing in disguise in some ways.

Dallas Burrow releases his self-titled album on 23rd July 2021 and you can pre-save it at https://bstlnk.to/DallasBurrow. Watch the video for ‘Country Girl’ below:

In this article:Dallas Burrow, Featured